Making a movie into Franchise and producing various sequels and parts to it has turned out to be a trend in Bollywood. Not just sequels, but there are triquels and some seem to have no end. From Dhoom to Golmaal, these movies are going on and on. Most of the Bollywood movies we know end up with a sequel. And some of them are a sheer waste of time and money. This article is dedicated to few of the Bollywood movie Franchises that do not seem to stop.

This action-thriller franchise is all about bikes and thieves who are great at robberies. The Dhoom franchise experienced success because of the action sequences and smartly planned robberies. 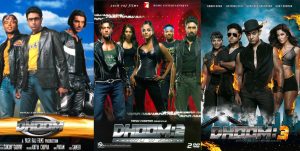 From Koi Mil Gaya to Krish, Hrithik Roshan has evolved as Indian Superhero. The child-like-man met with an Alien in Koi mil gaya and turns into a superhero. And since then the series is going on. 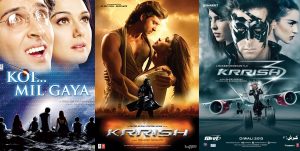 Don was the remake of 1978 blockbuster movie with same name ‘Don’ starring Amitabh Bachchan. The movie is about a gangster who is wanted by the police of 11 countries. While the first installment had the almost similar storyline with a little twist, in the end, the sequel to the movie was about the bank robbery that Don pulls off successfully.  Now, the makers are planning to bring in the third installment of the film. 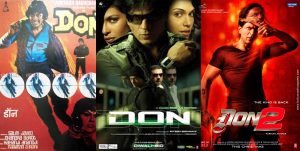 This movie franchise is a Full-fledged entertainer. The movie has stars like Ajay Devgn and Arshad Warsi in the movie. Not just this, Tusshar Kapoor playing the role of a mute person is a hilarious watch. The movie started with the story of four friends trying to find out treasure hiding inside the blind couple’s bungalow.  The movie was an immense success and since then there have been a sequel, triquel and what not for the movie. 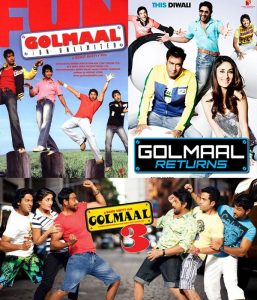 Dabangg made people try to imitate the Inspector Chulbul Pandey’s style. Salman Khan is the whole and soul of the movie due to his style, spontaneity and his happy-go-lucky characterization of Chulbul Pandey. Sans Salman Khan, the movie might not have had been a massive hit. 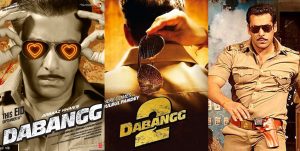 The murder franchise started in 2004. And the franchise is going on with some strangely odd storylines and murder-thriller-mystery. Murder Franchise though is a weak franchise but it never fails to give us some great songs. 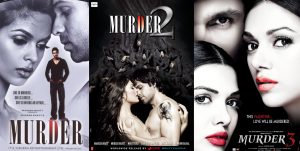 Raaz started in 2002 and since then it has four installments to it. Thanks to the franchises like ‘Raaz’ and ‘Murder’, an otherwise talented artist Emraan Hashmi has forever been stereotyped as a serial kisser. 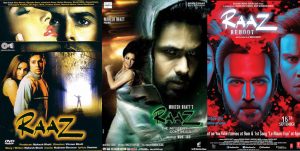 This is an average humor-based franchise with lame jokes featuring Akshay Kumar in the lead role of all three movies. The franchise managed to gain popularity due to some punchlines and a few catchy songs. The movie as of now has four installments. 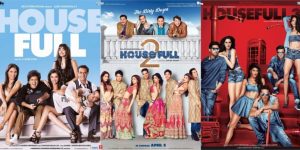 Three men who are bored of their married life are looking for some fun and plan to cheat their wives. Every time they plan to cheat, they end up in some trouble. And this storyline continue.  Masti, Grand Masti and Great Grand Masti, star Aftab Shivdasani, Vivek Oberoi and Riteish Deshmukh while their wives keep changing in every film from the franchise and so does the hottie who is the reason behind their troubled lives. 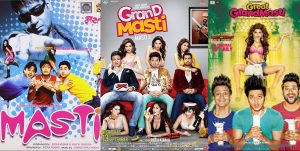 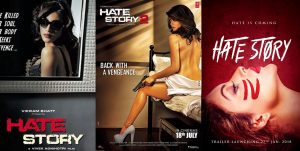 The series started in 2007 which was a story of four friends and how their fortunes take a turn after they accidentally bump into an underworld don. The sequel to the movie was in continuation to the first part. And now the third installment of the movie will have Ajay Devgn as lead. 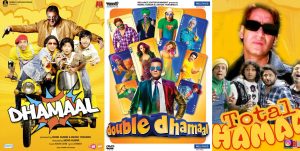 Race franchise started in 2008. The movie is ready with its third installment. The action-thriller is successful on box-office for its twisted plans and for the race between the protagonist and antagonist. The first two installments had Saif Ali Khan in lead, but Race 3 will witness Salman Khan replacing Saif Ali Khan to play the lead. 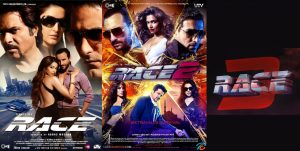 THESE PICTURES PROVE THAT ALIA BHATT IS A CAT PERSON!

ALIA BHATT TURNS 25, HERE IS HOW B-TOWN WISHED THE ACTRESS