“15th August Is A Good Date. I Have Another Film Which Will Release On 15th August Next Year Too.”John Abraham

‘Batla House “is an upcoming Hndi film being directed by Nikkhil Advani The film ins inspired by the operation Batla House that took place in 2008.The film stars John Abraham in the lead role as a police officer by the name –Sanjeev Kumar.

At the recently held   trailer launch of his forthcoming film,’ Batla House’ ,John Abrham will be seen wearing the Police officers uniform…… we asked John about donning the police avatar  innumerable times in his earlier films so does the cop uniform ensure a box office hit? “No…. wearing the cop uniform does not ensure the success of a film.Infact someone wearing a cop uniform in a bad content will not  sell The content has to be good  for the audiences to enter the theaters.” 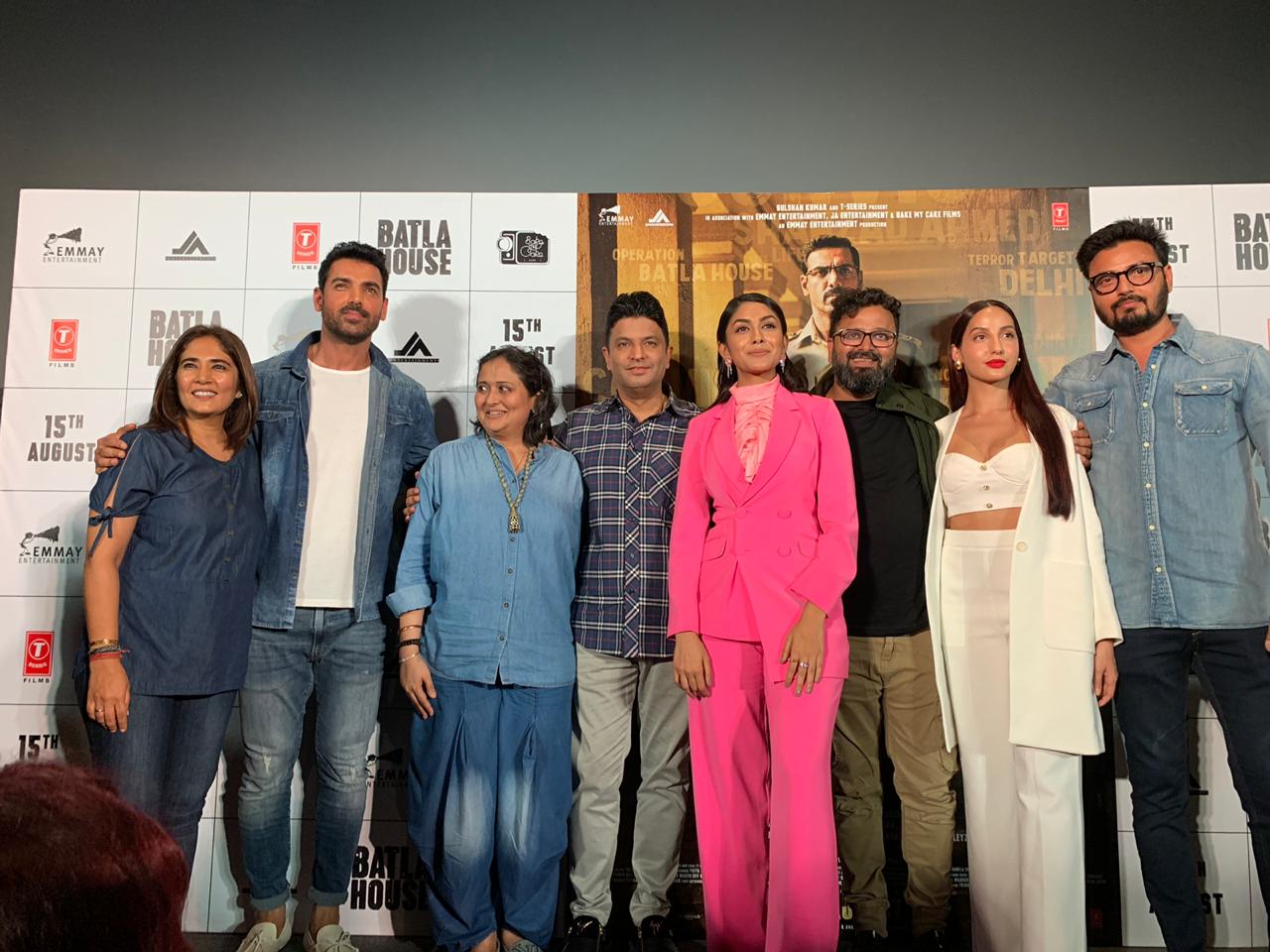 Donning a cop’s uniform often in most of your film, does it make you more patriot?  I don’t think, you need any talent to love your Country. Your love and feel for your Country comes naturally .Similarly, these roles too come naturally to me…my next film is,” Pagalpanti”.Its a comedy film and I love doing comedy films as well. I love to perform in all kind of genres.

Your film Batla House and Akshay Kumar’s film, “Mission Mangal” will clash at the B.O on the 15th August…How do you look at it? I have watched my film Batla House.’ And Director Nikhil Advani has really done a fabulous job.Im sure our film will do well. For the other two films’ I can only hope that those films too do well.’ Also releasing films on 15th August John adds,’ 15th August is a good date. I have another film which will release on 15th August next year too. 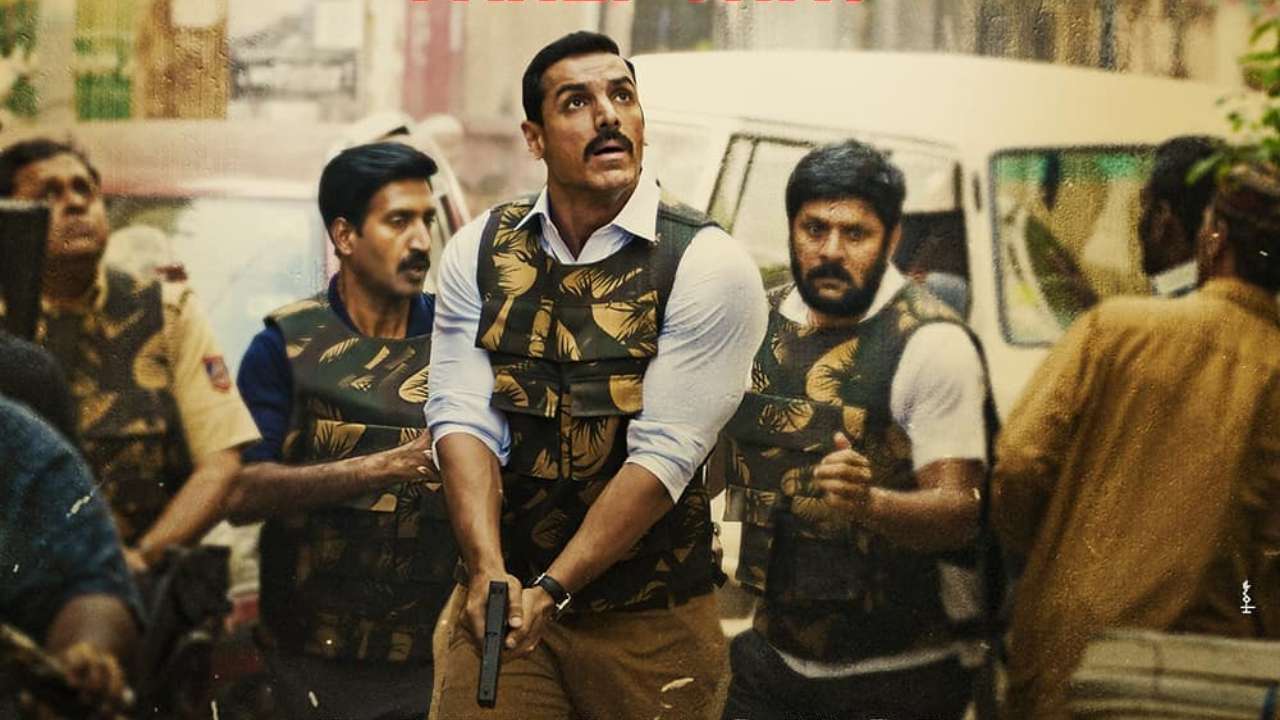 Unlike other stars who refuse to answer some queries of the media, which might not be relevant to their agenda- during their Press meets…But unlike them, Actor John Abraham is an actor who always answers socially /environmentally/Politically relevant questions at any event ’[platforms]

Water conservation, I think it’s a relevant question I think water harvesting is not being done properly in our City/Country. I think if you can harvest water rightly the  in every City , our  Country can have enough water, we also get tensed when there are no rains. However when it rains we face problems. But if we don’t get enough rains in our country then the waters are going to dry up in 30 years. It’s a serious issue of the entire Country. 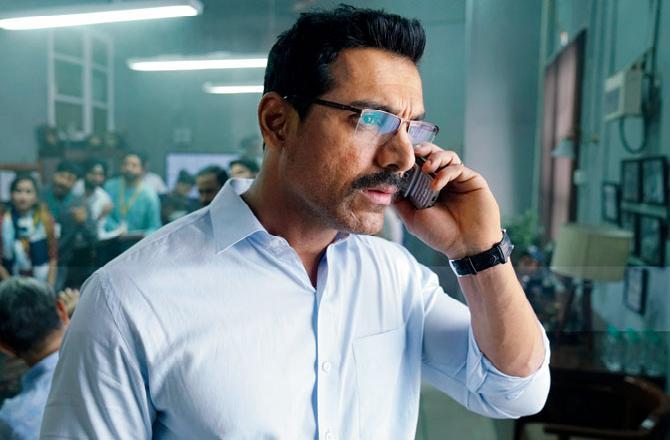 Adding further,” Maharashtra Government has decided to cut 43 hectares of land at the Arrey Mill Colony. It’s here, you are forced to think if we are thinking in the right direction or wrong direction I am opposed to this cut of 33 hectares of land. While someone is opposed to the Costal road but… I feel by cutting 33 hectares, we are displacing animals and many human beings too who reside over there. It’s ridiculous for human beings and everybody…. it’s a cause of concern. I don’t understand where we are heading towards.”