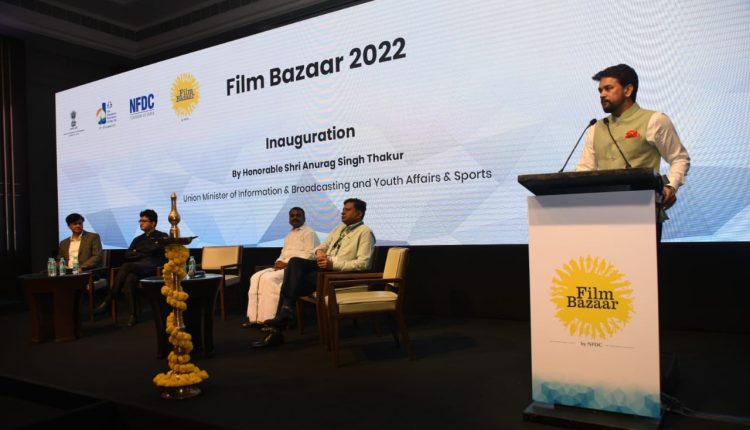 Addressing the gathering at inauguration of Film Bazaar, Union Minister for Information and Broadcasting and Youth Affairs & Sports Anurag Singh Thakur, said that India is one of the largest film making countries in the world, and International Film Festival of India (IFFI) is Asia’s biggest film festival. Hence producers come here to engage, and collaborate with filmmakers in India, making IFFI the right platform for the initiative of Film Bazaar. Sharing his vision of India becoming a large marketplace for film industry, Union Minister Anurag Thakur said that at IFFI there will be ample opportunities to find co-producers and collaborators for films. “We aim to become a large marketplace where films can be made and sold”, he said.

The Minister also recognised the efforts of NFDC, Ministry of Information & Broadcasting and the Steering Committee, in bringing changes and introducing new initiatives in this year’s IFFI.  He invited suggestions and ideas to make IFFI further bigger and better. 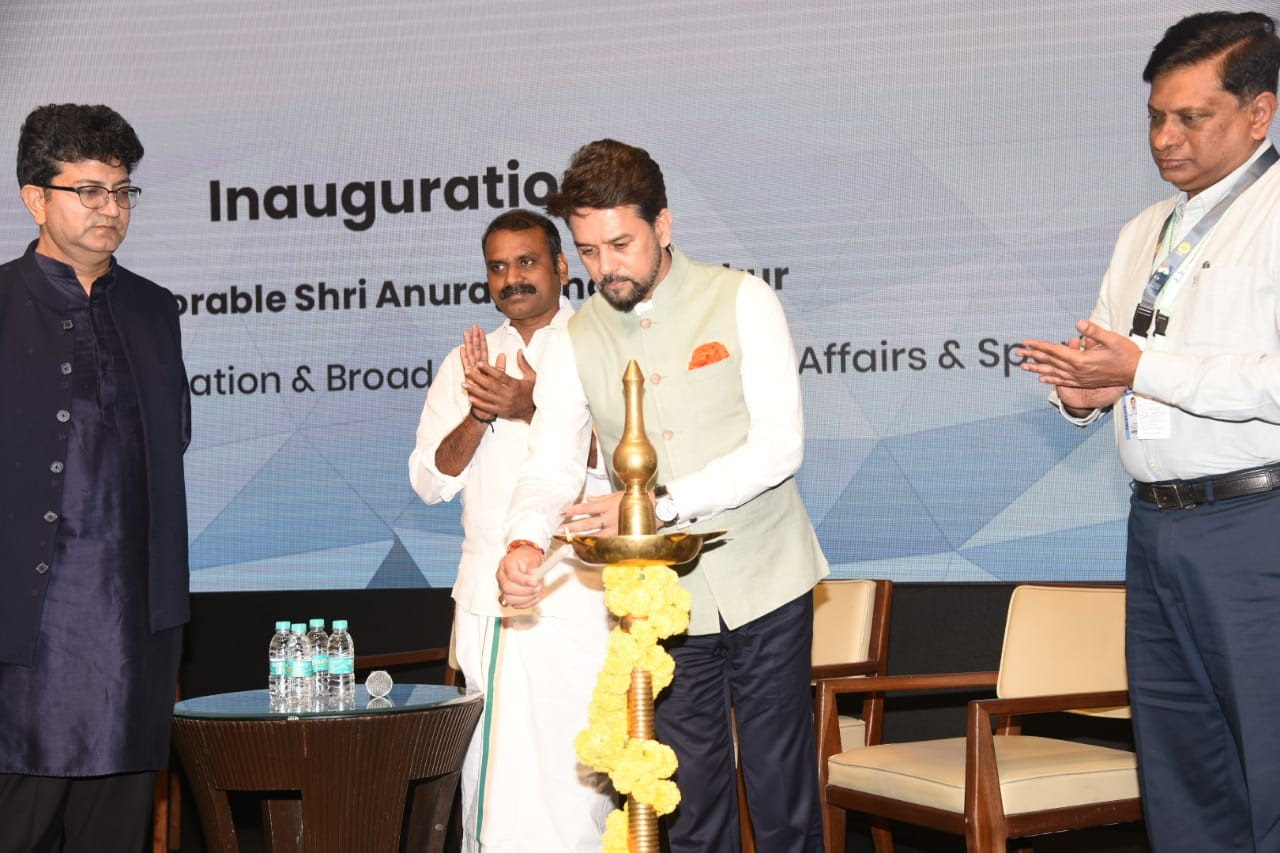 Film Bazaar, the largest South Asian film market, was inaugurated today in Goa by Union Minister Anurag Singh Thakur. The initiative organised on side-lines of 53rd International Film Festival of India(IFFI), encourages creative and financial collaboration between the South Asian and International film communities. Minister of State for Information and Broadcasting Dr. L. Murugan, Secretary, Ministry of I & B Apurva Chandra along with representatives from National Film Development Corporation (NFDC), film industry among others attended the event.

Created and organized by the National Film Development Corporation (NFDC), Film Bazaar has evolved into South Asia’s global film market from its humble beginnings in 2007. Every edition witnesses increased national and international participation. Over the years, films such as Lunch Box, Margarita With A Straw, Chauthi Koot, Qissa, Ship of Theseus, Titli, Court, Anhe Ghode Da Daan, Miss Lovely, Dum Lagake Haisha, Liar’s Dice and Thithi have been through one or more program of the Bazaar.

Over the course of five days, Film Bazaar becomes the converging point for film buyers and sellers from all over the world. The focus is on discovering, supporting and showcasing South Asian content and talent in filmmaking, production and distribution. The Bazaar also facilitates the sales of world cinema in the South Asian region.