By Khushboo Yadav Last updated Apr 12, 2018
5 BOLLYWOOD ACTORS WHO DARED TO DO EXPERIMENT WITH THEIR ROLES RECENTLY
1,265
Share

Experiments play an essential part in the show business, as the creativity of the filmmakers and the risk taken by the actors to play a part outside their comfort zone combinedly results as an interesting film. In the recent past years, we the movie-buffs witnessed, our Bollywood actors try to do different stuff with respect to their films and roles.  Now the creativity of our films is not just limited to foreign locations, typical love stories or Bollywood stars doing some unrealistic action sequences. Not just “actors” (Rajkumar Rao, Irrfan Khan, Vidya Balan)  but the “stars“ of Bollywood (SRK, Akshay Kumar, Salman Khan, Sonam Kapoor) are also trying to push their boundaries outside their comfort zone. For which some of our actors go to extremes for their roles, some of them have completely transformed themselves to fit in every bit of their characters and to match the vision of their directors. Rather than sticking to similar roles, acting is all about experimenting with different roles and getting into the skin of the characters.

Here are 5 Bollywood actors who dare to do different kinds of roles in the recent past years.

After nailing his role as Khilji in Padmaavat, of course, Ranveer Singh is on top of our list. His role of antagonist in the film makes you want to hate him to an extent that you end up loving his portrayal of monster Khilji who is a bisexual barbaric Sultan with a scarred face, kohl-lined eyes and a greased torso. His role in the film clearly proves that for Ranveer the role of Khilji is one of the most experimental and unique roles of his career. Which ultimately results that he had succeeded to transform his image from flirtatious yet charming Ram (Ram-Leela), Perfect Peshwa (Bajirao Mastani), or other fun or good boy role from any of his other films. 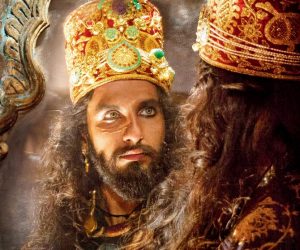 In case of our Khiladi Kumar of Bollywood, he is known for playing different roles from action hero to comic roles to play an army officer in patriotic films. But his last year’s socially relevant film Toilet: Ek Prem Katha and upcoming film Pad Man give a twist and turn to his filmy career and these film proved to be the perception changing films about Akshay Kumar. Not just those two films but his other upcoming films like Gold, 2.0 and Mogul will definitely give a new definition to his career. 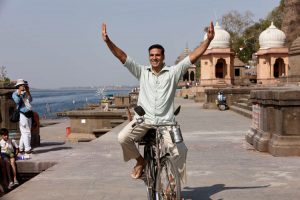 Saif Ali Khan’s last three releases such as Kaalakaandi, Chef, and Rangoon proved that the actor has decided to become more experimental with genres of his films. His bold choices of films is a medium to rediscover himself as an actor and relive the passion for cinema and acting and these films are the steps towards in the right direction of meaningful work. At this point in his career and age, he can afford to do such films like Kaalakandi and which are might not good for the box-office collection but definitely redefined his filmy career. 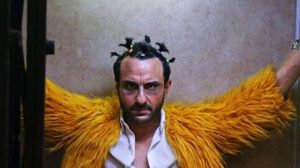 Four films old Kriti Sanon played a role which was out of her comfort zone. She played a non-conventional heroine in her last year release Bareilly Ki Barfi. She played a girl named  Bitti, who refuses to follow the rules of society and make her own decisions. She is very independent and a free girl, who doesn’t fit in the standards of an idol girl or acchi ladki of society. She smokes, does break dance and watch English films which makes her the rebellious different from others.  This role can definitely help Kriti to pave a way for an exciting career graph in Bollywood. 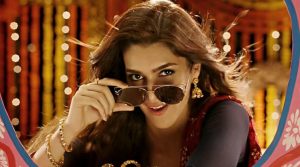 Bollywood’s one of the most versatile actors Rajkumar Rao gave back to back hits last year. As a result, 2017 seems to be the golden year for the actors, as he was featured in total six films out of which Bareilly Ki Barfi was super hit and Newton was nominated for Oscars. He also won various awards for the best actor category. He was recently also bragged the award for his hit web-series Boss: Dead/Alive. So, it is clear that he played seven different characters last year. His character of Vidhrohi from Bareilly Ki Barfi will remain in audiences’ memory for a very long time. 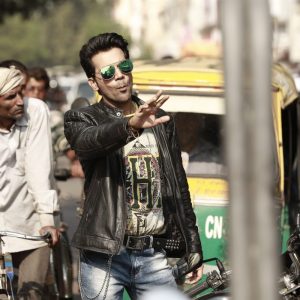 That was our list of Bollywood actors who dared to experiment with roles. If we miss out on any name please share it in the comment section below.

Shamita Shetty dissolves her differences with Nishant Bhatt, audience hails her for…