Bollywood and Cricket are the two professions that are worshiped by our nation wholeheartedly. And when these two come together, it’s a different ball game altogether. You know what we’re talking about! Whenever there is buzz about a cricketer dating a Bollywood actress, it becomes the talk of the town. And we must say, this is something we await eagerly. So, to satisfy the love-bug in you, here are five super awesome Cricket-Bollywood jodis that had the press rolling. 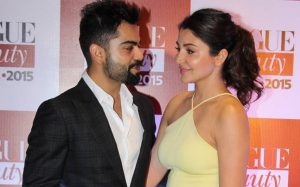 Often called “Virushka” by fans, the couple met first on the sets of a shampoo advertisement and since then there has been no looking back. Virat and Anushka’s relationship has been under the public eye since the very beginning. In the beginning, Anushka was often blamed for matches lost by the Indian cricket team. They started as friends, and then it took a number of front-page headlines before they admitted to being in a relationship. But whatever the case, they’ve been open about it on social media and keep posting photos with each other on their respective handles. They had a bit of a spat in between when Virat unfollowed Anuskha on Instagram, but recently he openly revealed that he considers the actress his lucky charm. 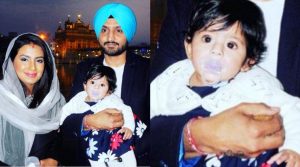 Harbhajan Singh and Geeta Basra had been dating for a while before they decided to get hitched. Bhajji was often teased with the question “Tera ghar kab Basra?” The couple started dating in 2007 and got married on 29th October, 2015. Harbhajan also did a cameo in the film Second Hand Husband, which starred Geeta. The film, which released in July 2015, had Geeta looking for true love. When she finds her man, the camera pans towards Harbhajan Singh. Haha, cute, no? Oh yes, they are. They are now blessed with a baby girl as well named Hinaya. She is as cute as her parents are. 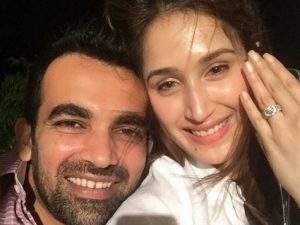 Zaheer Khan, The original Delhi Daredevil, made it official that he was engaged to Sagarika Ghatge by posting a picture on his official Twitter account earlier this year. News of their relationship had been doing the rounds for quite sometime, but now things have taken a turn for the better. Khan was the main pick of bowlers for the Indian cricket team from 2000 to 2014. Sagarika had made her debut with Chak De India where she essayed the role of a national hockey player. 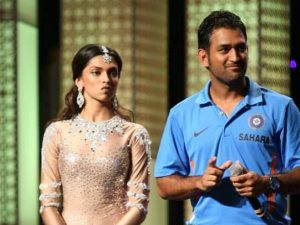 Not every relationship has a happy ending and Deepika and Dhoni’s was just one such jodi. Captain Cool reportedly had a huge crush on the dimpled actress post her Bollywood debut in Om Shanti Om. The media got enough fodder for gossip after Dhoni invited Deepika for a T20 match against Australia and Deepika’s presence at the match got the rumour mills buzzing about the couple’s relationship status but later things didn’t turn out well for them. Now Deepika seems to be happy with Ranveer Singh and Dhoni is happily married with one kid. 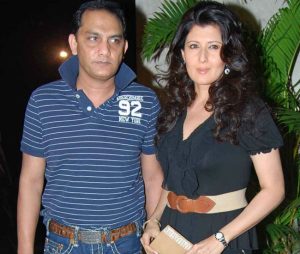 One of the most stylish cricketers of his era, Mohammad Azharuddin was known for his personality and ultra-stylish cricketing shots. Mohammad Azharuddin and Sangeeta were the hottest pair of the 90’s and were the page 3 icons in those days. The twist in the tale was that Azharuddin was already married with two kids at that time but then he went on to marry Sangeeta Bijlani after divorcing his wife. This super-hot pair was together for about 14 years but in 2010, they parted ways.

Who is your favourite couple out of this list? If we missed out on anyone, let us know in the comments below.

BIOPIC ON DEEPA MALIK TO BE PRODUCED BY EXCEL ENTERTAINMENT

5 OUTSIDERS WHO CHANGED THE GAME OF BOLLYWOOD