5 OUTSIDERS WHO CHANGED THE GAME OF BOLLYWOOD 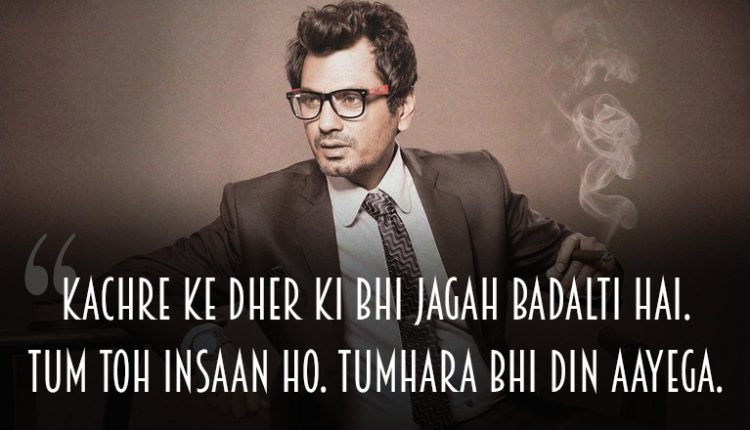 We all know how a wave of nepotism allegations has been riding high in Bollywood recently. Well, agree or disagree but the Hindi film industry has, at least at one point of time been a family affair with generations of Kapoors, Mukherjees and Khans dominating the scene. However, every once in a while, we’ve had commoners who came out of thin air, changed the entire dynamics of the industry and became a source of inspiration for a hoard of people trying to make it big in filmdom. Born and raised in the capital city of India, Shah Rukh Khan was only 21 years when he lost both his parents. He came to Mumbai with no one to support him and almost no money. All he had was desire—the desire to rule the city one day and as destiny would’ve had it, he is doing it for 25 years now and counting. From sleeping on roads and railway stations to becoming the second richest actor in the world, it has been quite a journey. Love him or hate him, SRK is the epitome of the rags to riches template. Rajiv Bhatia, aka Akshay Kumar, the ‘Khiladi’ of Bollywood never had a silver spoon. Before becoming what he is today, Akshay has juggled between several careers and jobs. Not only did he work as a waiter in a restaurant in Bangkok, but also used to sell clothes in India that he used to buy from Bangkok and Singapore. After having survived in the industry for more than 25 years now, Akshay has worked in more than 100 feature films and is still going strong. From being the Miss World to going all around the world, Priyanka Chopra has done it all and done it in style. Yes, the Miss World title paved the way for her, but we can’t ignore the fact that she came out of the small town of Bareilly, with no filmi connections and won the title owing only to her hard work and dedication. With award-winning performances in films like 7 Khoon Maaf, Barfi! and Fashion, an International Prime Time TV show, Quantico and the recent Hollywood flick Baywatch, Priyanka Chopra has proved that you don’t need to be born with a silver spoon to make it big. You are the stuff inspirational stories are made of, PeeCee! “Kachre ke dher ki bhi jagah badalti hai. Tum toh insaan ho. Tumhara bhi din aayega.“ This is what Nawazuddin’s mother told him when he was struggling to find a place in the industry. Born in a nondescript village in the Hindi heartland of India, Nawaz would have never even imagined that he would become of the biggest names in the showbiz industry. He moved to Delhi and worked as a watchman at various places. In this process, he frequently visited theatres and plays and started participating in them. He went on to join the National School of Drama (NSD) and graduated from the institute in 1996 and made his film debut with Aamir Khan’s Sarfarosh in 1999, where he played a terrorist. This was followed by a number of small roles over the next few years. He even acted in television serials and a few short films before his big break in Anurag Kashyap’s 2007 controversial filmBlack Friday. This was the film that put him on the map and there has been no looking back for this gifted actor ever since. Born in Ayodhya and coming from an army background, who would have imagined that Anushka’s jodi in Bollywood would be made with the Baadshah of Bollywood? No one, right?
Starting off as a model, Anushka always had big dreams and had to struggle to land her first film. However, since then, it has just been an uphill for this bubbly actress. She has openly admitted that she never had a father figure in the industry and wherever she’s reached is only because of her talent and confidence. And we can’t disagree a bit! From a model to an actor to a producer, Anushka has earned it all by herself.

Audrey Hepburn once said and we quote, “Nothing is impossible, the word itself says ‘I’m possible'”. These Bollywood stars surely seem to be living by this quote and these stories are just the motivation that we need! Whose story did you find the most inspiring? Tell us in the comments section below.