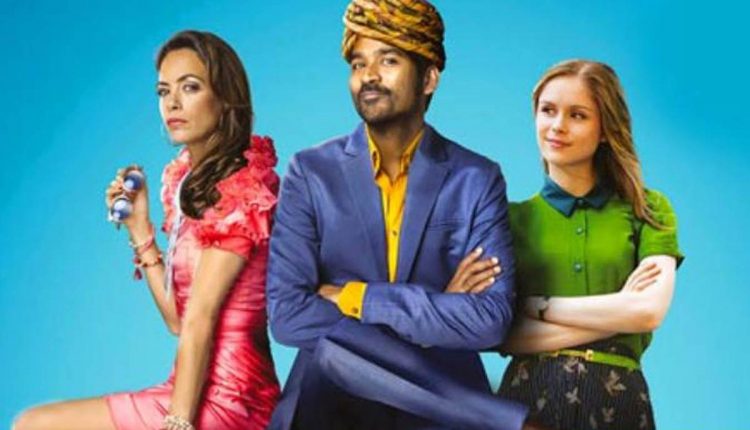 Directed by Ken Scott, The Extraordinary Journey Of The Fakir stars superstar Dhanush in the lead role and it is the story of an underdog travelling in the lands of Europe in search of his estranged father. Even though the word ‘Extraordinary’ which lies in the title itself is enough reason for us to go watch this film in the theatres, we will still give you 5 more reasons why you shouldn’t miss this film, which hits the theatres on 21st June.

1. Dhanush’s Brilliant performance: After proving his ace acting skills in the both South film industry as well as Bollywood; Dhanush has made his Hollywood debut with this film and we just can’t keep calm! Even the famous daily of the west, The Hollywood Reporter said this about Dhanush’s acting skills, “The film’s true appeal lies in Dhanush’s winsome turn as a down-and-out foreigner experiencing the absurdity of Europe, and its immigration policies, firsthand.”

2. Stellar star-cast: The Oscar-nominated actors like Bernice Bejo and Barkhad Abdi along with Erin Moriarty and Abel Jafri; are just an added charm to the movie. True to the character performances are something we love and enjoy the most on-screen and who could do it better than such a stellar star-cast?

3. Breathtaking locations and Soulful music: The film has been shot in the exotic locations of India, Brussels Paris and Rome which is definitely going to be a treat to our eyes! And when we talk about music, the maestro composer, Amit Trivedi has given a part of his soul to the film with the song Madaari (which btw, has become a mania in North America and Canada) and in the movie’s background score.

4. Heart-melting story: Like we mentioned, this film is the story of an underdog getting landed up in the streets of Paris and Rome in the search of his father and for the quest of money. This is the kind of story which appeals everyone and we are sure that this movie is going to touch many hearts because of its treatment and presentation.

5. Oscar nomination in the loop: As this film has created a lot of buzz in the film festivals, received many awards in France and rave reviews from the critics; the makers of the move are planning to send this film to the Academy. Well, if that’s the case, we are sure that you wouldn’t want to miss a chance to watch an Oscar-nominated film in the theatres, right?

The movie is based on the book by Romain Puértolas and it is revolves around an Indian street magician’s journey to Paris. The Extraordinary Journey of the Fakir is directed by Ken Scott and produced by Saurabh Gupta, Gulzar Singh Chahal, Aditi Anand, Samir Gupta, Luc Bossi, Jaime Mateus-Tique, Gregoire Lassalle, Genevieve Lemal and Co-Produced by Abhayanand Singh and Piyush Singh from Golden ratio who are also presenting the film.