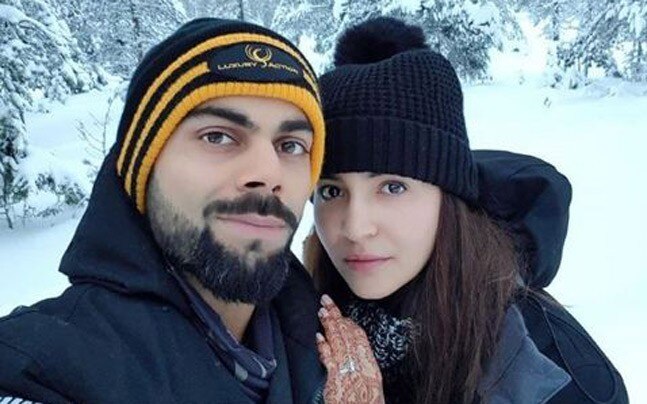 The fact that Virat and Anushka both sneak a little time out of their busy schedule to spend cosy time during their vacations is not less known. Soon, after their fancy wedding in Italy, the couple left for their long honeymoon in Rome followed by Finland trying to gaze at the Northern lights.  Their hugging and cuddling pictures were bask-worthy. The netizens couldn’t resist being in complete awe of their pictures. The sun capped mountains and the vivid streets of Rome in their pictures made us all feel so envious. 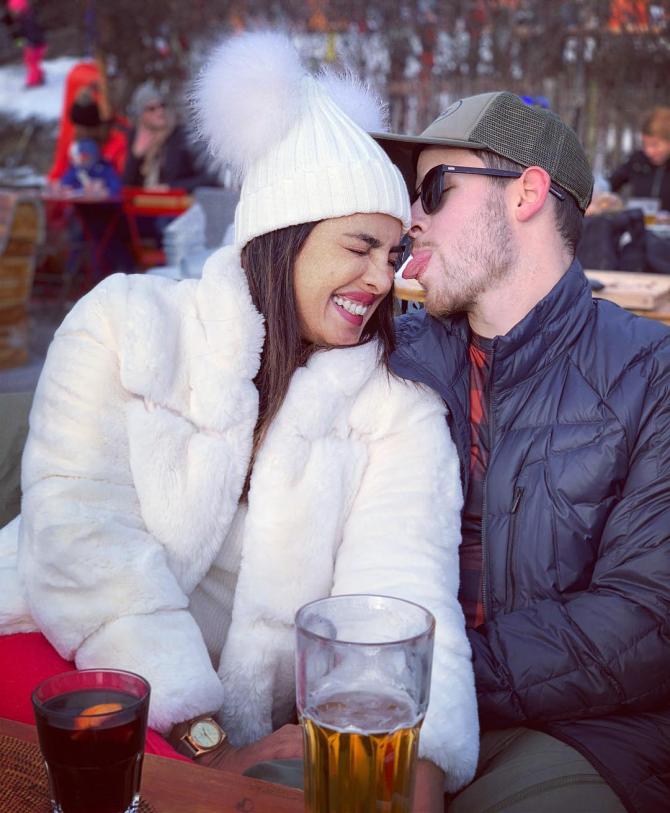 The newlyweds haven’t abstained from any sort of PDA. The lovebirds have been travel geeks since the time they weren’t together. Boom

now that they are married the fun is double. The couple is often seen at the extravagant beaches of Malibu, which is Nick’s favourite destination. They swirled around the Texas streets living up to the cowboy life. They spent their romantic honeymoon in the Arab’s Onam and later in the Caribbean. 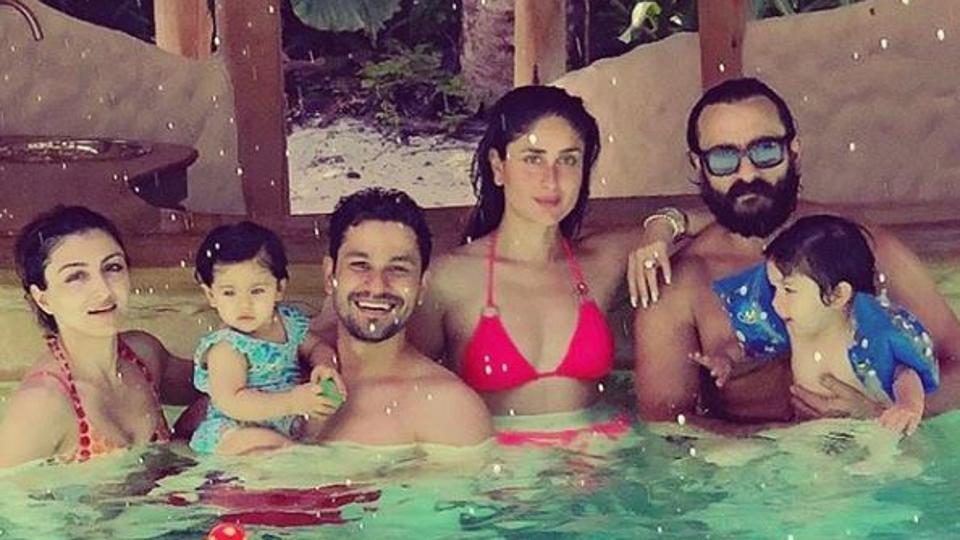 Couples who travel together, live together. Saifina is surely living up to this spirit as they are giving us absolute travel goals in their getaway to the Maldives along with sister Soha Ali Khan and her beau Kunal Khemu. What more? The cuteness dose was balanced by Little Taimur and Inaaya Naumi. The vacation was all about, Bikinis, Beaches and Babies. Soha kept the fans updated about the happenings of the vacation on her Instagram handle. At once, Kareena was seen rocking a pink bikini alongside husband Saif, and the other motherhood poured from her and Soha in a picture where Inaaya and Taimur were colouring and both the moms watched them lovingly. 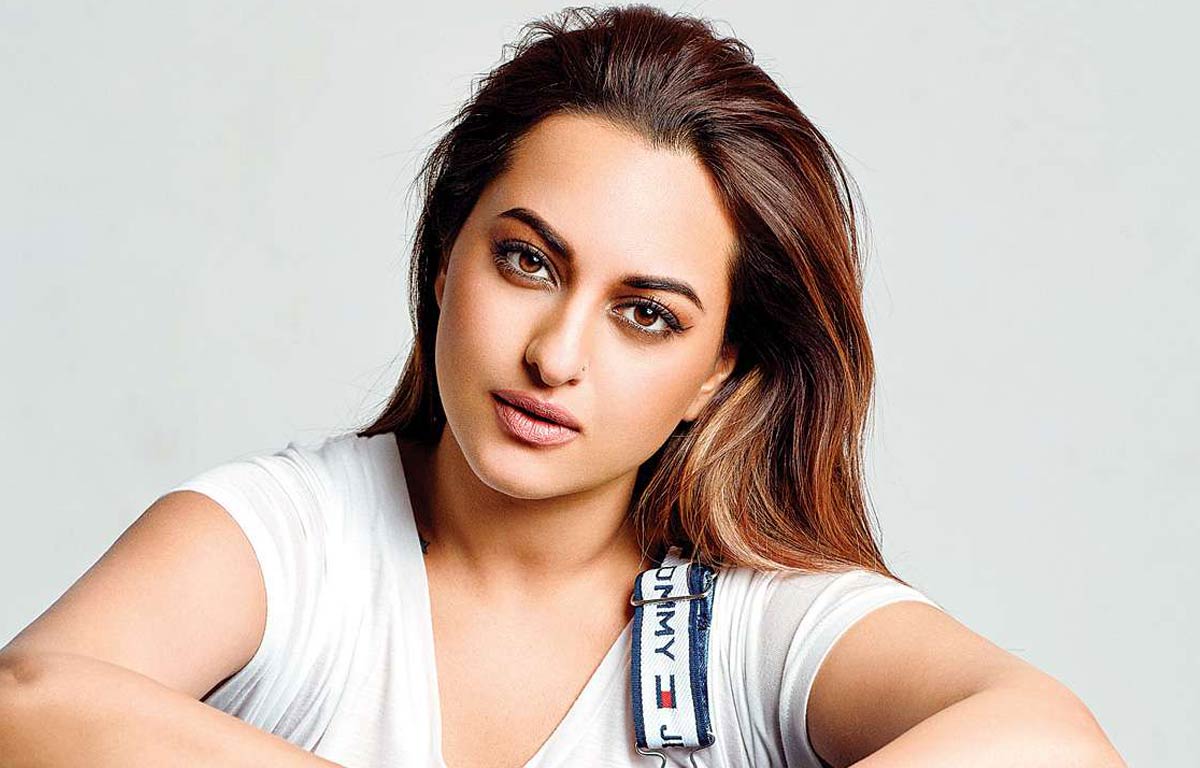 The Dabangg girl is a globe trotter in true sense.Sona has promised herself to visit new places on her birthdays. A promise we shall all make to ourselves, But, we just can’t get enough of her sizzling pictures from her then and now happening vacations. Recently, her Maldives vacation left everyone wishing for a beachy getaway. Sonakshi glowed across the Maldivian beaches in her edgy looks and a million dollar smile.  Her girl gang inspired many female netizens, to pack their bags and soak some sun. 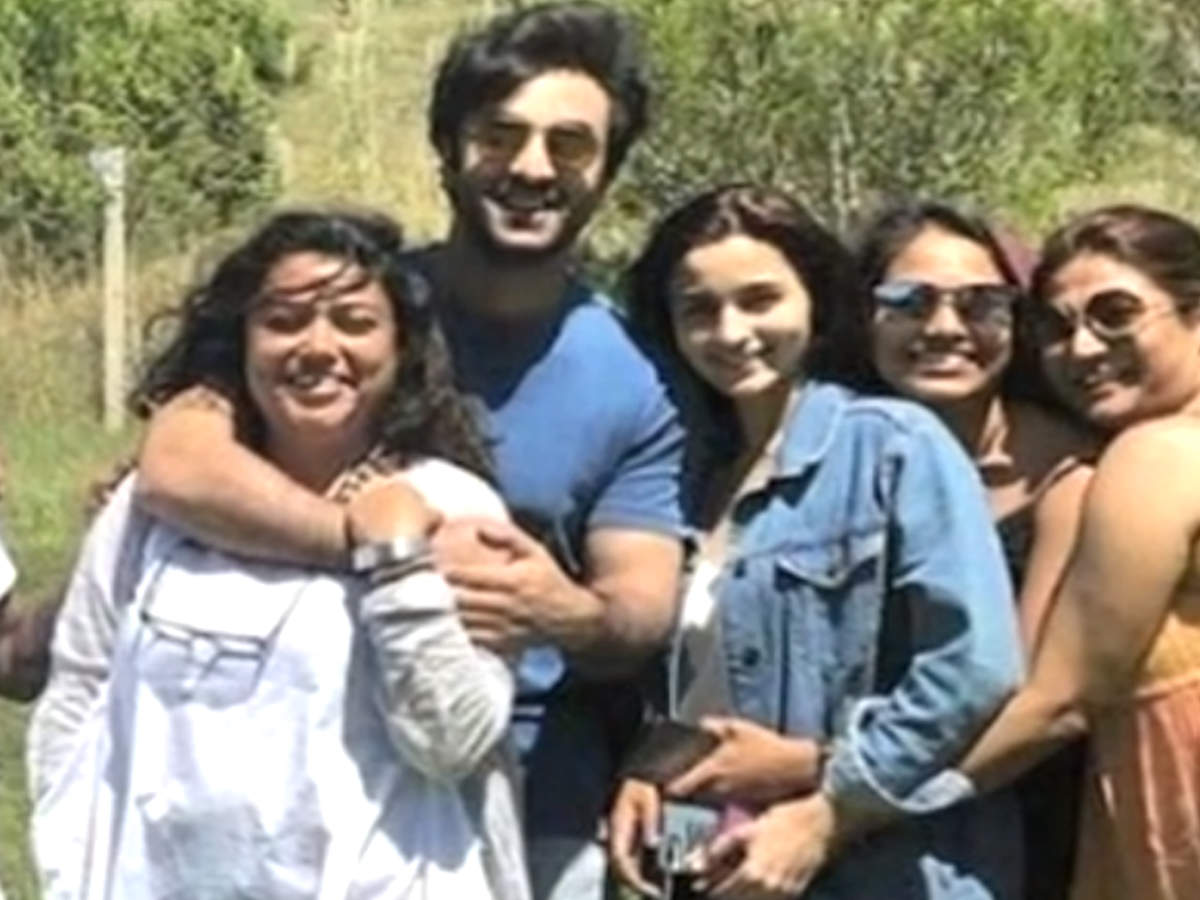 Alia Bhatt is a lurker for life. Pacing up with her hectic shooting schedule she never misses a chance to escape the regular life. While shooting for Ayan Mukherji’s Brahmastra with alleged beau Ranbir Kapoor she didn’t resist breathing the European air. She posed amidst the snow-capped mountains and snow-covered streets like a chic in Bulgaria, the cherry on the cake her infectious smile took the Instagram by complete awe in London. She also took a bestie time with her close friend Akansha Ranjan Kapoor in Bali.