I DID NOT REFUSE MANIRATNAM SIR’S YUVA BECAUSE OF MY PRICE
Bobby Deol celebrate his 51st birthday today. To wish him a happy 51st birthday we at bollyy.com and Mayapuri we reproduce an old interview of BOBBY DEOL by JYOTHI VENKATESH, sixteen years ago. The fact that his recent films like Kismat and Bardasht flopped at the box office has not deterred Bobby Deol at all. Right now Bobby is busy working in films like Tango Charlie, Ab Tumhare Hawale Watan Saathiyon and Hum Ko Tumse Pyar Hai. In this rare interview Bobby Deol tells JYOTHI VENKATESH that very soon all the three Deols- Dharmendra, Sunny and Bobby would star in a film together.

Do you regret having acted in a film like Bardasht, which has proved to be a disaster at the box office?
I am from a much closed knit emotional family.  Hence I could identify with the character of Aditya Srivastava in Bardasht. To tell the truth when I set out to play the character of the elder brother of Ritesh Deshmukh I kept in mind only Sunnybhaiya. E. Niwas is a sweet and hard working guy who believes in making realistic kind of cinema. I tried my hand at working in a realistic kind of cinema but sadly it did not work at all. However I have no regrets.

Though you have an action image like your brother Sunny, you do not try to cash in on the image. Why?
As an actor, it has always been my aim to try to work in different kinds of films. I can attribute it only to my bad luck that they did not do well, whether it was 23 March 1931 Shaheed or for that matter Bardasht.

Do you generally do homework to prepare yourself to get into the skin of your role as an actor?
I never did homework in school. How can you expect me to do homework as an actor? (Smiles)

You seem to be very choosy when it comes to signing films. Why?
I do not want to work in half a dozen films at the same time. I want to enjoy life as an actor as well as a person. I think today every actor is keen on doing only a few films unlike in the recent past when everyone was having around half a dozen films. Times have changed. You have got to give a good product to the cine goers and cannot afford to sacrifice quality for the sake of quantity.

In spite of the fact that you are very selective when it comes to signing films, how do you end up with bad films?
I sometimes choose wrong films because of emotional reasons. I am like my father who also used to sign all kinds of wrong films.

To what extent does either success or failure at the box office sway you?
As an actor you do go through different phases in your career. Earlier I used to feel very tense before every film of mine was about to be released. Not anymore. I used to get excited whenever any film of mine used to click at the box office. Now it doesn’t matter whether a film of mine is a hit or a flop, as long as my performance in the film is appreciated.

Do awards matter a lot to you?
I have till date never won any award. I do not care. I am of the opinion that my films should do well at the box office. What will I do with the awards?

Which according to you are the most memorable films in your career, as an actor?
According to me, among the films in which I have acted till date, I would rate the following six as my best, as far as acting is concerned. They are Dillagi, 23 March 1931 Shaheed, Humraaz, Barsaat, Soldier and last but not the least Bardasht.

Is there a plan in the offing to come up with a film that stars all the three Deols?
There is definitely a plan to launch a film with all the three of us- dad, Sunnybhaiya and myself. We are still working on the script. Only when the script is ready will we go on the floors.

What has your dad taught you as an actor?
My dad who has had the longest career taught me to be strong and true to myself.

What do you hate the most?
I hate waiting on the sets and of course giving interviews. (Smiles)

Aren’t you scared of competition in the form of other films?
When you do what you are doing from the core of your heart, you do not have to care about competition or get scared of what others are doing. The audience is the ultimate judge. You have got to leave it to them for their verdict. They will decide. In any case, let me add that we are not trying to prove a point to any one at all. Eventually the way you set out to portray a character and treat a film decide its fate at the box office. I work hard on every film of mine and hence I am not at all scared. Playing Bhagat Singh by itself was a great challenge and I realized I was entirely focused on it right from day one and did not think about what the competition is doing.

Which are your films on the floors now?
I am working in Anil Sharma’s Ab Tumhare Hawale Watan Saathiyon along with Amitabh Bachchan and Akshay Kumar. In fact I play a double role in it- one of them is positive while the other is an out and out negative role, perhaps for the first time in my career as an actor. I am also there in Tango Charlie, which is more like a autobiography of a soldier. I am also working in the suspense thriller Jurm besides Vikram Bhatt’s Hum Ko Tumse Pyar Hai with Arjun Rampal and Amisha Patel. 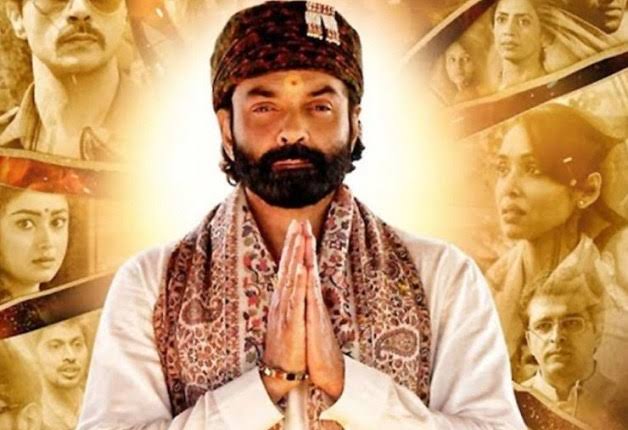 How do you look back at your career?
I made my debut with Barsaat nine years ago. In my career stretching around nine years, I think I have acted in only around 17 or 18 films. I do not want to burden myself with a lot of work. Come to think of it, I frankly do not feel that I have achieved anything at all as an actor. In fact I think I had the role of my lifetime in the film 23 March 1931 Shaheed. With the exception of Bhagat Singh, till date I do not think I have ever played a character, which has been straight out of history, and I do not think that I would get another opportunity to play one again and hence I feel that I have actually just started my career.

Was your decision to play Bhagat Singh a part of your strategy to change your image?
No. I do not do films for the sake of changing my image. As an actor I am of the opinion that I should be able to enjoy doing what I do. I never plan things or my career for that matter. In fact I do not think anyone can plan. Whatever happens, happens. Just like that. 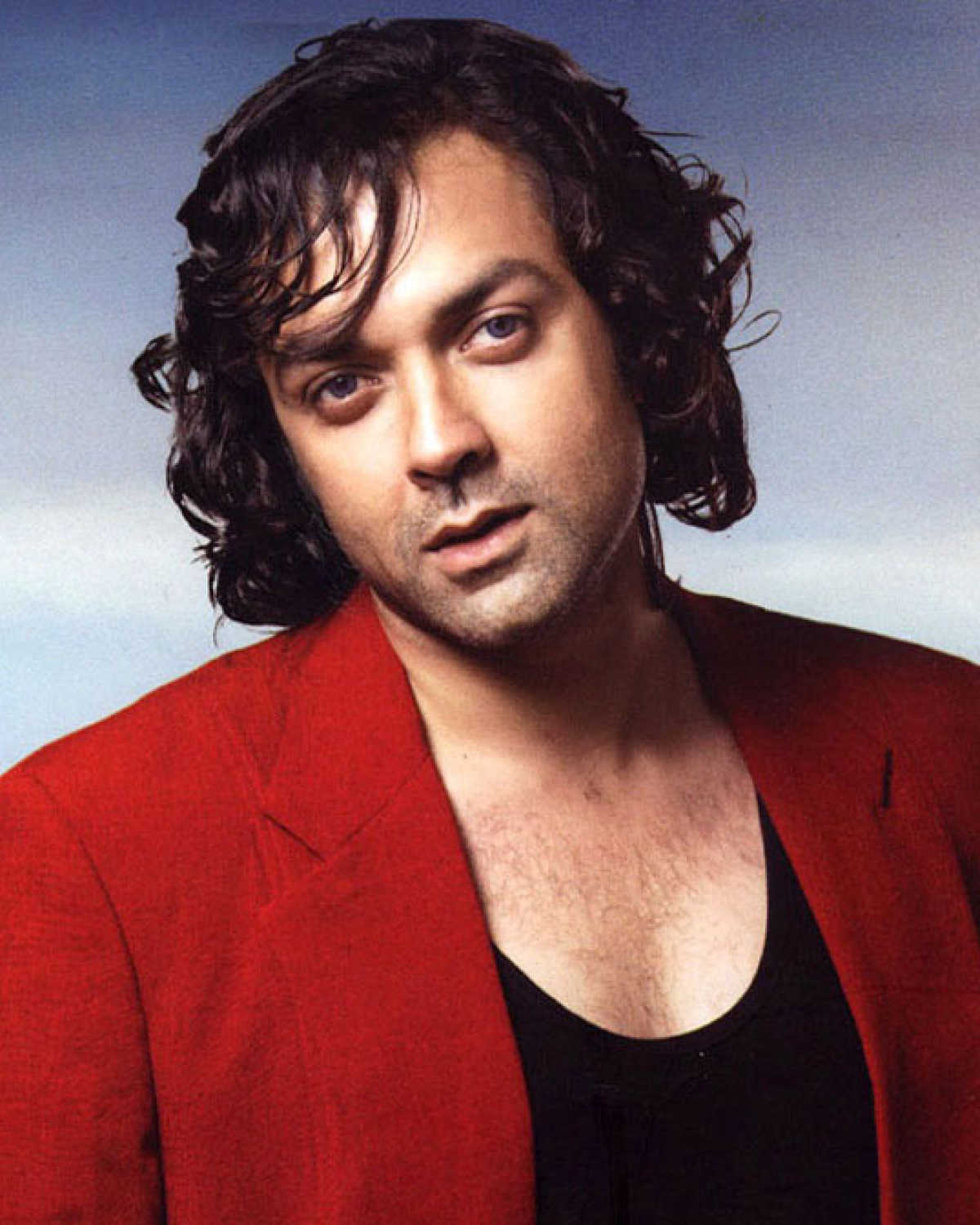 You were zeroed in by Mani Ratnam to play the role, which Abhishek did in Yuva. Did you say no to his offer to cast you in his Yuva because he did not pay you your price?
Money can always be negotiated. It is not true that I had turned down a filmmaker like Mani Ratnam just because he did not want to pay me my price. The fact is that I could not give him the dates that he wanted for the film since I was already committed to a couple of my regular producers and hence I told Mani Sir that I could not work in his film.

In an industry where every actor is expert in manipulating his way into camps, you seem to be like a fish out of water!
I do not like to feel guilty about pushing some one behind just because I want to go ahead. I know for a fact that if a particular producer wants me to work in his film; he will definitely try to approach me with his offer. If he does not want to cast me, no amount of manipulating or cajoling on my part is going to make him change his mind.

Disney+ Hotstar VIP to release first look of war-epic titled 1962: The War In The Hills