* Veteran Actor, Director, and Producer Biswajit Chatterjee to be crowned as Indian Personality of the Year 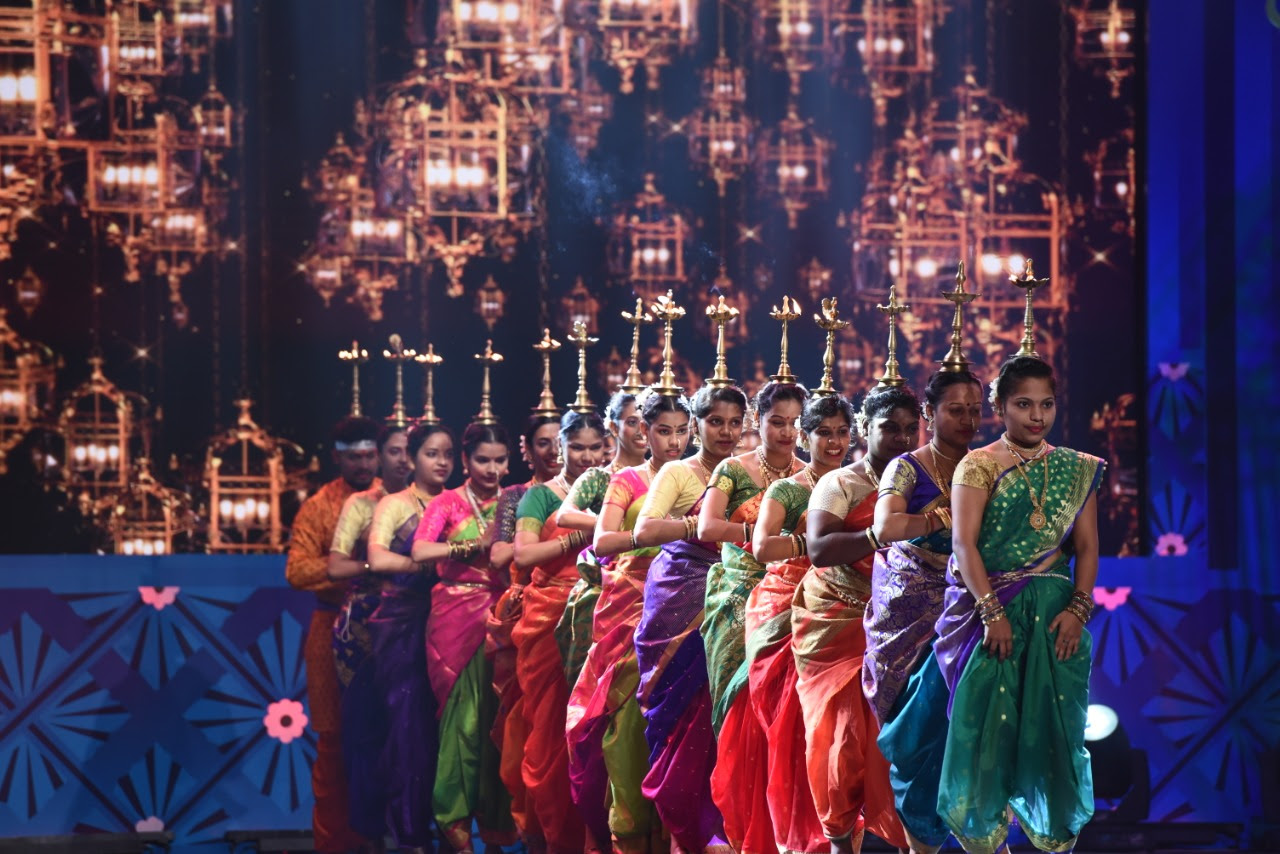 On the occasion of the 100th birth anniversary of Sheikh Mujibur Rahman, India and Bangladesh are together making a film titled Bangabandhu: Union Minister Prakash Javadekar

Love what you do, only if you love and believe in something, you can make it: IFFI Lifetime Achievement Awardee and Italian Cinematographer Vittorio Storaro 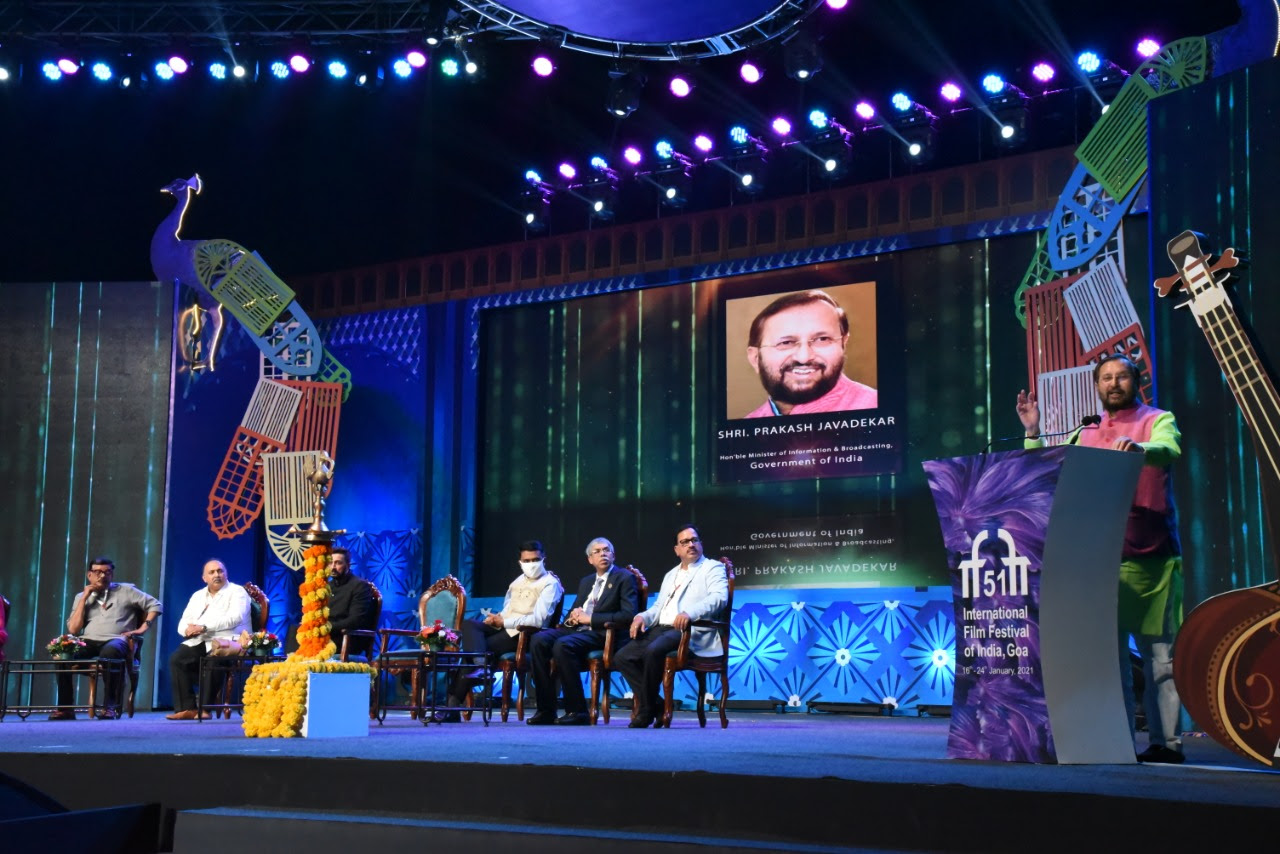 Organizing a film festival in this challenging time shows your commitment and courage to face and overcome the challenging situation as well as your passion and love for arts and culture: High Commissioner of Bangladesh to India
Posted On: 16 JAN 2021 5:38 PM by PIB Mumbai
: Panaji, January 16, 2021

The much-awaited 51st edition of the International Film Festival of India (IFFI) got off with enthralling cultural performances amidst a dazzling ceremony celebrating the joy of cinema. Dr. Shyama Prasad Mukherjee Indoor Stadium at Panaji in Goa today reverberated with the passion of film-stars, film-makers, and film-lovers from around the world. 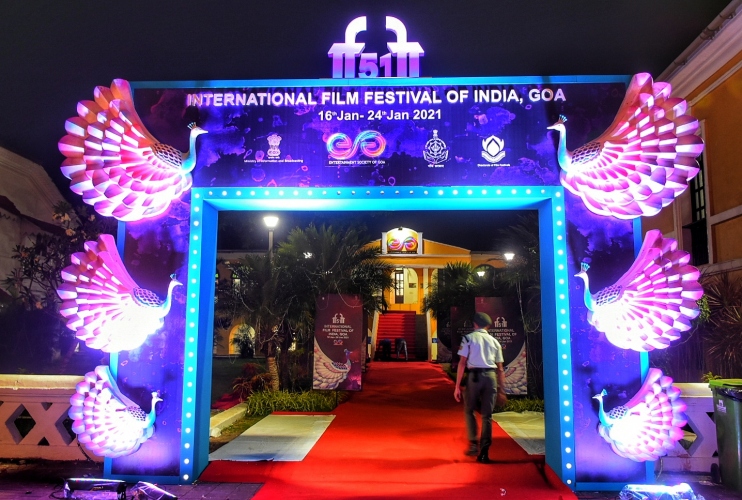 The Opening Ceremony of Asia’s oldest and India’s biggest film festival has been hosted by actor, author, and film-producer Tisca Chopra and became further illuminated by the dazzling presence of eminent film-maker Priyadarshan Nair and noted actor Sudeep who has been the Chief Guest, among other celebrated film personalities. The function also saw the graceful presence of Union Minister for Information and Broadcasting, Shri Prakash Javadekar, and Chief Minister of Goa, Shri Pramod Sawant, among other dignitaries.

Speaking on the occasion, Shri Sudeep, also known as Kichha Sudeep said, “Let Cinema be the new pandemic”. He said, “Cinema is one fraternity that, from one seat, takes you all around the world, gets you the knowledge, gets you closer to the culture of every fraternity across the world”.

Addressing the audience, Union Minister for Information and Broadcasting, Shri Prakash Javadekar said that 600 International entries and 190 Indian entries have been received this year, reflecting the huge importance the world attaches to it, said the Minister.

Shri Javadekar announced, on the occasion of the 100th birth anniversary of Sheikh Mujibur Rahman, the two countries are together making a film titled Bangabandhu.

Veteran Actor and Director Biswajit Chatterjee have been conferred the Indian Personality of the Year Award, he further announced. 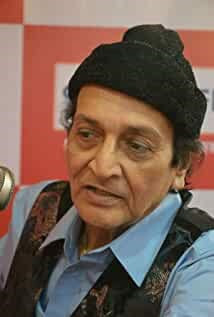 Shri Jadavekar said, unlike other countries, India has multiple favorable destinations for shooting. Hence, we need to promote ‘Shoot in India’, stated the Minister.

In the context of Film Bazaar, the Union Minister said, the film is not only a source of entertainment but also a big market. “Human being is an imaginative being; films which appeal to the imagination make us laugh, cry, and make us one, united in the story. If the story is told well, the film will become popular.” The Minister said that we will make a beginning to private participation in a film festival, from 52nd IFFI. He said that the 51st edition of IFFI will run on seven screens, and lakhs of mobiles and TVs and will reach the whole world.

The Chief Minister of Goa Shri Pramod Sawant invited Indian and global filmmakers to look at Goa as a preferred destination for film making. “The annual IFFI gives an opportunity to members of film fraternity from across the world to explore the jewel from the west coast of India”, he said.

We thank the Ministry of Information and Broadcasting, Government of India, for organizing this festival in this challenging time Shri Muhammad Imran 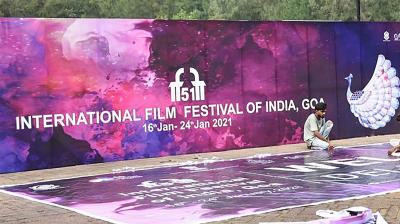 The High Commissioner of Bangladesh to India, Shri Mohammad Imran was also present on the occasion. Bangladesh is the focus country of the festival this year. Apart from the recognition of the creativity and ingenuity of the film-makers of Bangladesh, it is also a testimony of the depth of relations and a historic bind between the two neighboring countries, said the High Commissioner. “We thank the Ministry of Information and Broadcasting, Government of India, for organizing this festival in this challenging time. It shows the commitment and courage you have to face and overcome the challenging situation as well as your passion and love for arts and culture”, he further said. The delegates will be treated to ten of the best films from the focus country Bangladesh, showcasing the country’s cinematic excellence and contributions to the world of cinema.

The Lifetime Achievement in the 51st IFFI has been given to Italian cinematographer Mr. Vittorio Storaro. In a video message, Mr. Storaro thanked IFFI for recognizing his journey. The legendary cinematographer said that he owes the incredible visual journey he had, to his colleagues and great directors like Bernardo Bertolucci, Francis Coppola, Carlos Oliveira, and Woody Allen. “They led me in a special way, like in an orchestra, to use my language of light”, he said. In a word of advice to young cinematographers, he said, “Study, research, prepare yourself. Love what you do, only if you love and believe in something, you can make it”.

“India is a wonderful universe which allows us to continue dreaming day by day since everything is possible in India”, said Chairman of International Jury, Argentine Film Director Pablo Cesar, in a video message.

A trailer for the festival’s opening film ‘Another Round’ by Danish filmmaker Thomas Vinterberg was played in the opening ceremony. “As a starting point, this was a pure celebration of alcohol, but it grew into a celebration of life”, said the Director in a video message. The movie is Denmark’s official entry to the Oscars and stars Cannes Best Actor Award winner Mads Mikkelsen. 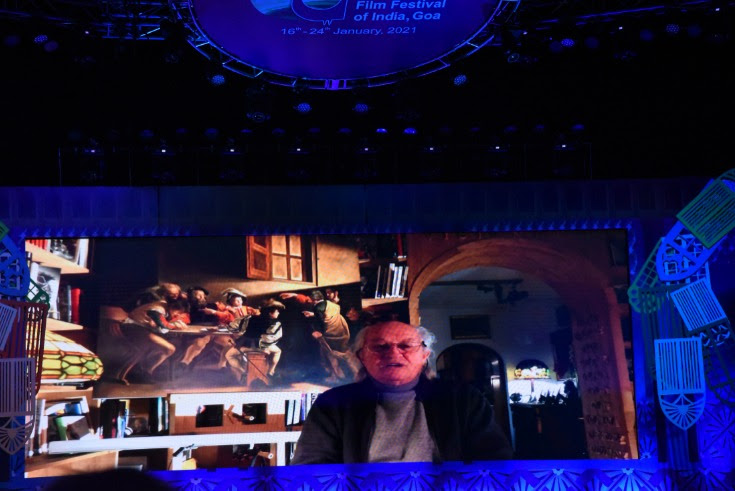 Masterclasses and In-conversation sessions, which have been the highlight of IFFI over the years, will also be held virtually. Renowned film personalities like Shekhar Kapur, Priyadarshan, Pablo Cesar (from Argentina), and Prasanna Vithanage (from Sri Lanka) will be sharing their valuable experience for these sessions.

The Japanese movie ‘Wife of a Spy’ directed by Kiyoshi Kurosawa 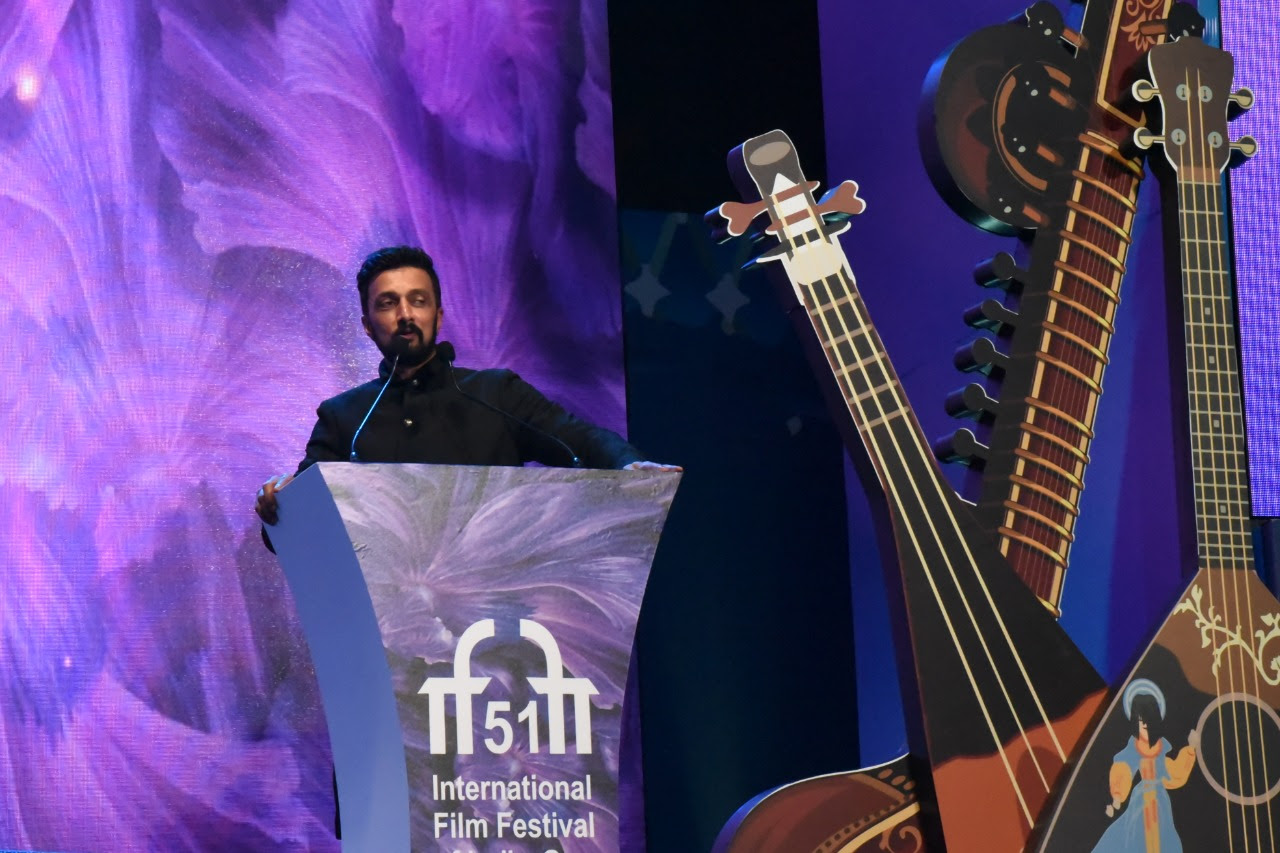 A retrospective section will showcase legendary film-maker Satyajit Ray’s popular classics like Pather Panchali, Shatranj Ke Khilari, Charulata, Ghare Baire and Sonar Kella. On the occasion of the 150th Birth Anniversary of the father of Indian Cinema, four films by Dadasaheb Phalke will be screened. IFFI will also pay Homage to 18 film personalities who passed away in the previous year. This includes much loved personalities like Irrfan Khan, Rishi Kapoor, S.P Balasubrahmanyam, Soumitra Chatterjee, Sushant Singh Rajput, and Basu Chatterjee.

The world premiere of ‘Mehrunisa’ by Sandeep Kumar will take place mid-fest in IFFI. The Japanese movie ‘Wife of a Spy’ directed by Kiyoshi Kurosawa will bring the curtains down on this edition of the festival.

Whereas film connoisseurs can enjoy films by prominent filmmakers such as Pedro Almodóvar Caballero, Ruben Ostlund, and Kim Ki-Duk, delegates will also have the opportunity to enjoy seven great new films nominated for the Best Debut Feature Film of a Director. Apart from this, ten films will be shown as part of the ICFT- UNESCO Gandhi Medal competition, selected for reflecting Mahatma Gandhi’s ideals of peace, tolerance, and non-violence. 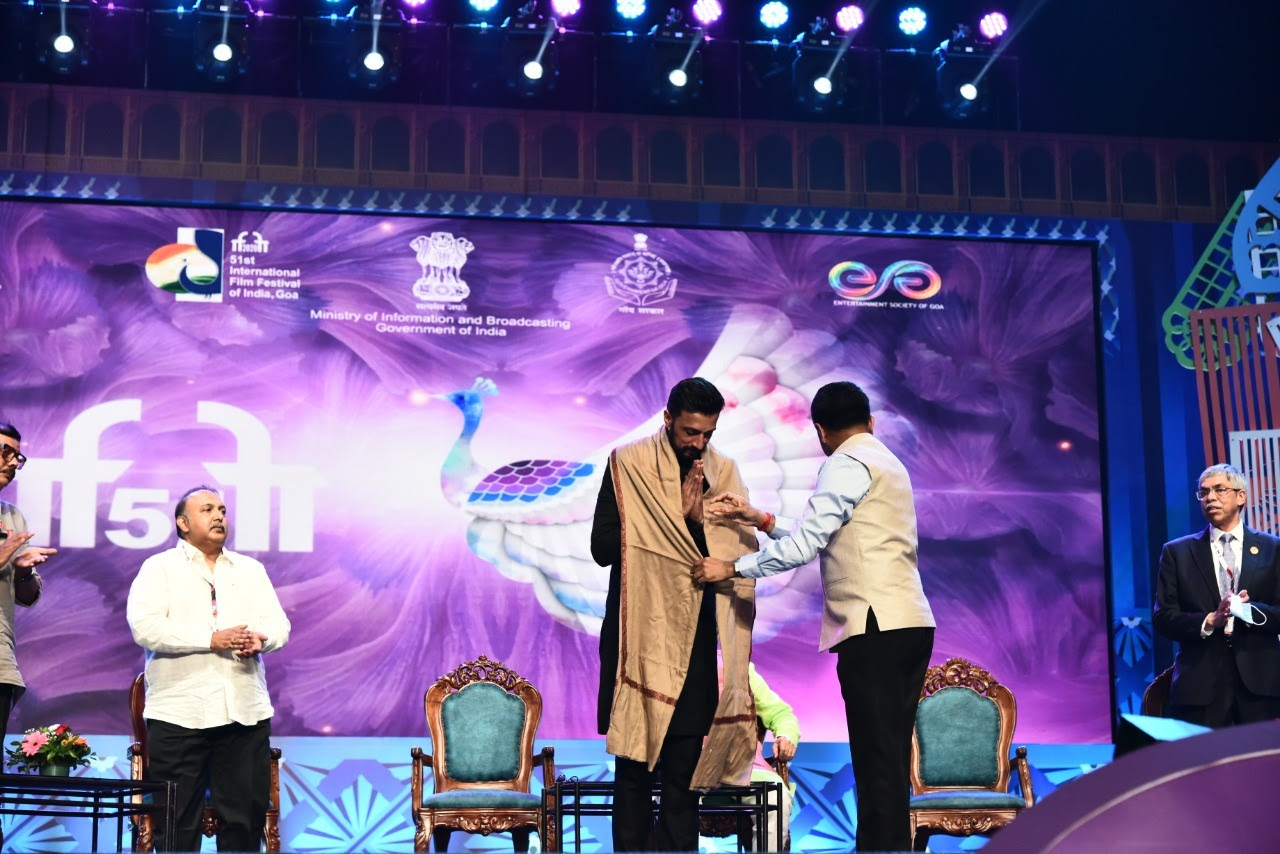 Due to the current Covid scenario, many Bollywood celebrities could not remain physically present in the function. Their video messages brought a feel of their virtual presence in the ceremony.

Festival Director Shri Chaitanya Prasad said: “The 51st edition has written a new narrative where other film festivals in the world will get a new template of excellence. Referring to Resurgent India, Inspirational India, and the idea of New India, we have positioned this festival through the medium of films. This festival has taught us how to weave content with technology; we are extremely happy that we have come up with a hybrid festival, the next few days are going to set the standards for other film festivals.” 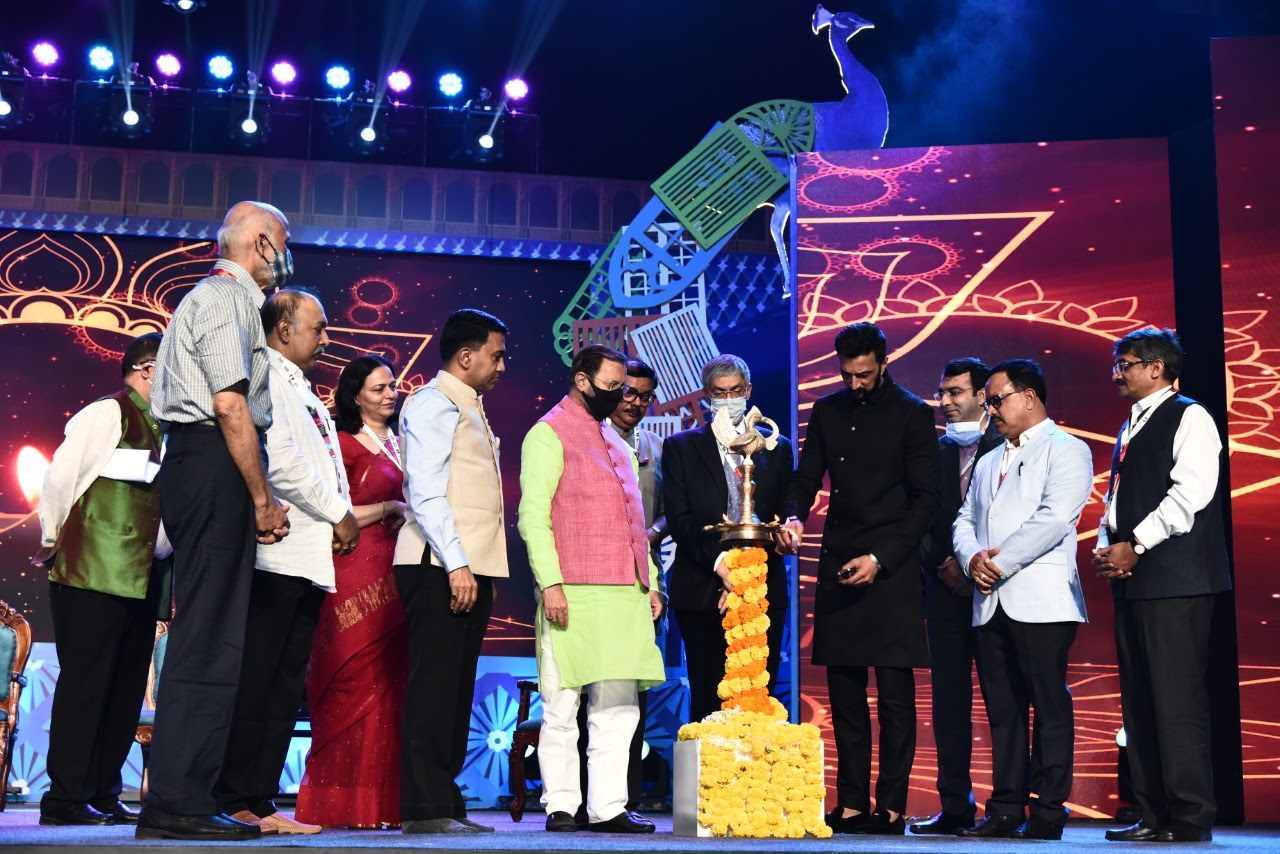 The cultural performances in the opening ceremony specially focussed on the local folk culture and music of Goa – a place that has been home to IFFI since 2004.