In India, films often enjoy a special relation with patriotism and nationalism, and it is of course the dialogues that are responsible for stirring those emotions inside us. So on the 71st Independence day, we bring you seven famous dialogues from iconic films that remind us of what we really love and die for. 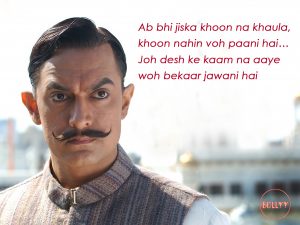 The very first youth-oriented film on nationalism was a masterpiece. Directed by Rakeysh Omprakash Mehra, the film draws a parallel between the age old and contemporary ideas of patriotism and stresses on the fact that the young have a power to change society.

2. Holiday: A Soldier Is Never Off Duty 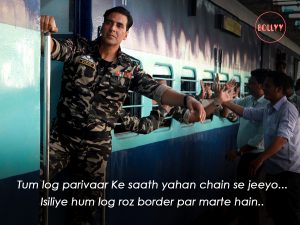 An action-thriller by A.R. Murugadoss, this film is a sort of tribute to the soldiers of the country, highlighting their effort towards keeping the nation safe. 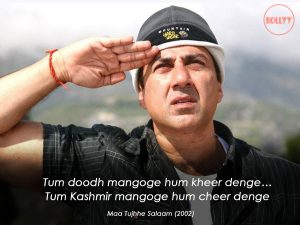 During the high tension between Indian and Pakistan, this film was made by Tinu Verma. We could feel Sunny Deol’s aggression in the flick as he perfectly summed up the voice of every Indian during the war. 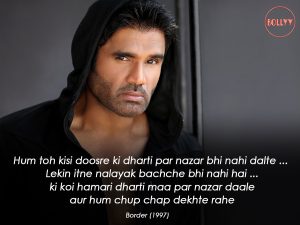 This movie will force you to stop and think about all the brave soldiers who let go of their lives for the country in the battle of Longewala during Indo-Pakistani war 1971. 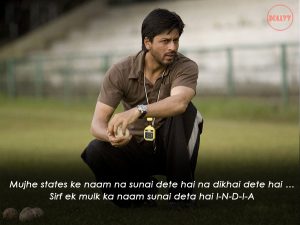 Although, technically a sports film, it also touches upon the concept of nationalism and how we associate failure with betrayal.

An Indian period drama highlighting a love story during the tumultuous partition, the film is an evergreen saga that speaks of unity between two nations despite their differences. 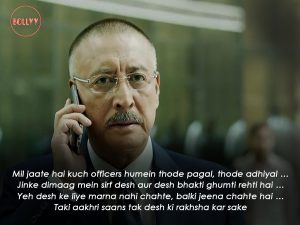 Last but not the least, an action spy thriller by Neeraj Pandey is a film in which every scene is worth watching. Danny Denzongpa’s dialogue delivery steals the show.