The Indian entertainment industry is at weird crossroads today. On one hand, we have online portals like Hotstar, Amazon Prime Video, Alt Balaji and others going all out to create out-of-the-box content, and on the other hand we have Indian television—which only believes in recycling old content without bothering to use a little bit of common sense.

If you thought TV show scripts were interesting, watch these seven shows again. And you’ll realise in an instant that they’re nothing but remakes of Bollywood films because the makers couldn’t, for the life of God, come up with new concepts. 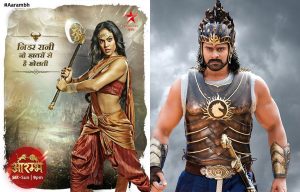 SS Rajamouli’s worldwide hit Bahubali inspired this Star Plus show called Aarambh. It is a mythological series, showcasing the adventurous happenings between Aryans and Dravidians. It was written by KV Vijayendra Prasad, the guy who wrote the script for Baahubali. The lead characters, Varun Dev and Devsena, are played by Rajneesh Duggal and Tamil actress Karthika Naira respectively.

While it was a brave step to try and adapt something as phenomenal as Bahubali for television, the show failed to garner the required ratings and was taken off air, with its last episode being aired on September 10. We wonder what could have been the reason? Maybe shoddy direction, poor graphics and shoddy writing are to blame. 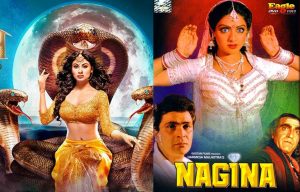 Clearly, the Indian audience was, is, and always will be obsessed with the concept of naags and naagins. That is why a show recreated from a Bollywood film 40 years after it released still has the same level of fan following as the film enjoyed back then! Released last year, Mouni Roy-starrer Naagin had the highest TRP ratings for any Indian television show. It was based on the 1976 film of the same name, which starred Sunil Dutt, Feroz Khan, Reena Roy, Rekha, Mumtaz and Vinod Mehra in lead roles.

What is surprising is the fact that despite horrendous graphics, a very loose plot line, over-the-top acting and Ekta Kapoor’s signature style, the show was still a major hit. Seems like the audience is also happy consuming whatever crap the Kapoor clan spews out. 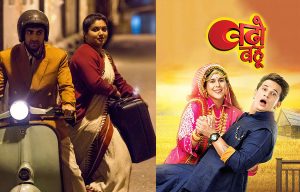 Another disaster that could’ve been easily averted. What makes it stand out though is the fact that instead of copying the exact same story as the film Dum Laga Ke Haisha, which was the inspiration behind the show, the makers tried incorporating elements from other Bollywood films—namely Sultan—leading to what can be called a “horrible mess”. And let’s not even talk about all the places this show has been politically incorrect—fat shaming puns, patriarchal references and what not. Naturally, it was a complete and utter flop. 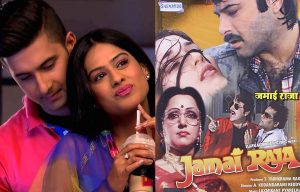 The Indian society is obsessed with the concept of “jamais” or sons-in-law. A character usually considered to be untouchable and seen in the negative light in most scenarios, becomes interesting when he’s the quintessential good boy who doesn’t demand dowry and wants to do everything selflessly for his wife and in-laws. And that is exactly what the 1990 hit Jamai Raja, starring Anil Kapoor, Madhuri Dixit, and Hema Malini, gave us. Sadly, almost three decades later, the television show of the same name tried to perform based on this age old concept, without deviating so much as an inch from the film. What is up with that?  Even the lead characters were exactly the same—Ravi Dubey as Anil Kapoor, Nia Sharma as Madhuri and Achint Kaur as Hema Malini. Pretty soon, in attempt to save its ratings, the show went from bad to worse with the plot shifting every week. 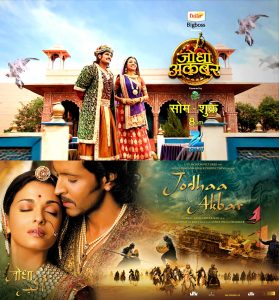 Ashutosh Gowariker created magic in the form of Jodha Akbar, when he brought to life the epic love story of one of India’s greatest emperor. The film, starring Hrithik Roshan and Aishwarya Rai Bachchan, was a huge hit at the box office. Seeing the success of the concept, you couldn’t really expect Ekta Kapoor to watch from afar, so like any other money-minded producer would do, she took the concept and adapted it for television. You watch one episode and you realise that it is nowhere close to the film. In fact, it is a tacky, extremely over-the-top rendition of the film with new introductions to the plot that aren’t even there in history books. This woman has redefined the term “loosely adapted”. Clearly, Indian television has the power to re-write history.

And just in case you were interested, the television version had Rajat Tokas and Paridhi Bahl playing the leads. 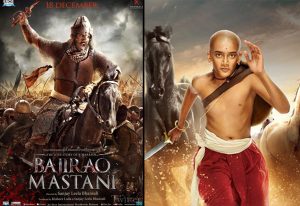 Another historical drama, aiming to hit it off but failing to do so. The show was inspired by the 2016 blockbuster Bajirao Mastani. Although it started off with tracing Peshwa Bajirao’s journey from birth, the show soon turned into a love triangle between Baji, Kashibai, and Mastani. Now, where have we seen this before? Like most other historical shows, this one also conveniently bends history to fit their version. 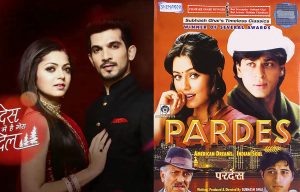 Pardes Mein Hai Mera Dil is reportedly inspired by the 1997 Shah Rukh Khan-starrer Pardes. This daily soap featuring Arjun Bijlani and Drashti Dhami was shot in exotic locations like Vienna and Austria, following a similar trajectory as the film. While it started off well initially, it met the same fate as every other Indian television show.

Are you happy with the content on Indian television? Let us know in the comments.

NOT ADITYA KAPUR BUT FARHAN AKHTAR APPROACHED FOR MOHIT SURI’S NEXT!