If there’s one trend that’s been ruling Bollywood, it has to be biopics! Biopics are the flavour of the season. Filmmakers seem to be obsessed with the idea and especially after the huge success of films like PadMan,  Dangal, Mary Kom, and M.S Dhoni, filmmakers are digging up the new real success stories to make biopics of those people. Many filmmakers managed to come up with some real stories to tell their audience. As a result, this year’s Bollywood films chart is full of biopic films.

Scroll down to check out the list of Biopics which are set to release in 2018.

My association with Him began with my very first film. He was The Emperor Of Music! Now know His story… #Mogul, The Gulshan Kumar story! pic.twitter.com/lD8V6s4HeX

Manikarnika: The Queen Of Jhansi 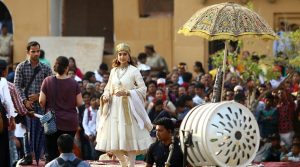