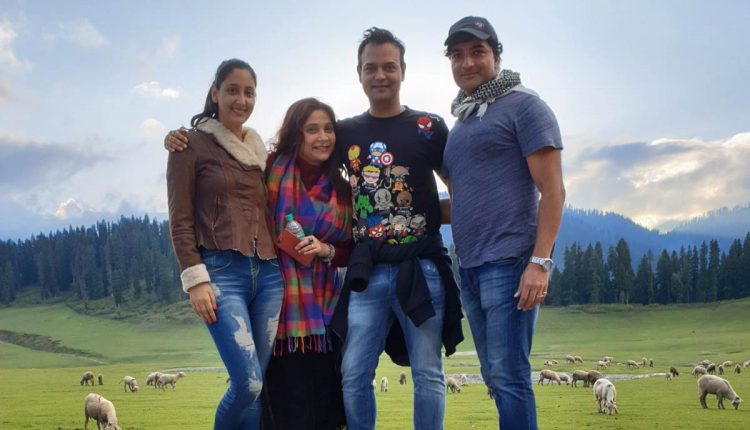 A Nightmarish Experience For The Cast & Crew Of Luv Kush In The Valley, Shoot Stalled!

Late last night under unavoidable circumstances, the cast and crew of Luv Kush, one of the premium shows to be aired on television had to be evacuated from a remote location in Kashmir and brought back to Mumbai. The story set in Ayodhya, the birthplace of God Ram, the makers were contemplating shooting at the real locations in Faizabad district of Uttar Pradesh, but instead picked few of the exotic and remotest villages of Kashmir for a month long schedule which was brought to a standstill in an unfortunate turn of events. Creative director  Siddhartha Tewatiya who was an eye witness shares their ordeal, ‘With the on-going political tension in the valley & also the killing of a mastermind terrorist few weeks ago, we were mentally prepared to play it safe and to our surprise the locals had been the kindest and generous but this incident took us completely by surprise. We were to shoot one of the most crucial scenes involving God Ram’s chariot & had arranged for 25 horses from all across Kashmir. It was late afternoon, while shooting on a mountain top which was inaccessible by road, we saw a couple of teenage boys approaching asking us to stop shooting. Our local line producer tried to reason them and we believed the situation was under control until a couple of minutes later we were surrounded by over 50 of them ready to pelt stones marching towards us. We were saved by the bell as CRPF reached us on time & rescued us.’ ‘It was a horrifying experience, we had to film a very important scene and had flown a chariot especially to the mountainous terrain, we called siddharth and updated him on the incident as we had a lot at stake but he asked us to return immediately, we then moved towards Srinagar and took the first flight back home, he adds’ Producer, writer, director Siddharth Kumar Tewary is grateful to have his unit of 170 people be back without any injuries, he shares, ‘ the entire team travels and works with us on complete trust and faith, we are responsible for them. Though there were assurances from different people for complete safety going ahead but, there is no substitute to human life, Nothing more important. We have shot in Kashmir for a quite a few times over the last decade but it’s never been like this ever, I thank the CRPF for coming in at the right time and ensuring the safety of our team. ” After interpreting the biggest epic Mahabharat for a new generation, Siddharth whose known for creating path breaking premium shows on television is gearing up to present the next biggest story ever told on Indian television, Ramayan, albeit this time through the lens of Luv and Kush, twin sons born to god Ram and Sita.

Daisy Shah launches her own YouTube channel, says “My aim for this channel is to…