Acclaimed  Bollywood movies multi-faceted writer  Shagufta  Rafique who has over a dozen  popular films to her credit including the mega-hit ‘Aashiqui 2’  is no longer creatively associated with her mentor Mahesh Bhatt’s  banner.  The  talented writer Shagufta  explains that  “I have amicably branched out of  Bhatt-saab’ s camp and now I am independently getting into Bollywood film direction. In fact I narrated my latest concept-idea to Bhatt-saab and he  seemed impressed and conveyed his best wishes,  It’s a horror  genre subject  ,” reveals the articulate yet outspoken writer who has earlier directed a Punjabi flick and an acclaimed recent Bengali movie ‘Mon Jaane Na’ starring Mimi Chakraborty  “ My musical love-story  titled ‘Bad—The Evil Comes Home’  is a maverick horror movie which will have the handsome TV star  Ankit Siwach ( lead role of ‘Manmohini’ on Zee TV ) as the romantic lead opposite a relatively new promising face which I will be finalizing very soon. 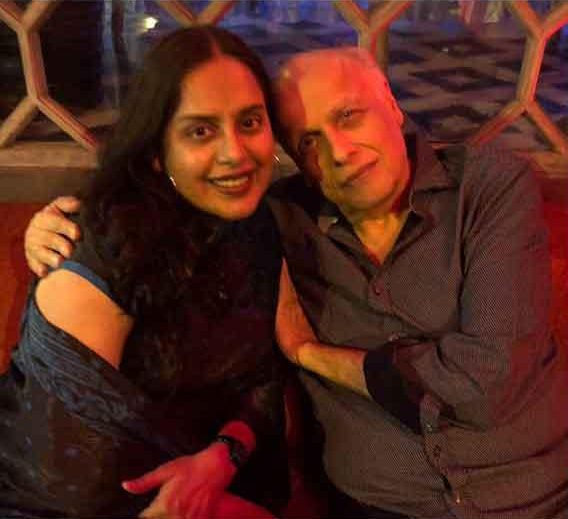 The outspoken Rafique also discloses that there is “no explicit erotica just for the sake of it, but there would be  tinges of oomph-sensuality under the influence of horror,” shrugs the ‘Raaz-3 D’ writer . “Although critics alleged, that ‘Aashiqui 2’ was a clever rip-off  of  the Hollywood movie ‘A Star Is Born’, the fact remains that  our desi movie  also incorporated a large quantum of portions that came from my own personal life  which I honestly laid bare,” insists madame Rafique, whose scare-fare movie will be produced by a new banner and will go on the floors during October. Meanwhile hero Ankit is super-excited  “as I was always a  huge fan of  Shagufta’s  work including  ‘Awarapan’ and  ‘Aashiqui 2’ who will now also be directing me. My character in fact has different shades. It’s  bizarre that the supernatural genre has always fascinated me. Currently my TV show ‘Manmohini’ also has a supernatural undercurrent and I will be juggling my dates and will continue to shoot for  the TV  show as well,”  confirms Ankit.

“Frankly speaking, I am waiting for a call from Aamir Khan: Kunal Roy Kapur