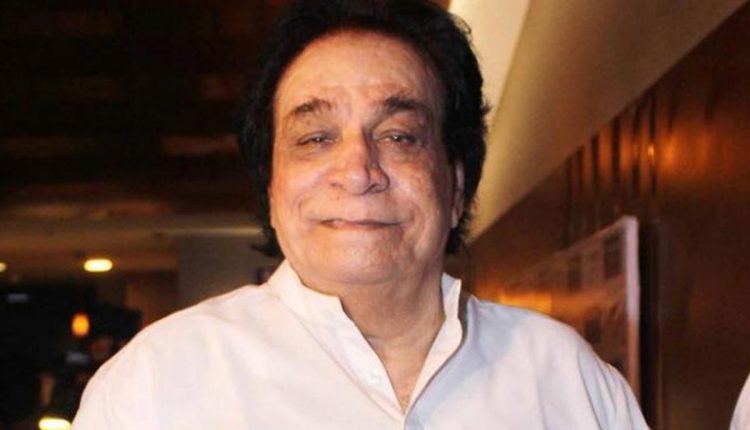 By Team Bollyy Last updated Jan 1, 2019
0 2,800
Share
As reported earlier by us yesterday that, 1980’s and 90’s wouldn’t have been such happening if a man , Kedar Khan wouldn’t have made us laugh this much but ever since his news of bad health was surfing the net from long time.
Yesterday, Veteran Bollywood actor Kader Khan’s son Sarfaraz has said that his father has been admitted to a hospital in Canada, dismissing media reports of his demise but now, it is been confirmed that the actor has passed away.
Veteran Bollywood actor-screenwriter Kader Khan passed away on Tuesday in Canada. He was 81.
Kader Khan’s son Sarfaraz Khan confirmed the news to a leading media daily indianexpress.com. He said, “Yes, my dad has left us this morning. He was unwell from last few months and in the hospital from last few days. We tried everything we could, but it was time. He was a very loving man and he loved everyone who was a part of his life.”

With Whom Shivin Narang Would Make The Best Pair?