Actress Charrul Malik, who is currently seen in Bhabiji Ghar Par Hai, is elated to share screen with none other than actress Bhagyashree – Jyothi Venkatesh

They both shot for a commercial recently which is Charrul’s debut in the ad world. Speaking more about it she says,”The producers Aditya Sharma and Rekha Gour (actor Rohitashv Gour’s wife) called me and gave me the opportunity.

It was quick and that’s the way the industry works. You hardly get time. I am grateful to the producers for thinking of me for this project.” Sharing her working experience with Bhagyashree, Charrul says, “She is such a humble person.

We spent a whole day with her and chatted a lot. She is soft-spoken, elegant and beautiful. She has beautifully maintained her fitness level. She is into yoga and eats healthy food, which is very inspiring.

I was throughout the shoot looking at her like a fan. My favourite film of hers is definitely Maine Pyar Kiya. She had become a national craze after the film.

The first expression after seeing her in the film was ‘heroine toh aisi honi chaiye’ Interestingly when we were shooting for this ad there were few white pigeons on our set and it was a sweet coincidence as we were all looking at Bhagyashree. Indeed there is a deep connection between the pigeons and her.”

We all know that after her debut film Maine Pyar Kiya she left the industry and got busy in her personal life. 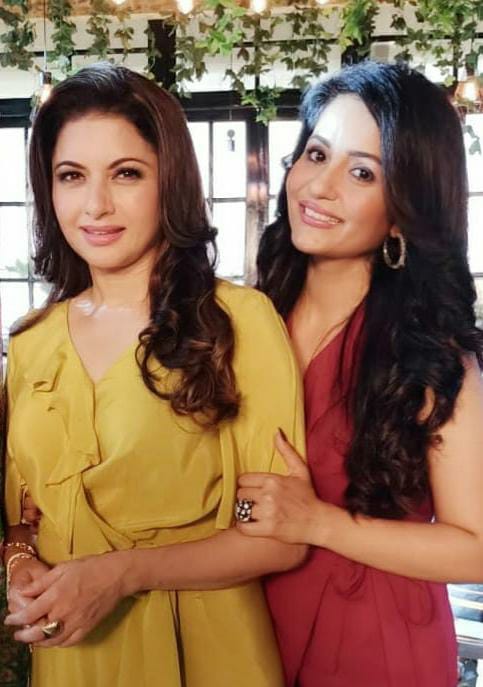 Speaking on that Charrul adds, “I remember when I watched her as Suman in Maine Pyar Kiya we all fell in love with her. And when she left the industry and concentrated in her personal life that was completely her call.

Yes, she would have been in a different state altogether had she stayed back but I respect her decision. Look at her now. She is active on social media, doing commercials and is a fitness enthusiast.

Recently I have seen her as Kangana Ranaut’s mother in Thalaivi and she is fabulous in the film.”

What kind of creative satisfaction did you get after working in an ad? “Acting is required in all the medium whether it is for a film or a tv show, web series or for an advertisement. Here the only constraint is the time factor.

The time is short and in that short span you have to be expressive and spontaneous and at the same time you need to gel well with your co-actors.

As an artist, this is a new arena for me and I am so happy that I got this opportunity. I wanted to do all the creative stuff from acting to hosting to doing commercials. I want to be limitless in my career.”