Actress Giorgia Andriani has left no stone unturned when it comes to choosing hot apparel. Giorgia looks like a complete diva as she carries it on herself so efficiently. 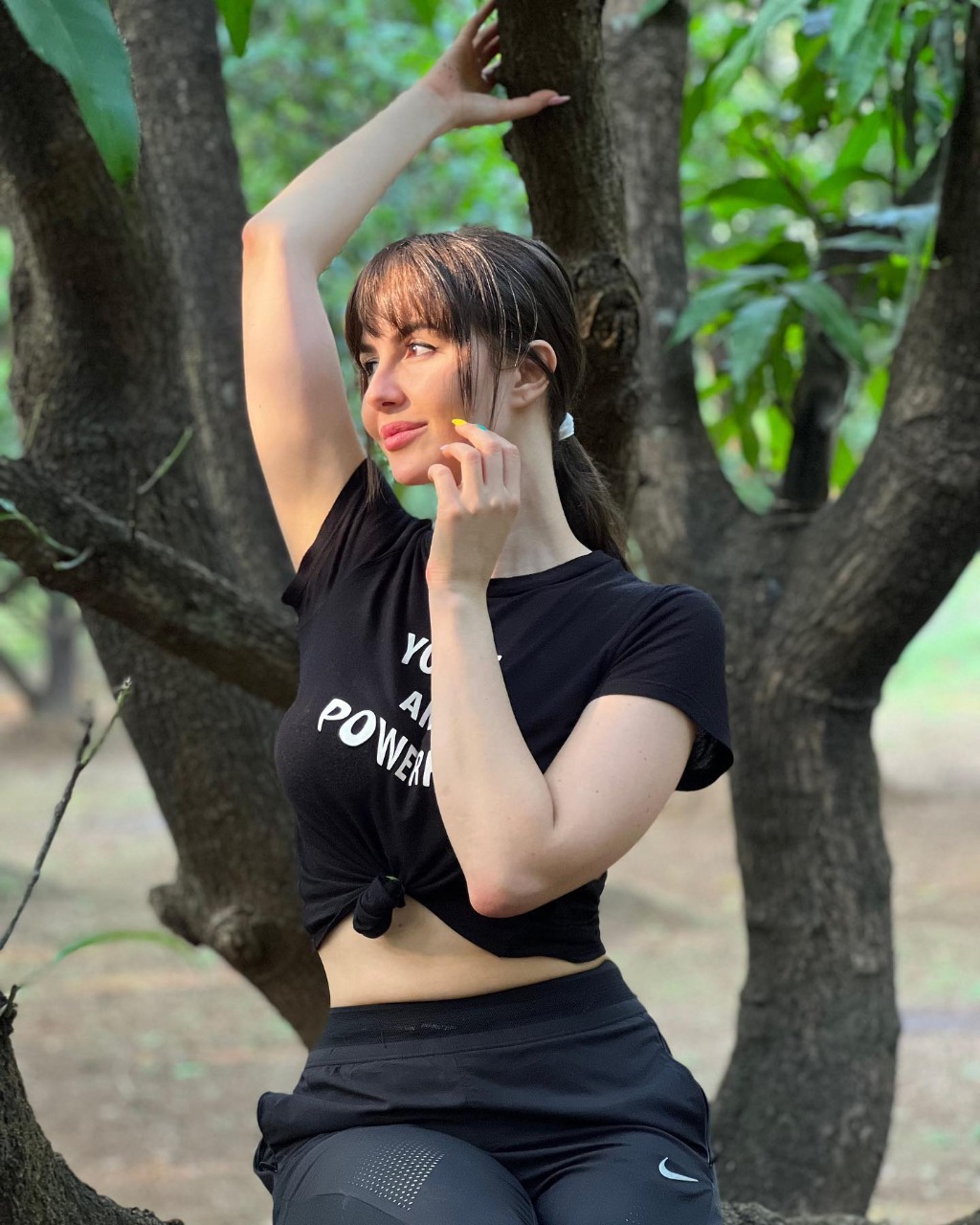 This beauty is highly active on her social media and always treats her fans with her heart throbbing pictures, and astonishing videos.

Giorgia has recently hopped on the transition video which is very pleasing to our eyes. Giorgia Andriani naturally stands out as truly newsworthy with her amazing reels on her social media and as she never fails to charm her fans with her appealing dance moves.

Giorgia took on to her social media and dropped this transition video of herself where she is seen hopping on to the latest song which has been stuck in our minds called “Oo Antava Oo Oo Antava” song where she is first seen posing around nearby the pool and later the video takes a massive twist where the actress is seen flaunting her curves as the actress wore a formal suit in a pastel blue shade and the actress went shirtless for the outfit and just amplified for a black bold bra.

Paired along with black leather boots the actress twirled and flaunted her sexy hourglass body. She kept her makeup very subtle along with hair tied up in a ponytail. Giorgia was killing all her admirers with her astonishing look.

As the actress dropped the video on her gram, fans couldn’t control themselves and started appreciating this diva as they filled the entire comment section with fire and heart emoticons. One of the users also wrote “Royal looking ❤️❤️ to which the other wrote “Girl with beauty”, “Slayer video 🔥🔥🔥” We can certainly say that Giorgia knows how to slay in every piece of apparel and make fans go gaga over her hotness.

On the work front, Giorgia Andriani was last seen in the song “Little Star” along with Shehnaaz Gill’s brother Shehbaaz Badshah, The actress is all set to make her Bollywood debut this year alongside, Shreyas Talpade in “Welcome To Bajrangpur”. The actress also has a music video coming up, details will be revealed soon.