Bollywood’s well-known actress Shilpa Shetty is often in the headlines, she is seen very active on social media and keeps sharing her photos and videos every day and usually seen having fun with her child in her posts. 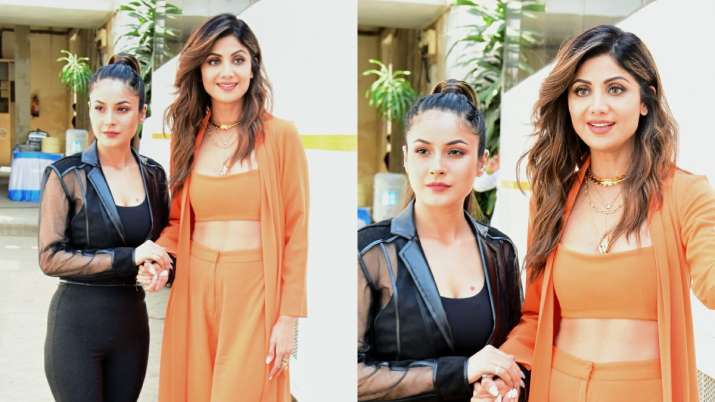 Now the actress has shared a promo video of her talk show ‘Shape of You’ on social media in which Shehnaaz Gill is going to be her next guest, in the beginning of the promo video Shehnaaz can be seen playing a bag as a dholak and actress Shilpa Shetty is seen dancing to the “Sadda Kutta” song.

Shehnaaz Gill will also seen talking about her weight loss journey and saying “Now I too have to become Shilpa Shetty, Shilpa has shared the video and wrote”It wasn’t a boring day, and there were definitely no boring people🤪🤣”