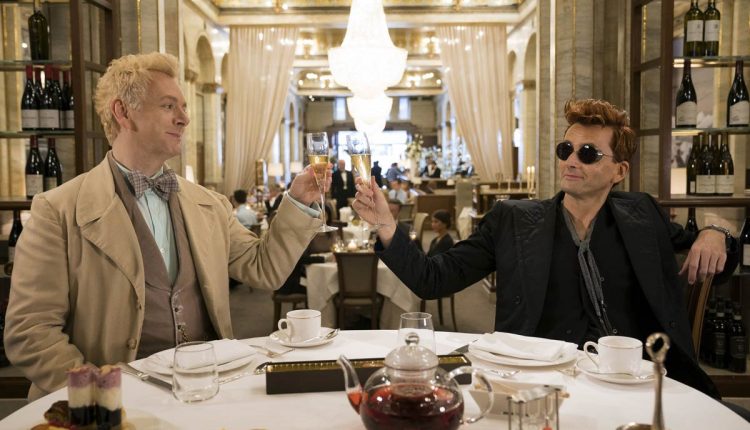 After Good Omens, Amazon Original Comes Up With Latest Indian As Well As International Titles In June

Spider-Man: Into the Spider-Verse

Miles Morales, a teenager from New York is struggling with school, friends and more over being the new Spider-Man, of his reality. When he comes across Peter Parker, the erstwhile savior of New York, in the multiverse, he crosses paths with five counterparts from other dimensions to stop a threat for all realities. Miles must now train to become the new protector of his city.

After David Kim’s 16-year-old daughter goes missing, a local investigation is opened and a detective is assigned to the case. But 37 hours later and without a single lead, David decides to search the one place no one has looked yet, where all secrets are kept today: his daughter’s laptop. In a hyper-modern thriller told via the technology devices we use every day to communicate, David must trace his daughter’s digital footprints before she disappears forever.

It seems to the Teens that all the major superheroes out there are starring in their own movies-everyone but the Teen Titans, that is. But de facto leader Robin is determined to remedy the situation, and be seen as a star instead of a sidekick. If only they could get the hottest Hollywood film director to notice them. With a few madcap ideas and a song in their heart, the Teen Titans head to Tinsel Town, certain to pull off their dream. But when the group is radically misdirected by a seriously super villain and his maniacal plan to take over the Earth, things really go awry. The team finds their friendship and their fighting spirit failing, putting the very fate of the Teen Titans themselves on the line.

Possession Of Hannah Grace revolves around a shuddering exorcism that spins out of control and claims the life of a young girl. Months later, while working the night shift at the hospital morgue, Megan Reed receives a disfigured corpse. Alone and locked in the corridors of the cold basement, she starts to experience hair-raising visions, which lead her to suspect that the dead body delivered that night is possessed by a ruthless evil entity.

When his parents are killed, billionaire playboy Bruce Wayne relocates to Asia, where he is mentored by Henri Ducard and Ra’s Al Ghul in how to fight evil. When learning about the plan to wipe out evil in Gotham City by Ducard, Bruce prevents this plan from getting any further and heads back to his home. Back in his original surroundings, Bruce adopts the image of a bat to strike fear into the criminals and the corrupt as the icon known as “Batman”. But it doesn’t stay quiet for long.

Inception tells a tale of Dom Cobb, a skilled thief, who is the absolute best in the dangerous art of extraction, stealing valuable secrets from deep within the subconscious during the dream state, when the mind is at its most vulnerable. Cobb’s rare ability has made him a coveted player in this treacherous new world of corporate espionage, but it has also made him an international fugitive and cost him everything he has ever loved. Now Cobb is being offered a chance at redemption. One last job could give him his life back but only if he can accomplish the impossible, inception. Instead of the perfect heist, Cobb and his team of specialists have to pull off the reverse: their task is not to steal an idea, but to plant one. If they succeed, it could be the perfect crime. But no amount of careful planning or expertise can prepare the team for the dangerous enemy that seems to predict their every move. An enemy that only Cobb could have seen coming.

An ex-army officer, Kabir, becomes a teacher in Kashmir in a school that is in a miserable condition. Things take a turn when Kabir finds a notebook, left behind by the previous year’s teacher, Firdaus.

Wedding Cha Shinema is a tale of an aspiring filmmaker who reluctantly takes up the assignment of filming a wedding in a small town. Once she gets there, she is drawn into the celebration, chaos and drama surrounding the family gathering.

Set in Punjab in the 1970’s, Blackia is based on the gold rush at Punjab`s international border, when many gold smuggling gangs were fighting to monopolise the business. The story revolves around Gama, an innocent college boy, who is drawn into this world of crime against his consent. On realising that he is just a puppet in the hands of certain anti-national forces, Gama decides to take control of the underworld.