That afternoon which was to be my last afternoon in ‘Screen’ and after the master blaster of words, Javed Akhtar sang my praises over biryani,

I had countless thoughts and images of more than forty years crossing my mind. And as I walked on the beach outside my house all alone, I also wondered whether all those men and women to whose success I was a witness to would remember me, now that I was out of ‘Screen‘ and naturally as is the unwritten law of this industry. ALI PETER JOHN 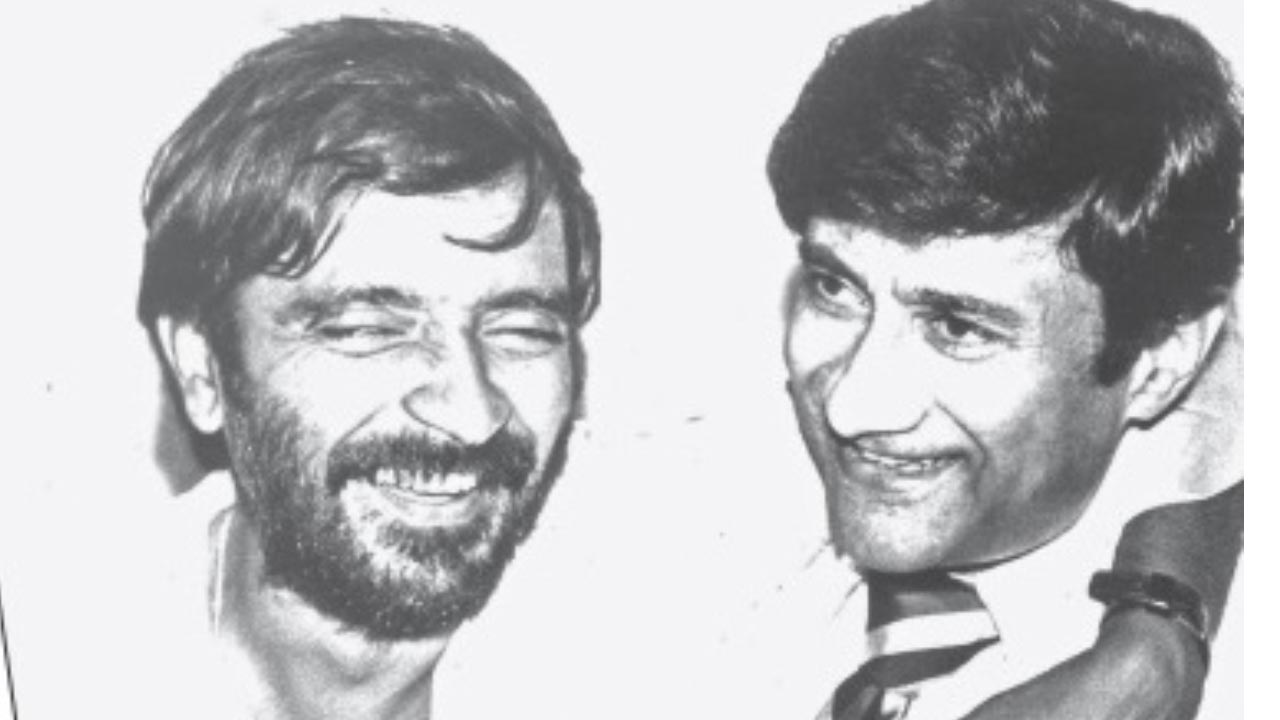 During the last eleven years, I have come across these men and women and have seen the difference in their behavior towards me. I was not hurt or pained when men and women who used to touch my feet and literally stage dharnas outside my poor house to see that I made a mention about their names in my column,“Ali’s Notes’ now just said a weak ‘hi’ or walked ahead of me as if I didn’t exist. I could have been a bitter and disillusioned man, but by the grace of God, I have managed to survive this delicate phase, mainly by keeping writing (and I have so much to write and will continue to write as long as my mind works and my body supports my mind. I have been grateful every time someone from my past in the industry-recognized me and expressed their gratitude. 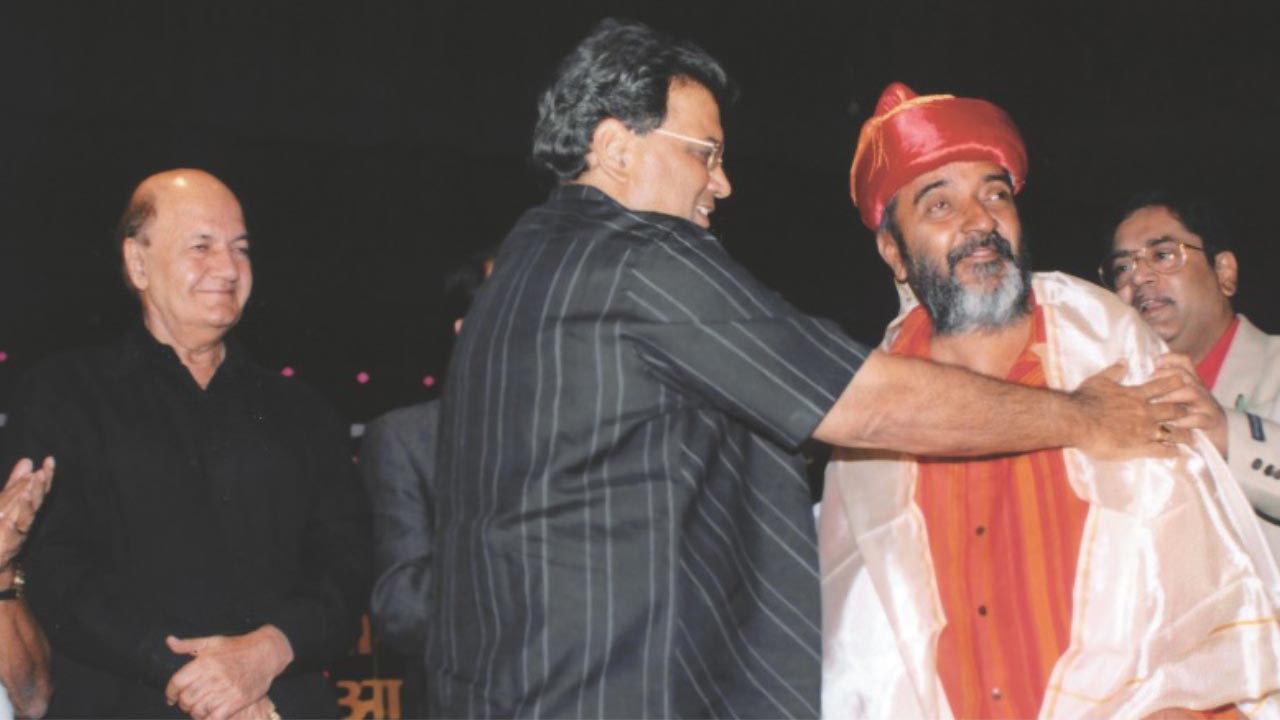 I was still struggling with all kinds of mixed thoughts when Manisha Koirala who is now known as a cancer survivor invited me to the launch of her book, ‘Healed’. I was a little hesitant when I entered the Taj Lands End where I used to once enter as if the Taj belonged to me even though I used to be dressed in my ordinary jeans, a T-shirt, and a pair of rubber chappals. I was a little surprised when the security didn’t make my entry a security problem. But the real happening was when I entered the Salcette Have where the event was to happen. 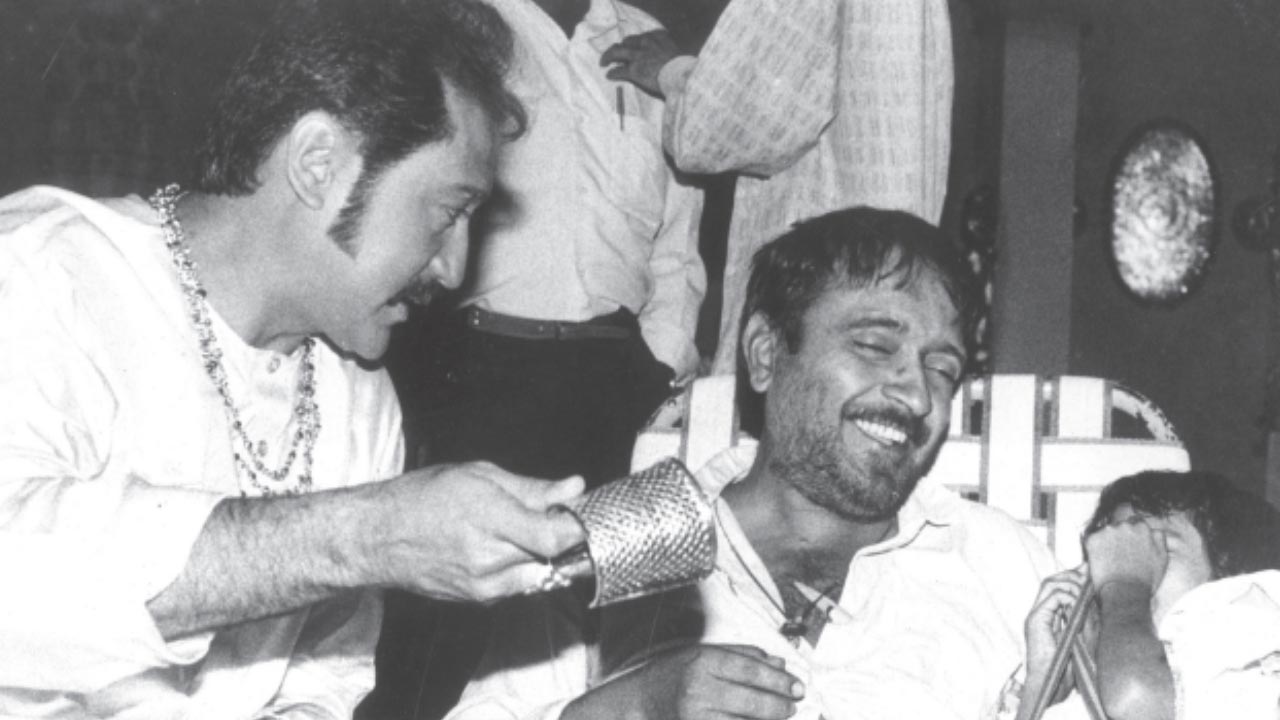 The first man I saw leaving the function even before it could start was the still so very handsome Shekhar Kapur who welcomed me with a warm hug. He was the same Shekhar who had come to meet me in my office with a recommendation from his uncle, nonother than the evergreen Dev Anand. He kept looking out at the sea and kept telling me that he was a good swimmer and had come to films only because of his love for his uncle (Dev Sahab). He went on to be one of the leading models internationally and then came to films as an actor, felt uncomfortable and took to the direction and again became an international name. He was now back in Mumbai with the ambition to direct a film called ‘Paani’ which he believed he could make only in India.

I walked in and saw my old friend, Gulshan Grover who used to come to my office in an old car he had brought from Delhi and would not leave my office till I promised him that I would publish a small news item about him. Today,he is a global star and his only son Sanjay is one of the leading executives at Metro Goldwyn Myer(MGM, Hollywood).

I saw the messiah Mahesh Bhatt walking towards me shouting

Even as he was talking to me, I saw the messiah Mahesh Bhatt walking towards me shouting,‘ Ali Ali Ali’, the miracle man. He was the head of the Bhatt empire now and for the media, he was better known as the father of Alia Bhatt…

I met Mrs. Sushma Koirala, Manisha’s mother, who embarrassed me by standing up and inquiring about my health and told me about the earthquake syndrome she was suffering from after the great earthquake in Nepal. She called the busy and beautiful Manisha to meet me and the way Manisha bowed before me and thanked me for coming moved me. Nothing much had changed between the Manisha of the ‘Saudagar’ and Bombay’ girl. I felt proud about the girl I first wrote about in 1991 and who now had made headlines as a cancer survivor… 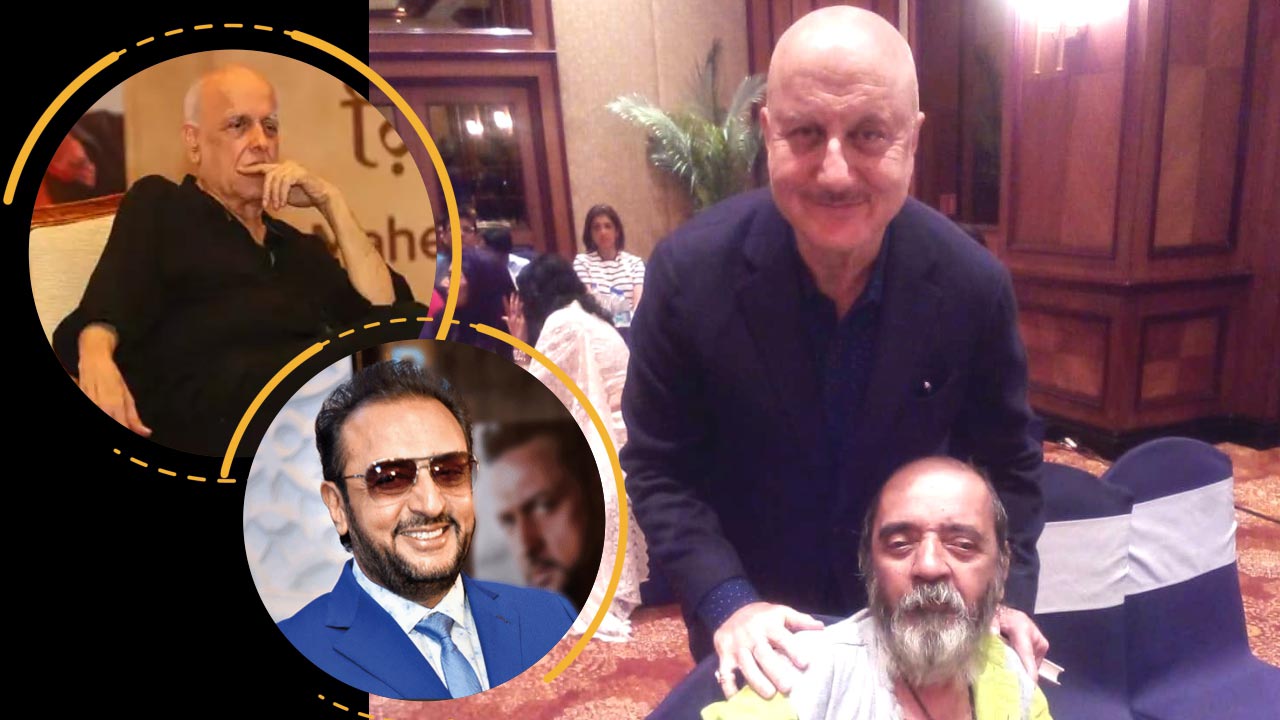 I came out for a change and I am in no way trying to talk big or boast, but I was made to feel like a star for a change by my old friends, Jackie Shroff and Anupam Kher who were genuine strugglers who came to me for help and are now in positions to help the world in making it a better place…

I was in a state I find difficult to describe now when leading filmmakers like Ketan Mehta, Sudhir Mishra, Vidu Vinod Chopra, Aruna Raje, and above all Imtiaz Ali, the director I met just before I retired, but who gave me the kind of respect that most of today’s generation has forgotten. 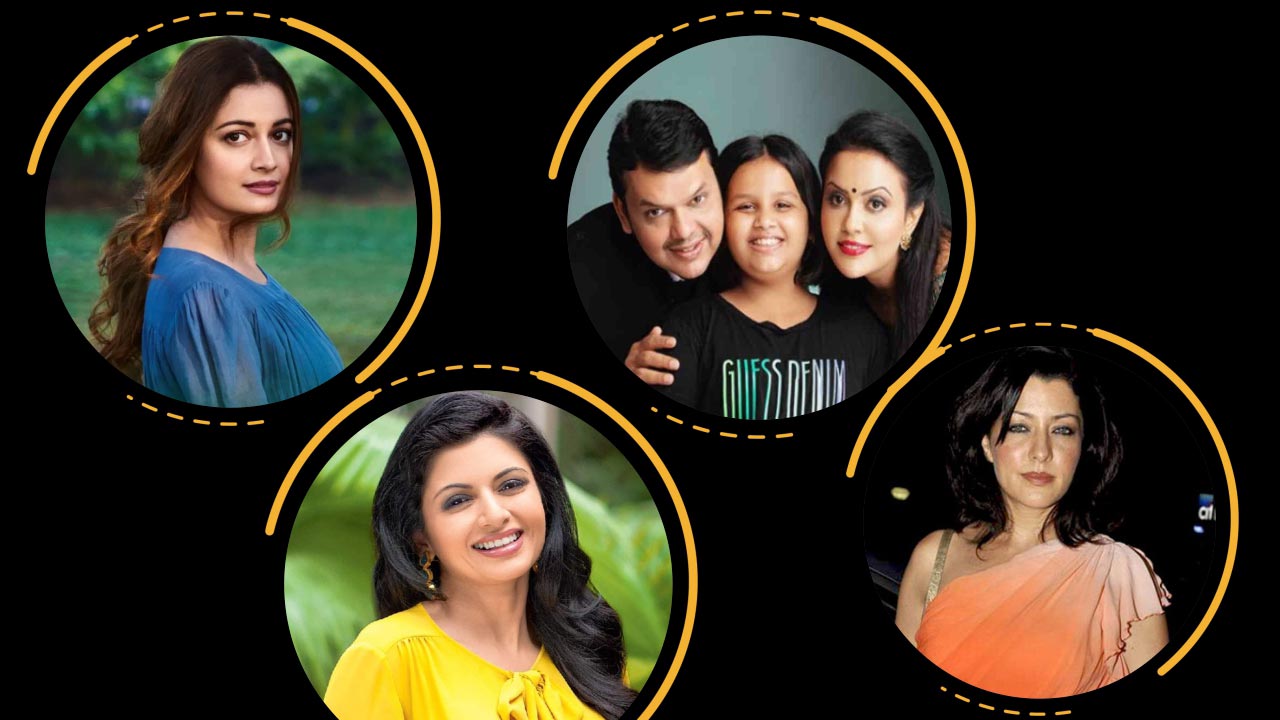 I was surprised to see a beautiful young woman striding towards me with a broad smile and a big hug. I frankly didn’t know who she was till my friend, Rajan Deep Singh told me she was Dia Mirza. It was only then that I knew that she was the girl I had first interviewed before the release of her first film ‘Rehna Hai Tere Dil Mein’. I had then met her in Pune where she was a guest with her mother at the annual day of Kripa Foundation, the center fighting against drugs and alcohol founded by a large-hearted Roman Catholic priest, Fr.Joe Pereira. I was very happy to know that Dia is actively associated with the fight against alcohol and drugs.

I couldn’t believe that the sweet-looking girl was the ‘Maine Pyar Kiya’ girl Bhagyashree till Rajan told me she was Bhagyashree…..
In the small crowd I could also see Aditi Govitrikar who I was told was also running a NGO for various causes and according to some was also a Big C survivor. 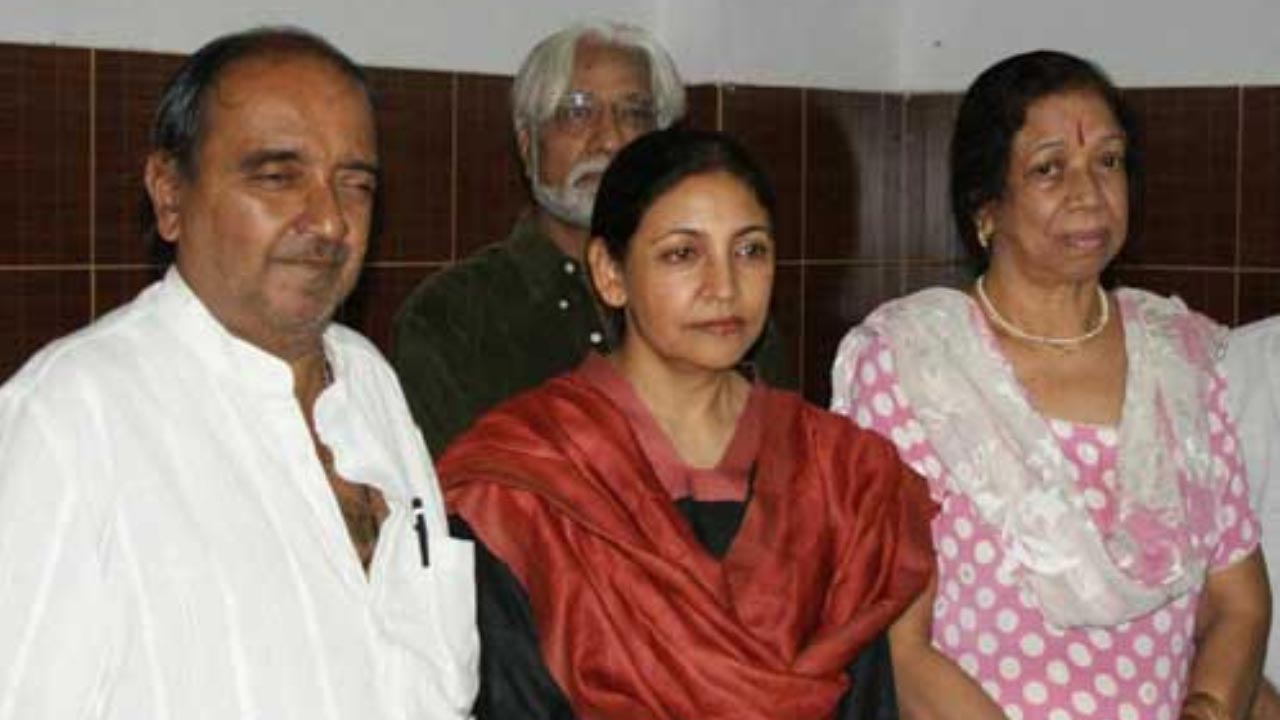 One of the biggest surprises was the presence of Mrs. Amruta Fadnavis, the smart in every way wife of the CM of Maharashtra I have seen, met, and heard the wives of all the CMs of Maharashtra but no one like Mrs. Fadnavis who made a lasting impression on everyone and I wished a wonderful woman like her was not surrounded by ugly and strong bouncers… 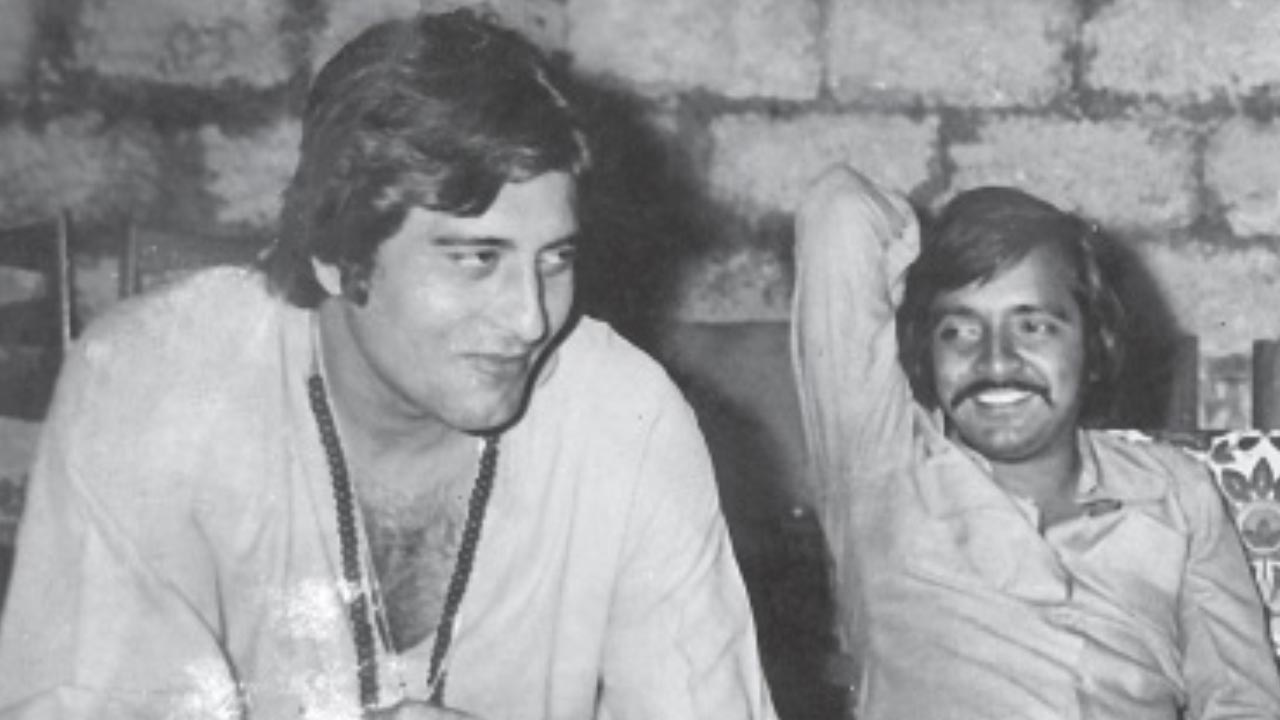 If I had one best friend in the industry for forty long years, it was and always will be, the mysterious as the sea near her house, Deepti Naval. She has always been a mentor and guide to Manisha in good times and bad times and she was there now too when her ‘Mansha’ had won the most difficult battle of her life. She was beaming all the time and for me, she was like a guardian angel who made sure that she not only dropped me home but waited to see that I was at home.

And then came my dream come true. I had guessed that the gorgeous at sixty-four Rekha would be there because she has always been there for Manisha. And my guess came true and what a way it did! Rekha made her grand entry in her now popular white saree and the most talked about ‘bindi’. I was I don’t know why behaving like someone who had seen an apparition. I was soul-thrilled when she greeted me in the same way she used to in those glorious days when I sometimes met her four days in a row at the Laxmi Palace Hotel in Udaipur when she told me the story of her life and HIM.

I was getting drunk with every meeting and after meeting Rekha I was in a trance for the next two days and nights.
That evening, thanks to Manisha I was back with the industry which has been my life, and beloved to which I have dedicated my life. I know there may be many other evenings if God wills it, but there can never be an evening over high tea that can leave me high till I reach the highest place which can be reached only when it is time for me to leave for a place beyond all the highs and heights of this world. 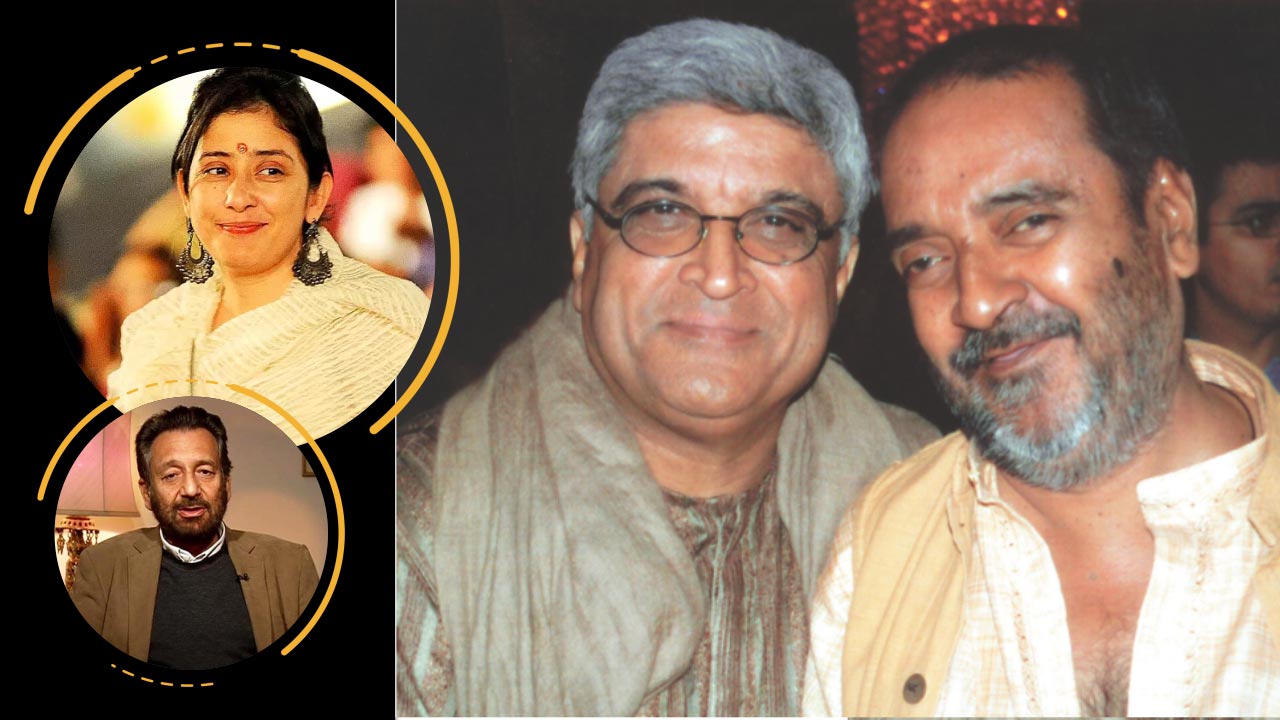