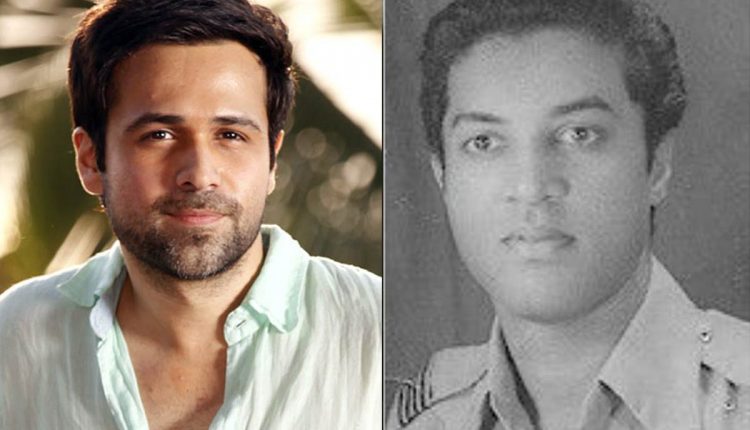 After Vicky Kaushal Who Is All Set To Play Sam Manekshaw, Emraan Hashmi Now Gears Up To Play Iaf Officer Kc Kuruvilla

After Vicky Kaushal who is all set to play Sam Manekshaw, it is now the turn of Emraan Hashmi to portray Retd Air Commodore Kariyadil Cheriyan Kuruvilla’s (KC Kuruvilla) in director Vijay Ratnakar Gutte’s next film, Vayusena. The film will showcase Kuruvilla’s journey right up to the Kargil War.Confirming the news, Vijay says, “Emraan hasn’t played a character like this before, and he loves such roles. It was an instant nod from him. It’s a human interest story that starts with the 1971 Indo-Pak war and ends with the Indo-Pak Kargil War of 1999. We plan to film at a real airbase, and it’d be great if the authorities allow us to use real fighter planes to present the story correctly and realistically. We are hopeful that the permission will come through soon.”The story starts with KC Kuruvilla as a Flying Officer at the age of 26. In December 1971, during the operations against Pakistan, he served as a Fighter Bomber Squadron in the western sector. On December 4th, he successfully attacked an enemy aircraft on ground and airfield installations, in a strike mission over Chander airfield.

The next day, Kuruvilla flew another strike mission over Chishtian Mandi, scored a direct hit on the engine of a train, inflicting heavy damage to it, despite intensive anti aircraft fire. On December 6th, he undertook a strike mission over the Dera Baba Nanak area and attacked enemy tank concentrations.  However, during this attack, while making a second pass over the target, his aircraft crashed after being hit by the enemy anti-aircraft fire, but he survived. The film encapsulates Kuruvilla’s journey from this point all the way up to the Kargil War, when he was still in service.  The film is expected to go on floors in November and will be wrapped up in a start-to-finish schedule.

Bharat, Uri, Kalank, Badla & Kesari Become The Most Popular Five Movies In First Half Year Of 2019 On Score Trends India