Those were the days when Mahesh Bhatt was considered to be the most “hot” director. All the actors from Sanjeev Kumar to Dilip Kumar wanted to know more about him and even expressed their desire to work with him, while Mahesh was on different trips like the alcohol trip, the drugs strip, the bhagwan trip and all kinds of philosophical and psychological trips – Ali Peter John 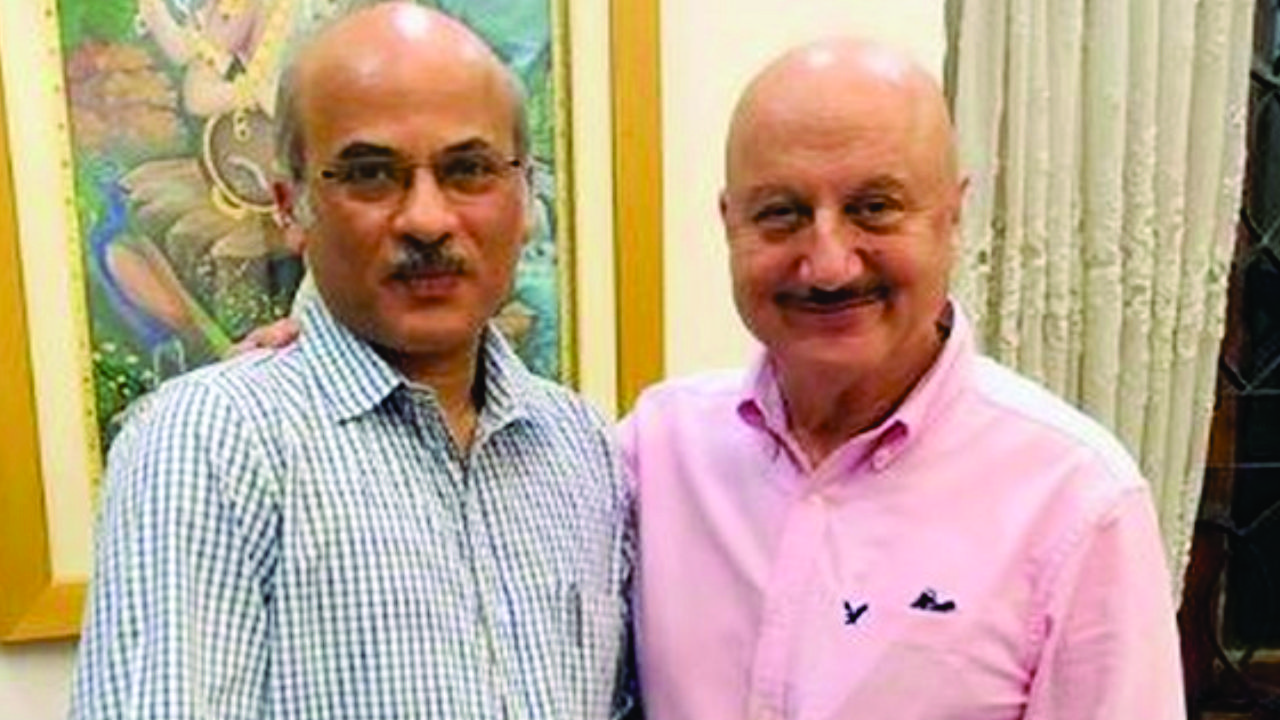 It was during these times that the Rajshris’ had liked his story about an old and retired man fighting at the airport for the urn of his only sons’ ashes which had landed from America.

After several meetings between the Barjatyas’ and Mahesh, it was decided to cast a newcomer as the old man and Smita Patil as his wife.

At the other side of the story on the making of the film, Mahesh had promised the same role of the old man to a struggling actor from the National School of Drama (NSD), Anupam Kher and Anupam believed that the film and his role would change his fortune in Mumbai. 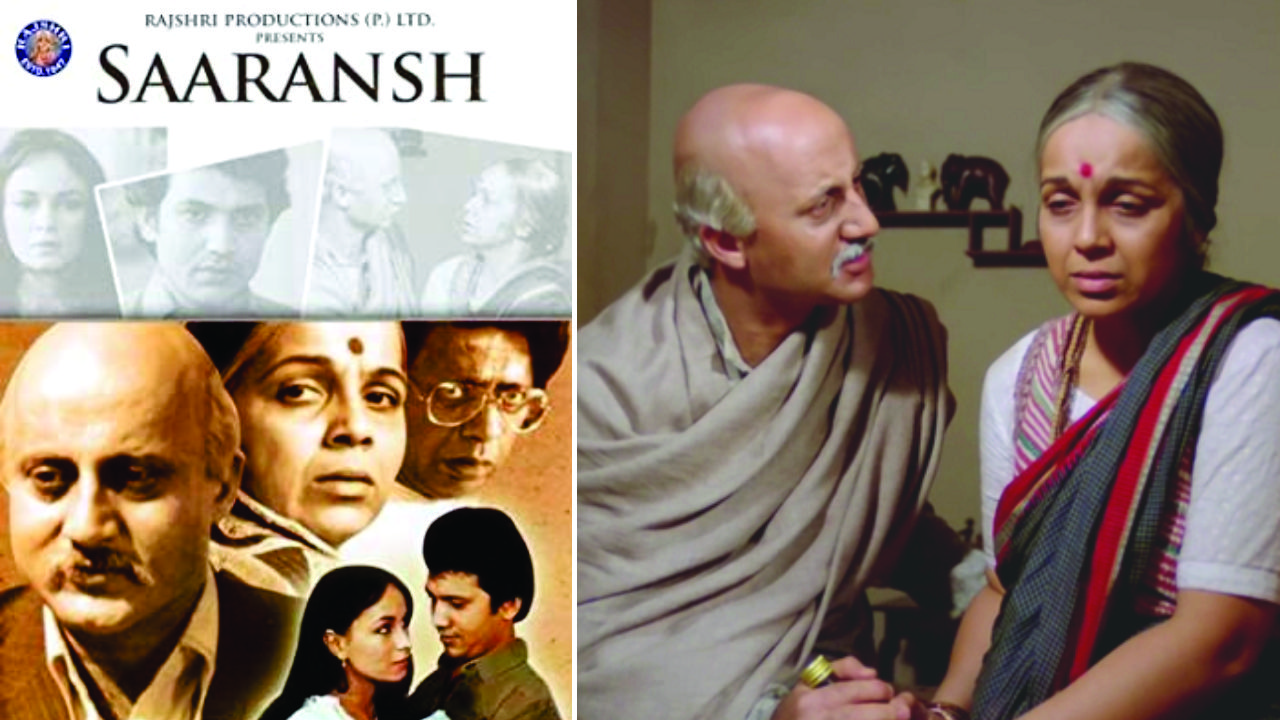 And he began preparing for the role of the 67-year old man when he was only 27, so what if he had gone bald when he was quite young? Mahesh kept on giving the young Anupam all the assurance that he would play the role because he had the fire in him that was needed for the angry old man to explode in the climax of the film.

Anupam had a friend called Suhas Khandke who was working as a general assistant at Rajshri Productions and he was Anupam’s batch-mate at the NSD. It was night when the big bosses at Rajshri’s were finalizing the cast of the film that they had decided to call it “Saaransh”.

Suhas had been hearing Anupam talking about his being chosen for the key role in “Saaransh” and was shocked when Mahesh agreed to drop Anupam and cast Sanjeev Kumar and replace Smita Patil with Rohini Hattangadi who has just played the role of Kasturba in Richard Attenborough’s “Gandhi”. 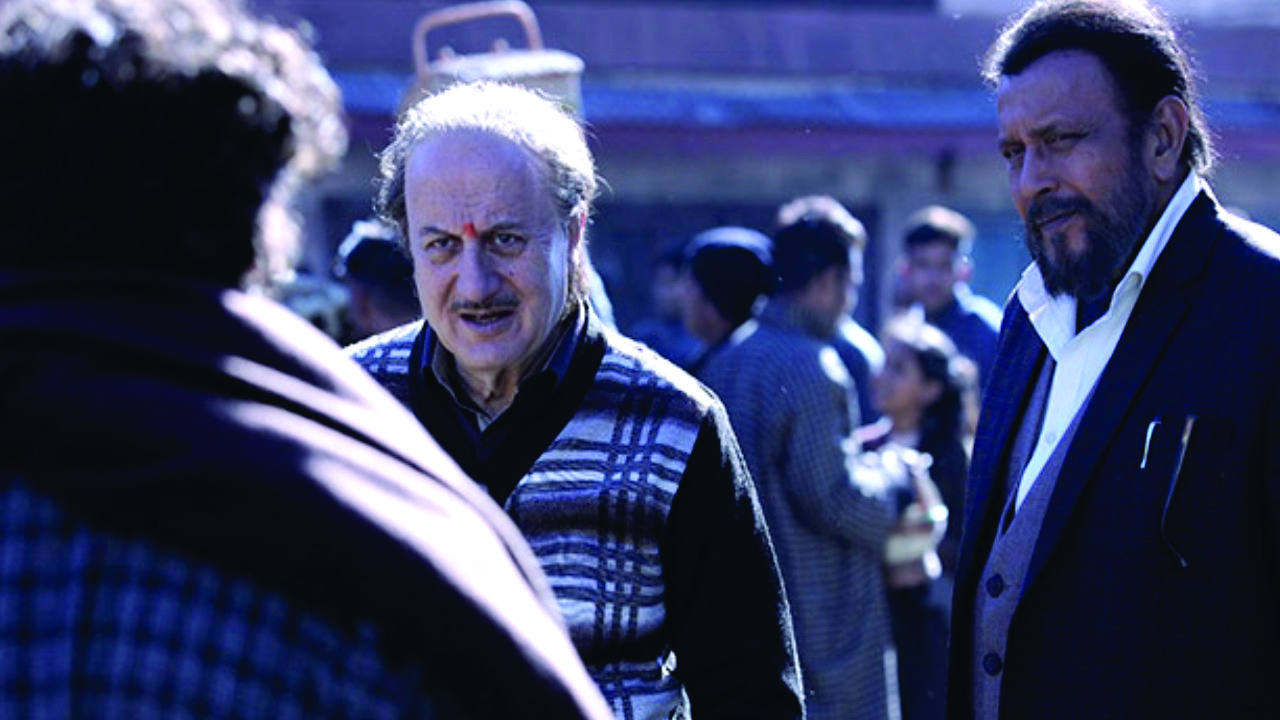 Suhas rushed to Kherwadi where Anupam lived in a room in a slum and told Anupam about the big change that was taking place in the casting of “Saaransh”.

Anupam was shocked beyond belief and impulsively packed his bag and rushed to Preado compound in Juhu where Mahesh lived in an apartment with his family.

Anupam couldn’t control his anger, his disillusionment and his total disappointment and screamed and yelled and abused Mahesh for betraying and cheating him.

He cursed Mahesh and said it was the curse of a pandit and he would be punished for whatever sins he had committed against him. 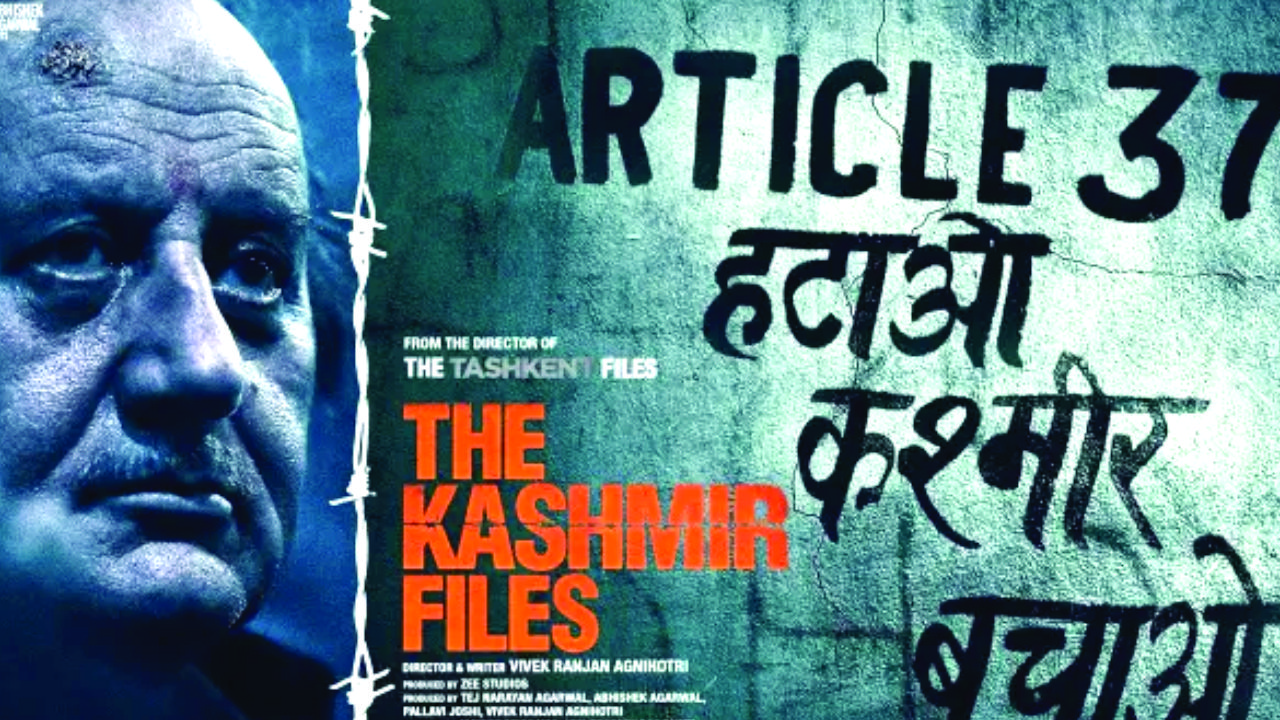 And he was about to carry his jhola and walk to the closest station to take a train back to Simla but Mahesh came running down and stopped Anupam and took him home and pacified him and said he was happy to see Anupam in the desperate condition he was in because that was just what he needed him to do in his character in “Saaransh”.

That same morning, Mahesh had a meeting with the Bharjatyas and told them that he would make “Saaransh” with the new actor Anupam Kher or not make the film at all.

“Saaransh” has made Sooraj Barjatya who was the 13th Mahesh Bhatt’s assistant in the film. “Saaransh” created a sensation and Anupam Kher was the first star at 27 and who was totally bald.