The more I think abour Sahir (Ludhianvi) , the more I get this very strong feeling that he was some kind of a prophet of the 20th century sent by god to keep the rule and the rules of god alive – ALI PETER JOHN

When Sahir came to Bombay from Lahore, the songwriter was treated like a clerk or a school master and was not shown any respect and was not paid enough to even wear some good clothes or take care of himself and his family.

Sahir had already made a name for himself as a poet and had two collections of his poems in Urdu published.

He did his first few films as a song writer and became extremely popular after writing the songs of Navketan’s Baazi and Guru Dutt’s pyaasa, both films with music by S.D. Burman.

A time came in the 60s when films were even sold because of Sahir’s name being associated with them.

It was when he was at the peak of his popularity that he realized how poets and songwriters were paid so very little.

He was the first to raise his voice for the songwriters of hindi films. He started his protest when he started demanding more money than was paid to the music directors.

His protest took a new turn when he even demanded one rupee more than music director Naushad and Lata Mangeshkar and he managed to get what he wanted.

This protest led to other songwriters also getting more money without even asking for it.

Some time later, Sahir even asked All India Radio and its Vividh Bharti program of songs to give full credit to the songwriters and make every song go with the name of the song writer which never used to happen before.

With this protest, Sahir not only got himself credit but also to all song writers of the past and the future.

Sahir was very strict about what he wrote and never allowed even the biggest filmmakers to change a line or a word of what he had written.

Infact he always said that he was a better songwriter for films and a great poet as people thought he was.

Sahir also never compromised when it came to the music given to his lyrics. It was because of this reason that he never worked with big music directors like Shankar- Jaikishan , Naushad and others.

He always got his songs recorded by lesser known composers like N. Dutta, Khayyam and Ravi.

He was to write the songs of a film called Phir subah hogi which was to be directed by Ramesh Sehgal.

Raj Kapoor was the leading man of the film which was based on the masterpiece of a novel, crime and punishment.

The director asked who the composer could be and Sahir mentioned the name of Khayyama.

A music session was arranged for Khayyam with Raj kapoor and Khayyam played five tunes for the title song of the film. 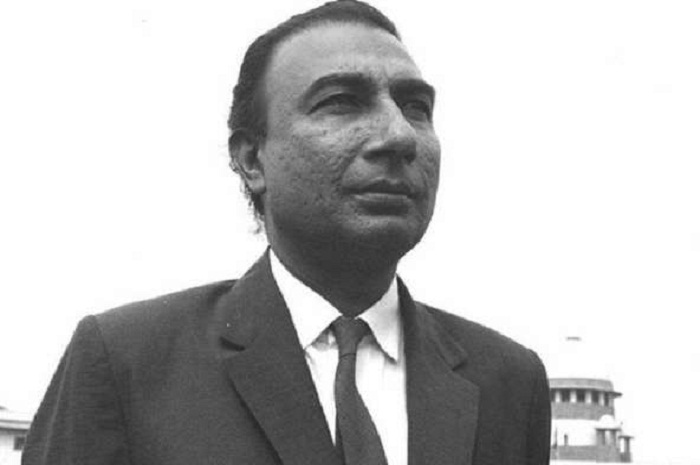 And Raj kapoor liked all the five tunes and that is how Ahayyama scored the music for ‘Phir subah hogi’ whose songs are evergreen in the minds of people.

Sahir had the same condition with Yash Chopra even though he was his friend when it came to the music of “Kabhi Kabhi”.

And the way Khayyam made use of the golden opportunity, his music in ‘Kabhi kabhi’ gave him a new lease of life. Sahir continued to have the same rules he had formed for himself till the end of his life.

This Father’s Day, Team-Up With Daddy Dearest And Enjoy A Special Binge on &flix and Zee Café