There was a strong Bhagwaan Rajneesh wave sweeping all over the country and even in countries like America , Canada and some of the European countries – Ali Peter John 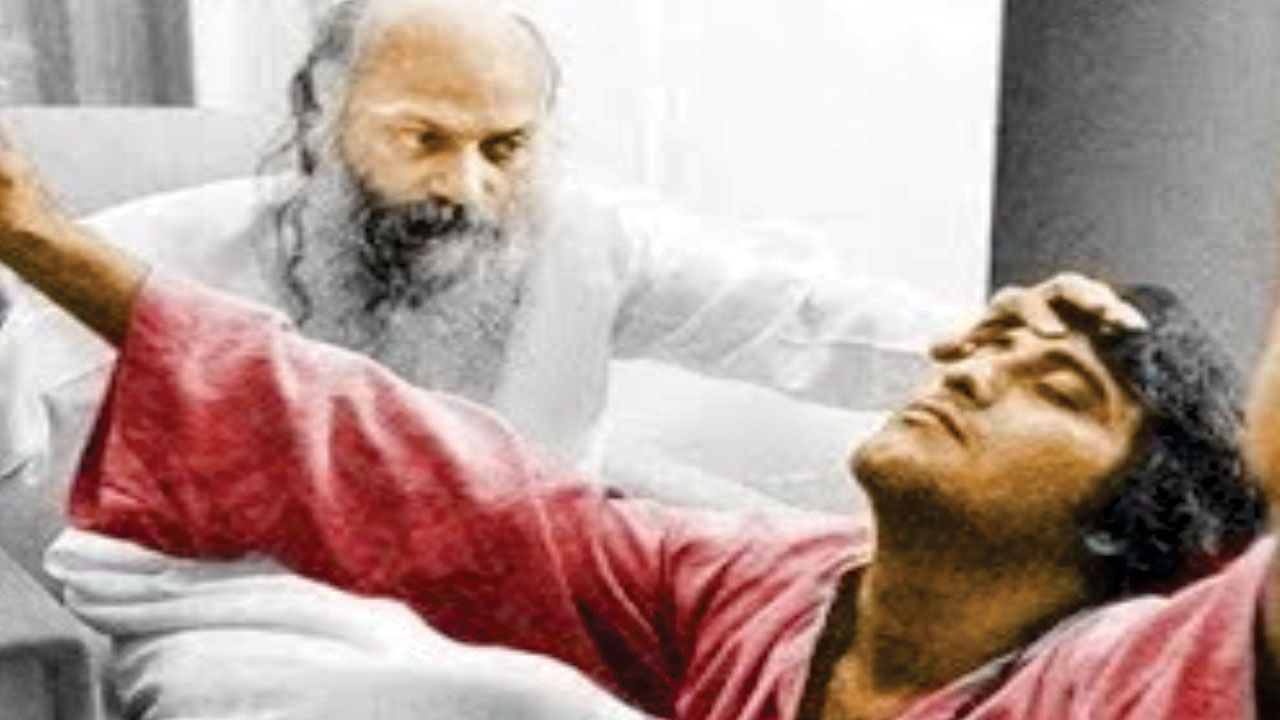 A small time professor had succeded in attracting and mesmerising lakhs of people by his preachings and teachings Which lapped up mainly because of his innovative and rebellious ideas about sex . Free sex was the idea spread by him that created a sensation and it led to his becoming and being accepted as a Bhagwaan with his temples all over the world and his headquarters being in Oregon .

He was seen as a god by his followers and a fraud by many . He had a good number of men and women in the world of films in Bombay and one of his first disciples in Bombay was Vinod Khanna .

Vinod was on the top of the world those days and after the grand success of “Amar Akbar Anthony” , he was tipped to throw Amitabh Bachchan off his throne as the “number one to ten” superstar . 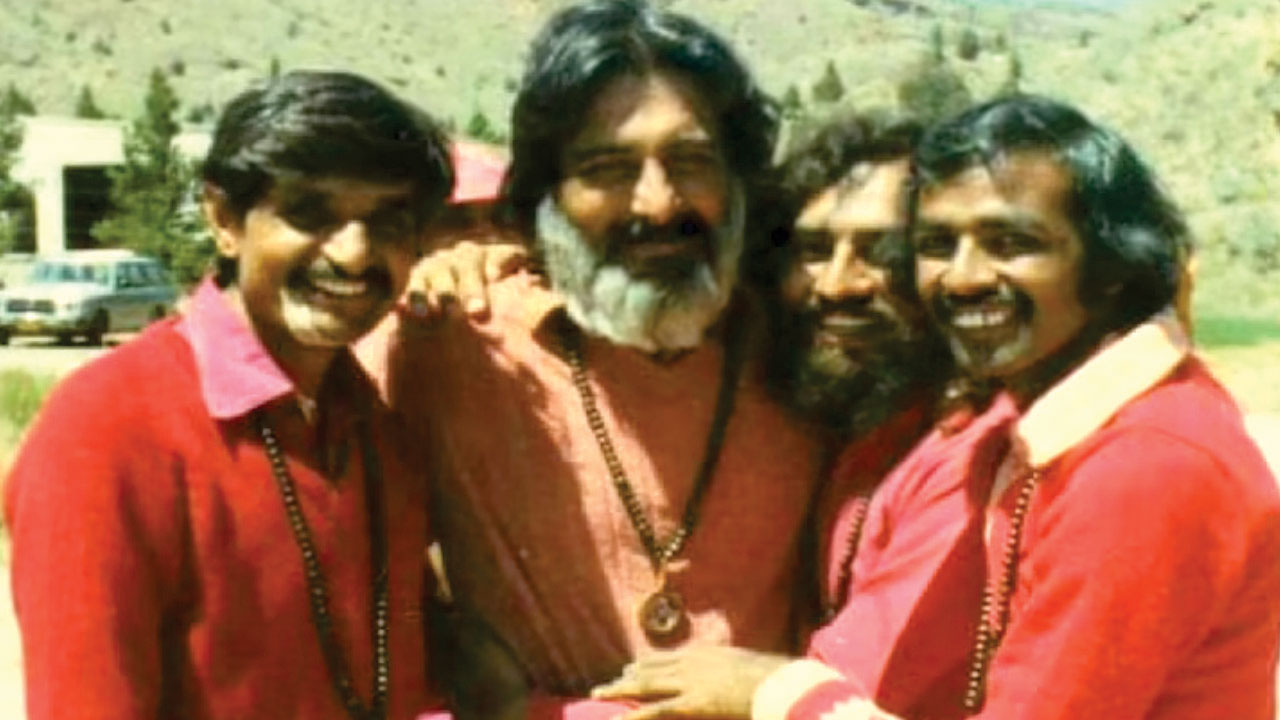 But , it was exactly at this time that he had some serious domestic problems and was on the verge of breaking up with his wife Geetanjali who was his childhood sweetheart .

He was one of those who came across the teachings of Acharya Rajneesh who had self appointed himself as Bhagwan Rajneesh . There was an overnight change in the dashing handsome hero .

He started wearing saffron robes with a maala around his neck which had a medal with the picture of the Bhagwan . He continued working in films ,but there was a distinct change in his personality . He carried the books of the teachings of his Bhagwan and tapes of his pravachans in English , which he kept listening to during all his free time . 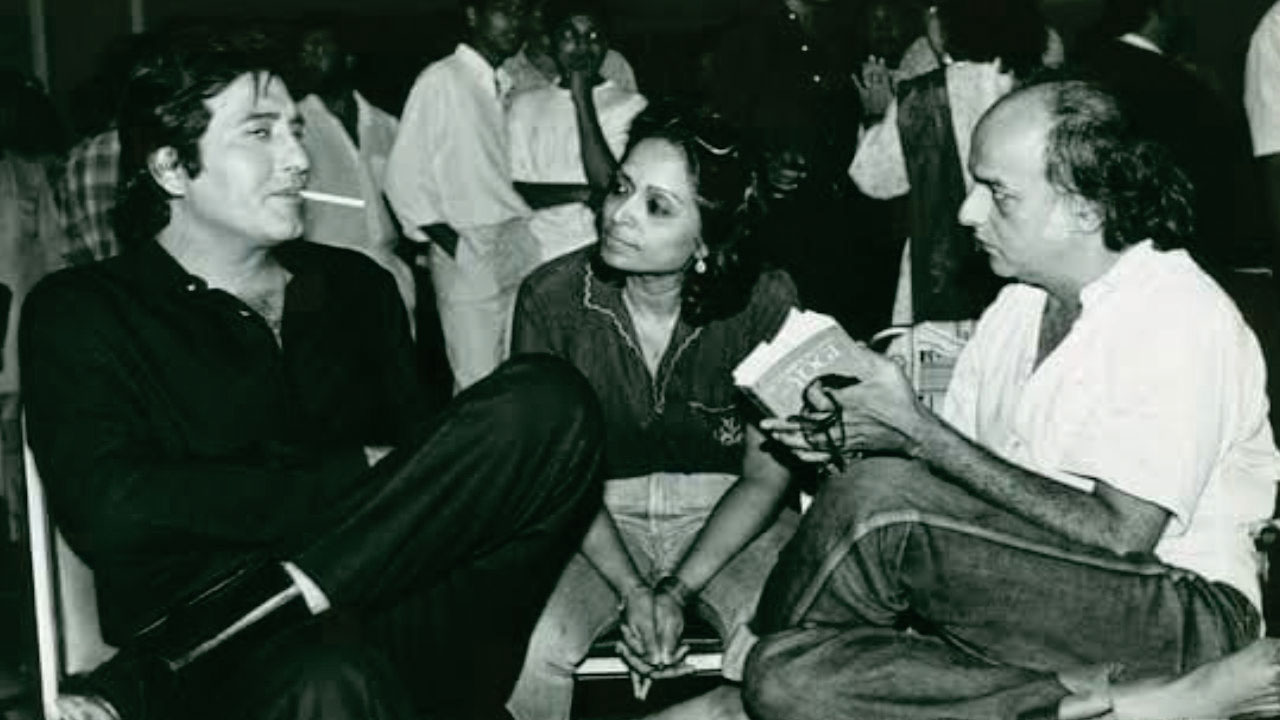 The first time I sat with him and listened to the pravachans was at the Mehboob Studios and I was bowled over by whatever I heard and Vinod kept looking at me as if he was trying to know how I was reacting . I must admit that his Bhagwan had made quite an impact on me and I had decided that I would spend more time with Vinod . The feeling seemed to be mutual .

For the next to few months I literally followed Vinod and he invited me to be with him as many times as possible . 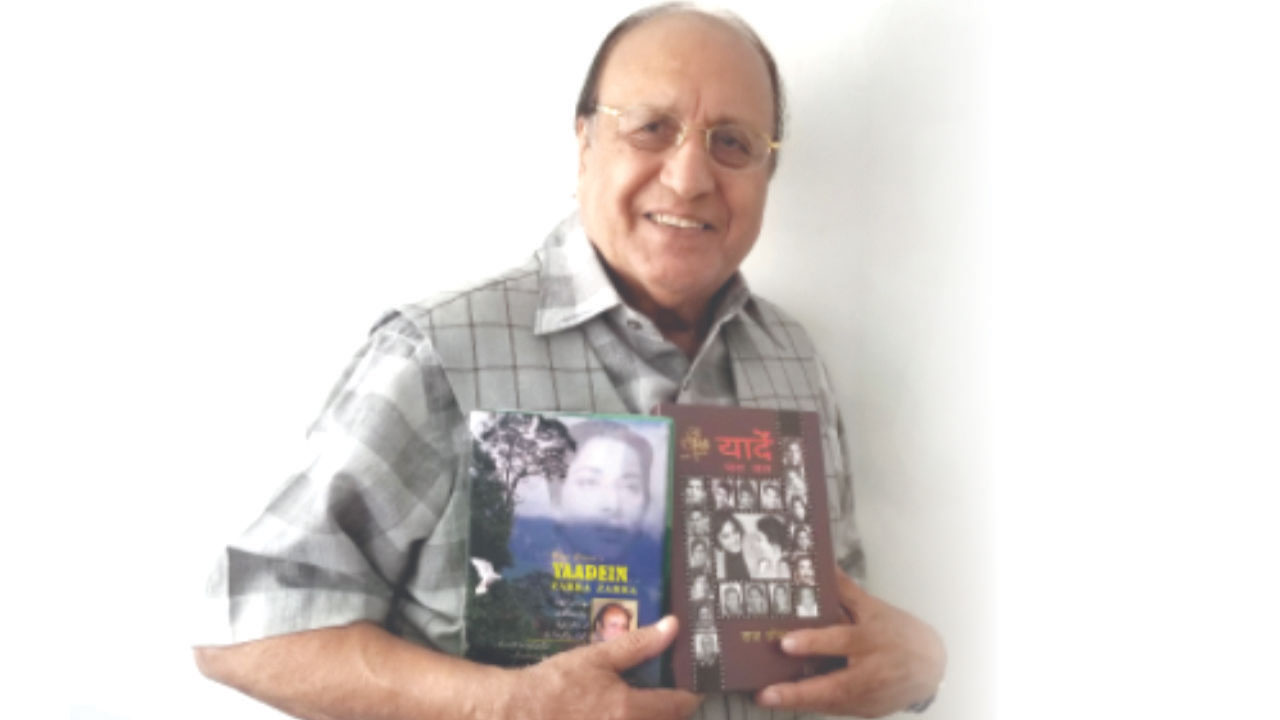 He was shooting in Udaipur for Raaj Grover’s Taaqat with Raakhee and Pran as his co- stars and Raaj Grover who was also taking care of the publicity invited me to join him in Udaipur .

It was during my stay in Udaipur that I spent a lot of time with Vinod and most of the time Vinod made me listen to the tapes of his Bhagwan . And at the end of my trip to Udaipur , I told Vinod that I would like to follow him as a follower of the Bhagwan and Vinod had the smile of a winner on his face . It was as if his mission to get me converted to the philosophy and rituals of Rajneesh had been fulfilled .

Within a month I was with Vinod in the hills of Sundar Nagar, a place a little away from Manali . And the meetings between Vinod and me intensified and it was in the natural surroundings of Sundar Nagar that I gave Vinod a promise to join him and his Bhagwan .

A number of leading filmmakers had signed him for some big films , but he threw a bombshell on all of them and the industry and all his millions of fans when he decided to renounce films , quit the industry and go to Oregon to join his Bhagwan . 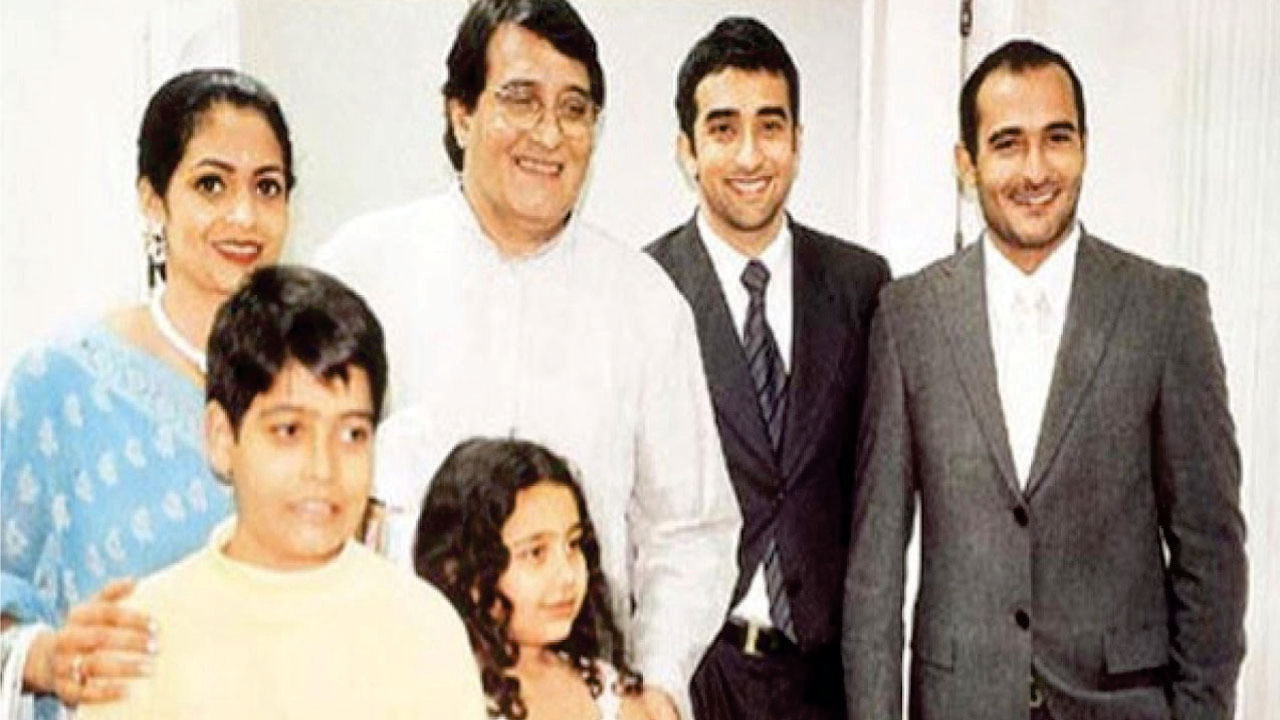 He was cursed by the producers who had signed him , but nothing mattered to the handsome hero who had taken the final decision to surrender himself to his Bhagwan . Vinod and his men in kept looking for me thinking that I would go with Vinod , but I still don’t know what kept me back and now when I look back , I think I made the right decision to keep away from Vinod”‘s Bhagwan .

Vinod was in Oregon for eight long years . He was known as Swami Vinod Bharati and grew a thick grey beard and worked as the Bhagwan’s favourite gardner . The only one from the film industry he was in touch with was Gulzar who had made films like “Achanak” , “Meera” and “Lekin” with him

And eight years later ,he sprung another surprise when he renounced his Bhagwan and came back to Bombay only to know that he was not even recognised when he attended the funeral of Sanjeev Kumar and had arrived in a taxi . 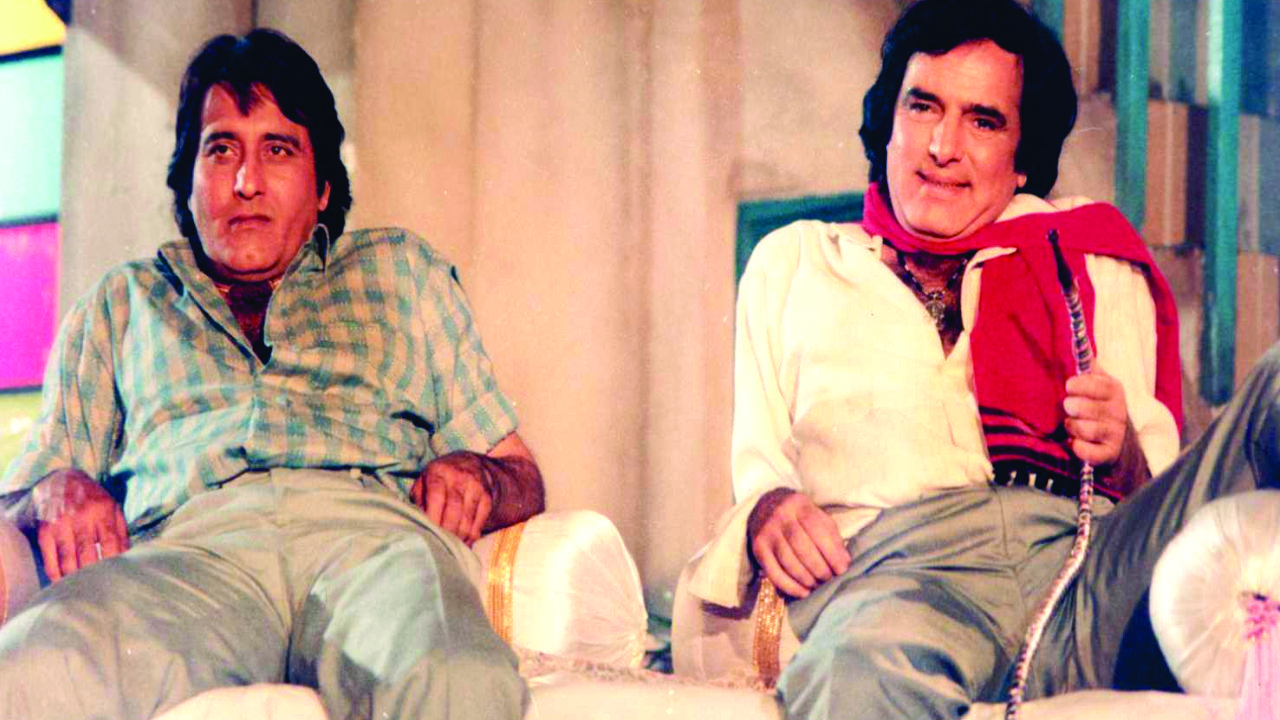 Vinod tried to make a comeback , but it was not so easy , till Feroz Khan gave him a meaty role in Dayawaan which was followed by a couple of other films . He was one of the big stars who had a massive complex about Amitabh Bachchan and one morning he called me to his house and asked me how he could get the kind of roles Amitabh was playing and I very simply told him that things would not have been like this for him if he had not “escaped” to join his Bhagwan when the industry was willing to offer him the crown which it felt and believed he richly deserved .

He had tried politics and had even become a Union Cabinet Minister, but he didn’t find the satisfaction he looked for . And then came all those photographs of him looking very sick and within a week he was gone

What a waste of a wonderful life , all because of a Bhagwaan who not only ruined him , but all those who joined him in a weak moment !

I think digitalization is brilliant, but definitely at the risk of saturation!, asserts Somy Ali