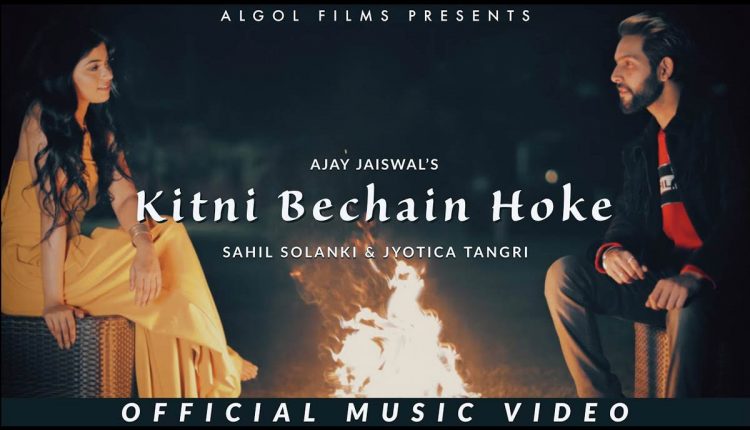 The trend of remaking the popular Bollywood songs with dash of rap and hip-hop is at its peak and Bollywood fans love the songs that instigate the feeling of nostalgia. This adds more value to complete Bollywood Cultural vibe, it surely makes fans remember songs and cherish memories about that songs. Almost every 5th Film in Bollywood had remakes / remixes of popular Bollywood Songs in 2018. Musician Ajay Jaiswal and his team thought to treat Bollywood Music lovers with amazing consonance version of the song ‘Kitni Bechain Hoke’ from the movie ‘Kasoor’. This romantic song is recreated using the popular line “Kitni Bechain Hoke”. Rest of the lyrics are beautifully rewritten by Rashi Maheshwari and music is given by Ajay Jaiswal. This song is sung by none other than Jyotica Tangri who won Zee Cine Awards for her popular song “Pallo Latke” along with Sahil Solanki who was one of the top 5 in Zee TV’s popular music reality show Saregamapa 2019. The song also features Yashaswi Devadiga along with Sahil Solanki and does great justice to this amazing consonance version of ‘Kitni Bechain Hoke’.