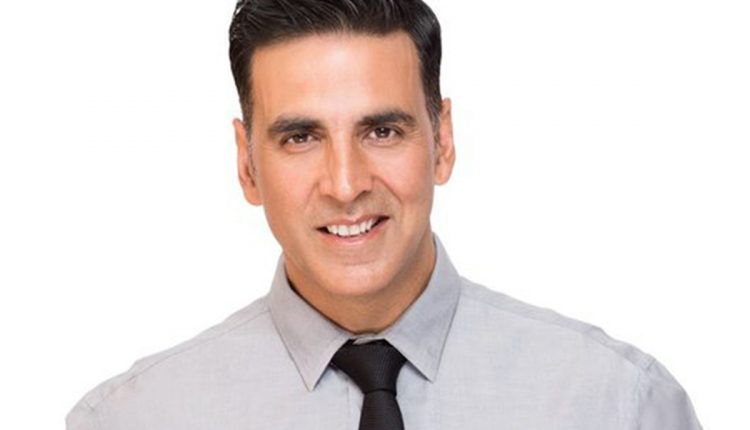 Akshay Kumar (born Rajiv Hari Om Bhatia; 9 September 1967) is a film actor, producer, martial artist, stuntman, television personality and philanthropist who works in Bollywood films. Kumar was born in India, but now has Canadian citizenship. In a career spanning more than twenty five years, Kumar has appeared in over a hundred Hindi films and has won several awards including the National Film Award for Best Actor for his performance in Rustom and two Filmfare Awards. Box Office India has listed Kumar as one of the most successful actors in the history of Indian cinema.[2][3][4]

He became the first Bollywood actor whose movies have crossed respectively the Rs 2000 crore (₹20 billion (US$290 million) in 2013 [5] and Rs 3000 crore (₹30 billion (US$440 million)) in 2016 [6] in their domestic net lifetime collection. Having done so, he has established himself as one of the prominent actors of the Hindi cinema.[7][8] When he began his acting career in the 1990s, he primarily starred in action films. Kumar also gained fame for his drama, romantic and comic roles.

Apart from acting, Kumar has worked as a stunt actor; he has often performed many dangerous stunts in his films, which has earned him the sobriquet “Indian Jackie Chan”.[9][10] In 2008, he hosted the show Fear Factor – Khatron Ke Khiladi. In 2009, he founded the Hari Om Entertainment production company [11] and Grazing Goat Pictures production company in 2012. In 2014, Kumar launched TV realty show Dare 2 Dance. He also owns the team Khalsa Warriors in the World Kabaddi League. As of August 2017, he is the tenth highest paid actor in the world, according to Forbes.[12]

In 2008, the University of Windsor conferred an Honorary Doctorate on Kumar in recognition of his contribution to Indian cinema. In 2009, he was awarded the Padma Shri by the Government of India. In 2011, The Asian Awards honored Kumar for his outstanding achievement in Cinema.

A Coolie Who Rose To Build His Own Empire (Remembering Dr.V.Shantaram On His Birth…

In memory of the Evergreen OP Nayyar

Urvashi Rautela opens up about her character for her upcoming “Inspector…