Alia Bhatt’s Raazi recently got released and she is getting highly appreciated for her role in the movie. The actor has done full justice to her character. while interacting with the media, the actor said that she feels really happy when she makes people cry through her films. 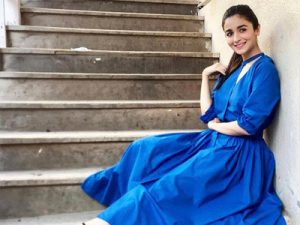 When asked whether she expected a positive response from the audience for her latest release “Raazi”, she said, “I didn’t expect this kind of response. Since the beginning, we thought that we were making a small film, so we didn’t feel we would get so much attention and love from the audience.” 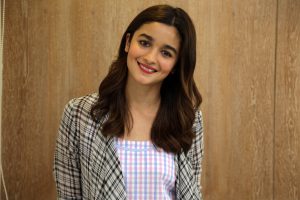 “We were proud of the film but the kind of unanimous reaction we are getting for the film is amazing. We all are pleasantly shocked. I am really happy, especially for Meghna Gulzar (director) because I think she hasn’t slept for God knows how many months. She was so nervous before the release of the film but the audience has given so much love that we are so grateful.”

“Some people were crying after watching the film and I feel really happy when I make people cry through my films. Then I feel we have done our job.”

Talking about the work front, Alia will be seen in the upcoming movie Gully Boy, Kalank and Brahmastra.