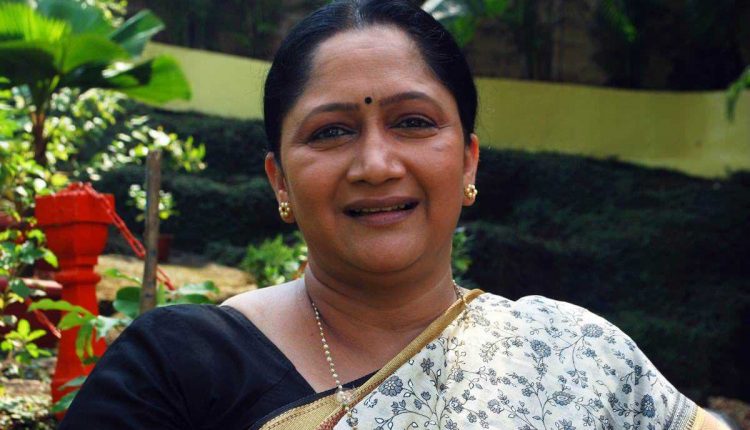 Alka Kubal Says She Didn’t Use Glycerin In Weddingcha Shinema

Alka Kubal reigned as the queen of the Marathi film industry for a long time to come in the 80’s and 90’s especially after the super duper success of her tear jerker called Maherchi Saadi , in which she was cast opposite Ramesh Bhatkar, who died recently due to cancer, which created record after record at the box office. The film was produced by Vijay Kondke the producer –brother of the popular actor Dada Kondke. Ever since the film’s success at the box office, producers stopped asking Alka Kubal to wear glamorous clothes and in almost each and every film in which she acted, Alka was seen shedding copious tears in every scene because that’s what people wanted, felt the producers of each and every film of hers.  However, now in the new age 2019, Alka is delighted that for the first time, she did not have to use any glycerin in her film Weddingcha Shinema, directed by Dr Salil Kulkarni. At then trailer launch of the film, Alka declared, “In real life, I do not at all use glycerin or cry at all. Of course there is conflict in the film Weddingcha Shinema, but then that is created by then situations and no one in the film is negative and makes me cry”.