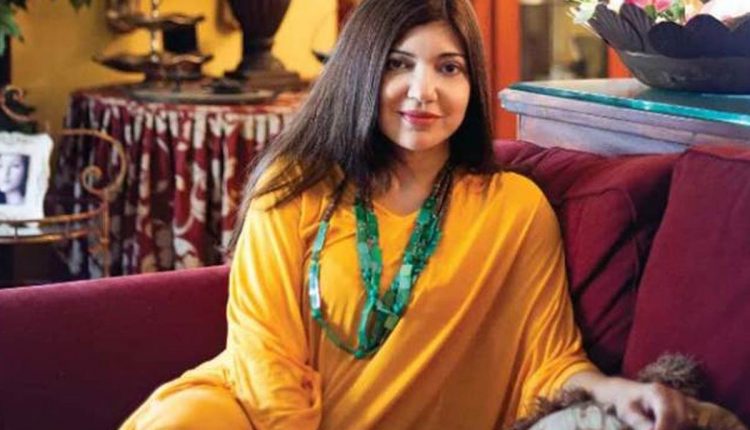 Alka Yagnik, Who Is A Fan Of Lataji Listens To Only The Non Film Songs Of Her In Her Car

Alka Yagnik, who has been singing right from the age of 5 belongs to a musical family and her mother was a classical singer. At a Meet Alka Yagnik on the occasion fo The World Music Day recently Alka spoke to senior journalist Bhawna Somaya at Inox IInsignia at Malad where she confessed that she had started remaining glued to the radio to listen to the songs at the age of three and a half. Alka also revealed a bomb when she spoke about how A R Rahman instructed her to sing the popular song Agar Tum Saath Ho for the Ranbir Kapoor–Deepika Padukone starrer Tamasha on the Skype.

“I was more than happy when I saw the film and realized that the nuances that I had put into the song had been justified by Deeopika Padukone and added that she always make it a point to try to act with her voice when she sings inside a recording studio and that perhaps is the secret of Alka’s success as well as popularity as a playback singer. Yet another revelation of Alka was that she only listens to the non film songs of the great Lata Mangeshkar whenever she is travelling by her car and added that she was overjoyed when Hridayanth Mangeshkar had told her that the way she had sung in the Aishwarya Rai starrer Umrao Jaan he felt Lataji had sung it and only when Lataji told him that she had not crooned that song, did she come to know that it was Alka who had sung the song for music director Anu Malik and not Lataji.

Kunal Thakur Says That Though He Is Part Of Commercials, He Does Not Feel Overexposed

“With theatres struggling to open again, the web is probably the next big step”

EVERYONE WANTS MASALA IN DAILY SOAPS & I THINK I PROVIDE JUST THAT”, SAYS…

THE MOST CHALLENGING PART FOR ANYONE IS THE ABUNDANCE TALENT AND NEPOTISM, SAYS…