AMAZON PRIME VIDEO CONFIRMS ‘12.02.2021’ AS THE LAUNCH DATE FOR THE NEW SEASON OF THE HIGHLY-ACCLAIMED AMAZON ORIGINAL THE FAMILY MAN

The new season of The Family Man is poised to have a bigger scale, spectacular action and a deadlier nemesis. The show will be available to stream on Amazon Prime Video in India and across 240 countries and territories.

Created by the maverick duo, Raj and DK, the new season of Amazon Original Series The Family Man will mark the digital debut of superstar Samantha Akkineni who joins the stellar cast of the show including Padma Shree recipient Manoj Bajpayee, Priyamani, Sharib Hashmi and Seema Biswas.

MUMBAI, India, 7 January 2021 – Amazon Prime Video had launched an intriguing teaser of Amazon Original Series The Family Man recently which led to a wave of euphoria amongst its fans across the country. Amidst heightened anticipation, many of the superfans of The Family Man actually managed to decode the launch date of the new season, from a clue hidden within the teaser. Putting an end to the speculation and giving joy to millions of fans who have been awaiting the final confirmation on the launch date, Amazon Prime Video today officially announces 12 February 2021 as the launch date for the new season of its award-winning show, The Family Man.

With a multi-layered narrative, the sequel of the action spy thriller marks the return of India’s favourite Family Man, Srikant Tiwari, essayed by Manoj Bajpayee. This time Srikant, while struggling to balance his personal and professional life, will be pitted against a new nemesis, Raji played by Samantha Akkineni. Replete with twists and turns, the upcoming season will see Srikant embarking on a new mission as ‘This Time, No One is Safe’. 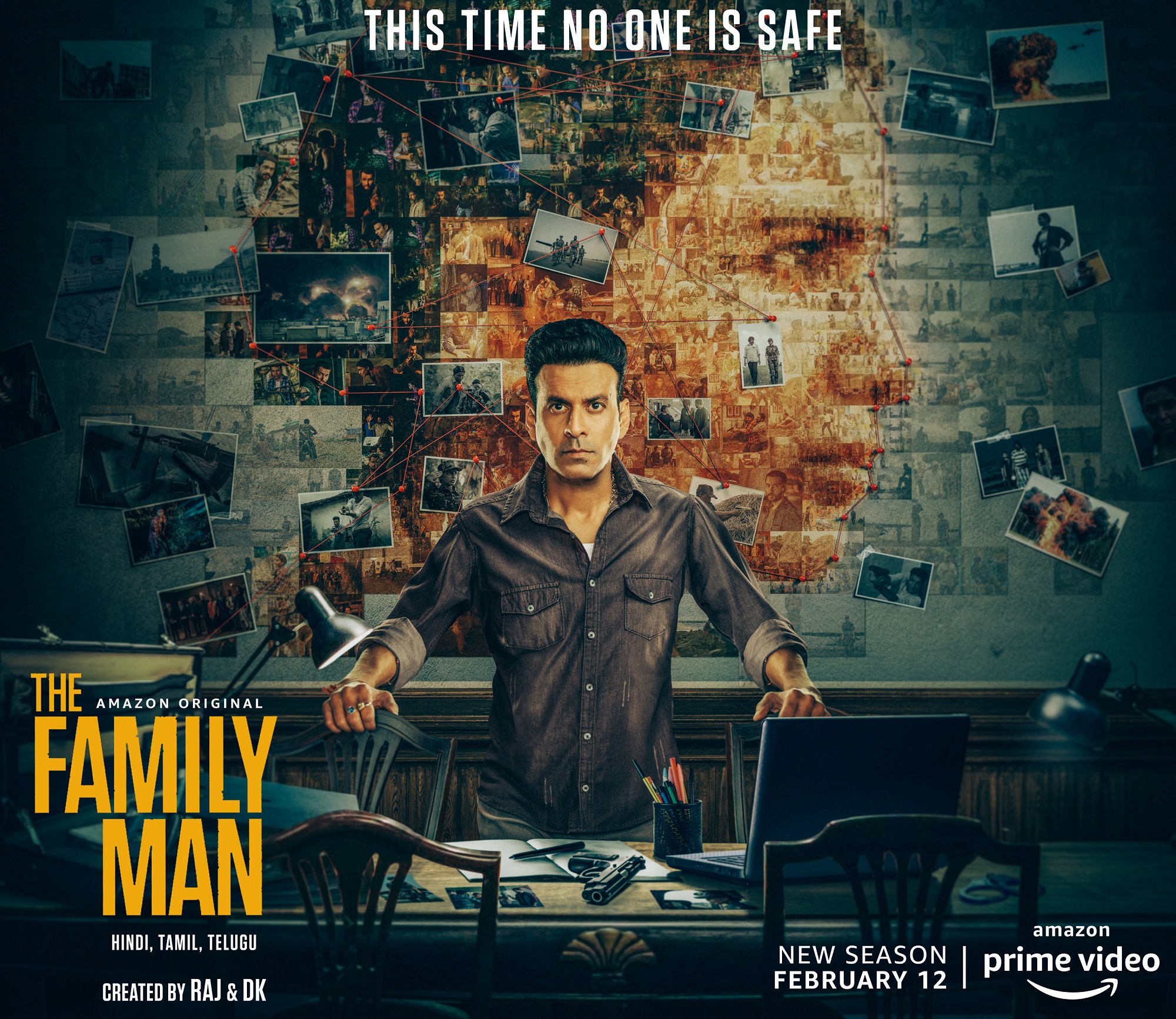 Speaking on the return of the popular franchise, Aparna Purohit, Head of India Originals, Amazon Prime Video, commented, “The Family Man had set a new benchmark in the spy thriller genre in India. Appreciated by fans and critics alike for its compelling storyline and phenomenal performances, the show became a part of our popular culture. The fact that the fans had successfully managed to decode the show’s launch date by reading ‘2021’ as ‘1202’ in reverse when we recently unveiled the teaser poster is a testament to the show’s unparalleled fandom! We are excited to present the brand new season of The Family Man to our customers. Watch out as ‘This Time, No One is Safe’!”

The maverick duo Raj and DK, creators of the immensely popular, much-loved ‘The Family Man’ said “We are thrilled and excited to return to the world of The Family Man. The response to first season was overwhelming and it struck a real chord with the viewers. And we are hopeful that we can continue to tell a story which is, as compelling and engaging as the first season. The one question we were asked for the last 16 months is – when is season 2 coming. Our team has worked from home through the pandemic and amidst all the constraints to complete the season. We wish to thank everyone involved in our show, and fans can be sure that we have plenty of surprises in store for the new season of The Family Man.”

Synopsis: The Family Man is an edgy, action-drama series, which tells the story of a middle-class man, Srikant Tiwari, who works for a special cell of the National Investigation Agency. The series explores Srikant’s tight-rope walk as he struggles to strike a balance between his secretive, low paying, high-pressure, high-stakes job and being a husband and a father. This is as much a satirical take on the geopolitics of the region as it is the story of a middle class guy who is a world class spy.

Prime members will be able to watch all episodes of The Family Man Season 2 anywhere and anytime on the Prime Video app for smart TVs, mobile devices, Fire TV, Fire TV stick, Fire tablets, Apple TV, Airtel, Vodafone, etc. In the Prime Video app, Prime members can download episodes on their mobile devices and tablets and watch anywhere offline at no additional cost. Prime Video is available in India at no extra cost to a Prime membership for just ₹999 annually or ₹129 monthly, new customers can find out more at prime, subscribe to a free 30-day trial.

Review: This piece of KAAGAZ brings you serious issue in tickling manner