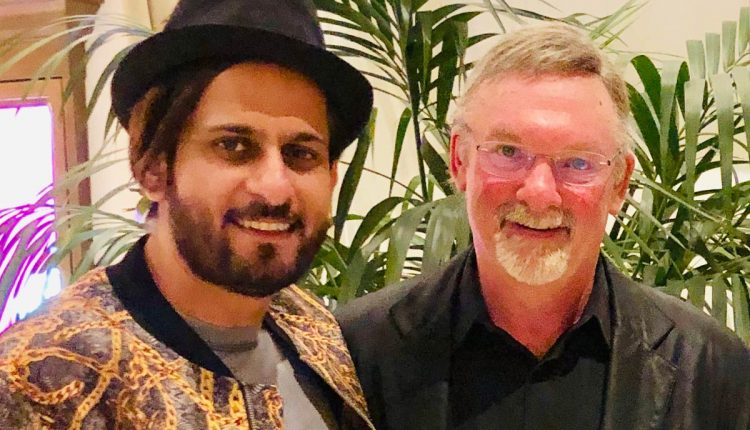 Amit Sarin Bonds With Dwight Little Who Is Directing His First Hollywood Production!

Amit Sarin surely knows how to settle for nothing but the best. The actor, who shifted his base to Los Angeles last year to kickstart his Hollywood production house, with his wife Vineesha as the creative head of our production house, already has his first project, Tiger Heart, rolling out soon. And for this, the actor has roped in Anaconda director Dwight Little. “I shifted to L.A in May 2018 and my wife, Vineesha and I are producing a Hollywood film. We have tied up with Hollywood producers and the movie will be directed by Dwight Little. It is an honor to work with Dwight. His body of work has been amazing and we are thrilled to have him direct this film. The film will star five actors, four of which will be Hollywood artists and I will essay the fifth role,” says the actor, who was last seen in the show Nisha Aur Uske Cousins on Star Plus. Amit has also been seen in shows such as like Kkusum, Kyunki Saas Bhi Kabhi Bahu Thi, Doli Saja Ke and Pavitra Rishta. Well! the sky is the limit for the actor now, who has a huge wish list of artists he wants to work with. “Chris Evans, Al Pacino, Christian Bale, Bradley Cooper, Scarlett Johansson…I mean who doesn’t want to work with these people? They are legends and it would be my honor to collaborate with them,” he says.

Inspired By Biblical Verses From The Book Of Corinthians, Singer Gwen Dias Is Releasing Her New Song “The Good Race” On April 15th