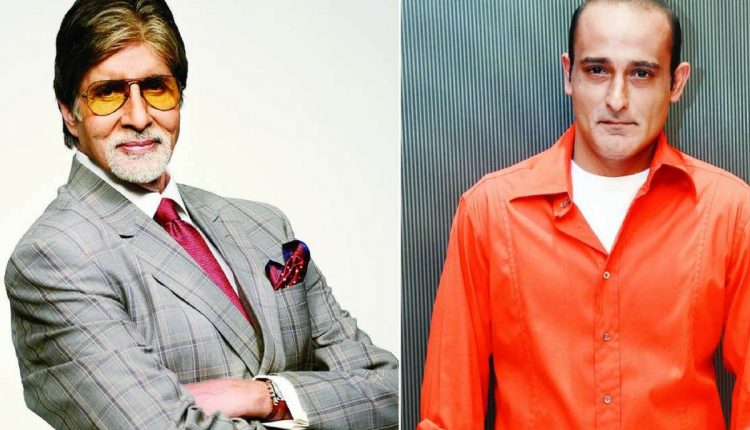 AMITABH BACHCHAN AND AKSHAYE KHANNA TO TEAM UP FOR E NIWAS’ ‘GUMNAAM’?

Gumnaam movie remake was planned earlier and there were rumours about the same but nothing worked out as son of NN Sippy (producer of the original film), Pravesh Sippy, claimed he hasn’t sold rights to the film or to anyone. But now it seems that the wait is over because finally E Niwas is planning to remake the film but it is not exactly the remake. The same title for the film is being used, but with a different plot story.

Jayantilal confirmed the daily, “Yes, I’m planning a film called ‘Gumnaam — The Game of Unknown’. It’s a murder mystery but with a completely fresh story.” When probed about the legalities involved, he maintains, “Our legal team is handling that. Though our film is also a murder mystery, it isn’t a remake of NN Sippy’s ‘Gumnaam’. We have just used the title, but it’s a different plot altogether.”

According to a source for the leading daily, “Mr. Bachchan has liked the idea. But he has not locked his dates for the film as he is already committed to a few projects. He’s trying to figure out if he can fit this movie in his date diary. Everyone’s awaiting his approval because it’s only after his confirmation that the other cast members will be finalised.”

The source further added, “Akshaye has just done ‘Ittefaq’ which was also a suspense thriller, so he’s taking time to give his nod to the project; though he knows he won’t be playing a sleuth in this one but will be one of the prime suspects.”

Speaking about the leading ladies, the source added, “Swara had given her verbal nod when she was first approached for this film. Later, Shriya too confirmed in principle for it.”

As it is a multi-starrer movie, so everyone’s dates are being worked out currently and the final call for the casting is yet to be done. No one has been signed yet, but once everyone is locked, the final and official announcement will be done.

SECTION 375 : AKSHAYE KHANNA AND RICHA CHADHA TO STAR IN FILM BASED ON MISUSE OF RAPE LAWS