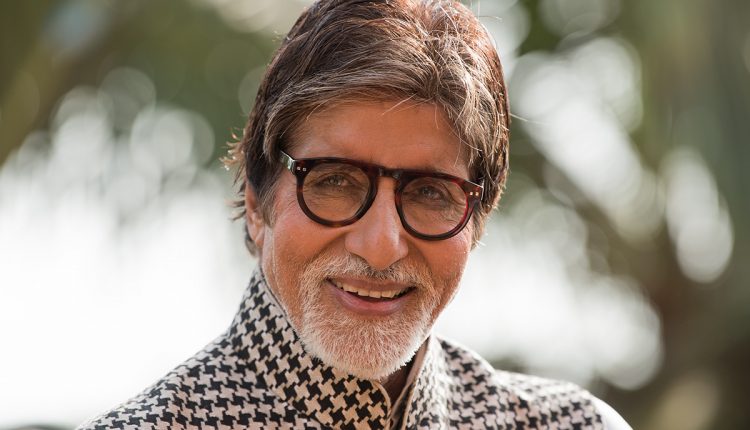 Amitabh Bachchan (pronounced [Amitabh Bachchan]; born 11 October 1942) is an Indian film actor, producer, television host, and former politician. He first gained popularity in the early 1970s for films such as Zanjeer, Deewaar and Sholay, and was dubbed India’s “angry young man” for his on-screen roles in Bollywood. Referred to as the Shahenshah of Bollywood, Star of the Millennium, or Big B, he has since appeared in over 190 Indian films in a career spanning almost five decades. Bachchan is widely regarded as one of the greatest and most influential actors in the history of Indian cinema as well as world cinema. So total was his dominance on the Indian movie scene in the 1970s and 1980s that the French director François Truffaut called him a “one-man industry”.

Bachchan has won numerous accolades in his career, including four National Film Awards as Best Actor and many awards at international film festivals and award ceremonies. He has won fifteen Filmfare Awards and is the most nominated performer in any major acting category at Filmfare, with 41 nominations overall. In addition to acting, Bachchan has worked as a playback singer, film producer and television presenter. He has hosted several seasons of the game show Kaun Banega Crorepati, India’s version of the game show franchise, Who Wants to Be a Millionaire?. He also entered politics for a time in the 1980s.

The Government of India honoured him with the Padma Shri in 1984, the Padma Bhushan in 2001 and the Padma Vibhushan in 2015 for his contributions to the arts. The Government of France honoured him with its highest civilian honour, Knight of the Legion of Honour, in 2007 for his exceptional career in the world of cinema and beyond. Bachchan also made an appearance in a Hollywood film, Baz Luhrmann’s The Great Gatsby (2013), in which he played a non-Indian Jewish character, Meyer Wolfsheim. Amitabh Bachchan campaign for Congress in Assam and visited here in Bongaigaon at ITI field in 1985.

Bachchan was born in Allahabad, Uttar Pradesh, in north central India.[14] His ancestors on his father’s side came from a village called Babupatti, in the Raniganj tehsil, in the Pratapgarh district, in the present-day state of Uttar Pradesh, in India.[15] His father Harivansh Rai Bachchan, was an Awadhi dialect-Hindi poet and a Hindu, while his mother, Teji Bachchan, was Sikh.[16] Bachchan was initially named Inquilaab, inspired by the phrase Inquilab Zindabad (which translates into English as “Long live the revolution”) popularly used during the Indian independence struggle. However, at the suggestion of fellow poet Sumitranandan Pant, Harivansh Rai changed the boy’s name to Amitabh, which, according to a Times of India article, means “the light that will never die”.[17][a] Although his surname was Shrivastava, Amitabh’s father had adopted the pen name Bachchan (“child-like” in colloquial Hindi), under which he published all of his works.[18] It is with this last name that Amitabh debuted in films and for all other practical purposes, Bachchan has become the surname for all of his immediate family.[19] Bachchan’s father died in 2003, and his mother in 2007.[20]

Bachchan is an alumnus of Sherwood College, Nainital. He later attended Kirori Mal College, University of Delhi.[21] He has a younger brother, Ajitabh. His mother had a keen interest in theatre and was offered a feature film role, but she preferred her domestic duties. Teji had some influence in Amitabh Bachchan’s choice of career because she always insisted that he should “take the centre stage”.[22]

He is married to actress Jaya Bhaduri.[23] The couple have two children, Shweta Bachchan (known as Shweta Nanda after her marriage to businessman Nikhil Nanda) and Abhishek Bachchan (also an actor, and husband of actress Aishwarya Rai).