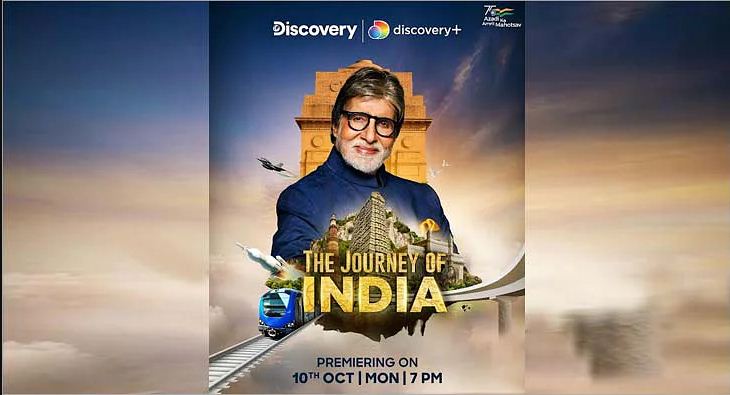 As India celebrates Azadi Ka Amrit Mahotsav on its 75th year of Independence, Warner Bros. Discovery is set to commemorate the country’s rich tapestry of heritage, innovation and contemporary marvels that have paved the way for this nation’s cutting-edge advancement with new series – The Journey of India premiering in India on October, 10. Narrated by Bollywood legend Amitabh Bachchan, also the face of Incredible India, the series weaves a tale of India’s legacy with contributions from a range of esteemed personalities and leaders. 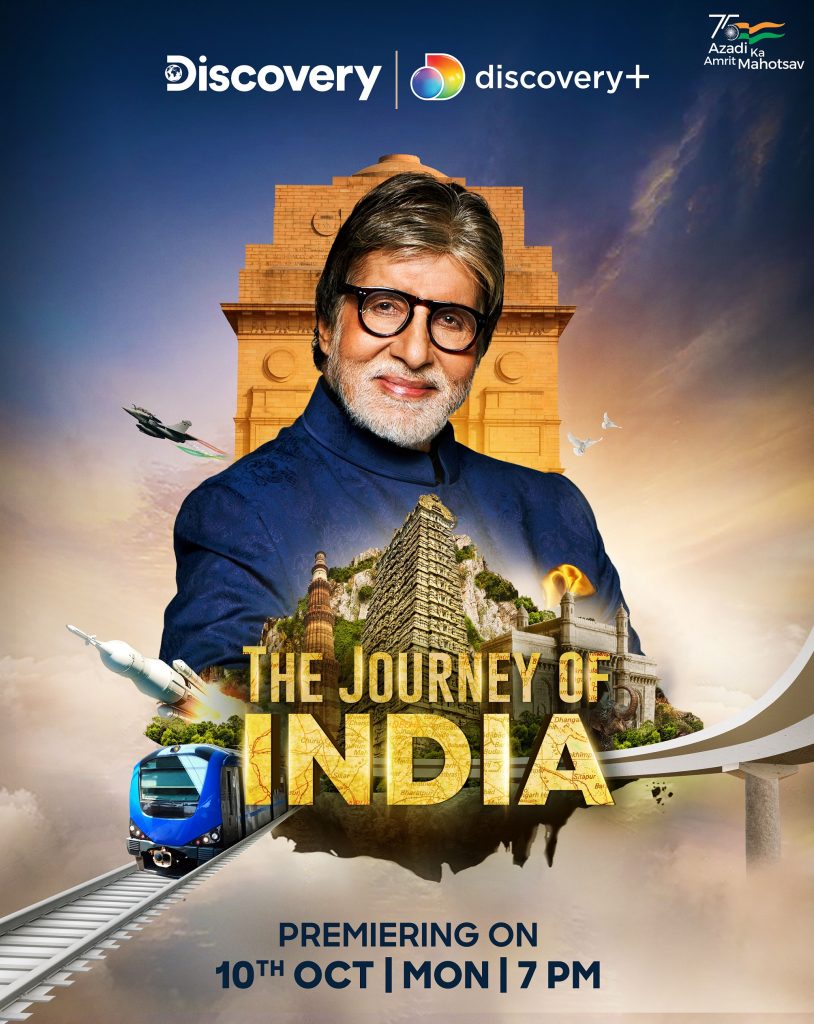 Spanning a wide range of subjects, this one of a kind series provides an in-depth look at the nation’s progress, influences and accomplishments during the past 75 years; from advancements in science and technology and our ambitious and successful space missions to the world of cinema that not only entertains but also inspires. From fascinating stories of faith found across the length and breadth of the country to a diverse food culture that is adored around the world – India in the last 75 years, has slowly but steadily made its presence felt on the global stage. Featuring an extensive collection of historical footage, it also hears from a stellar line-up of respected personalities and subject matter experts.

Arjun Nohwar, General Manager- South Asia, Warner Bros. Discovery said, “As India celebrates 75 years of Independence, this commemorative new series reflects Warner Bros. Discovery’s commitment to bringing to life unique stories that inspire. We are proud to work with the iconic Amitabh Bachchan to take the audience on a vibrant journey of India, capturing the ethos of the nation, its diverse culture and the spirit of its people.”

More details on the series will be announced in coming weeks.

The Journey of India will premiere in India on Discovery Channel, TLC, Discovery Science, Discovery Turbo and DTamil on October, 10.