By Team Bollyy On Aug 20, 2018
1,107
Share
Amyra Dastur who will be seen in the upcoming family drama, ‘Rajma Chawal’ directed by Leena Yadav, also starring Rishi Kapoor, has finally bought the car of her dreams.
The starlet who is currently shooting for the Sanjay Dutt starrer ‘Prassthanam’ as well as the much awaited psychological thriller ‘Mental Hai Kya’ with Kangana Renaut and Rajkummar Rao, took over a month to choose and finally purchase the car she’s always wanted, a Mercedes GLC. The actress has had quite a year after having bagged some great films including Mental and Prassthanam. 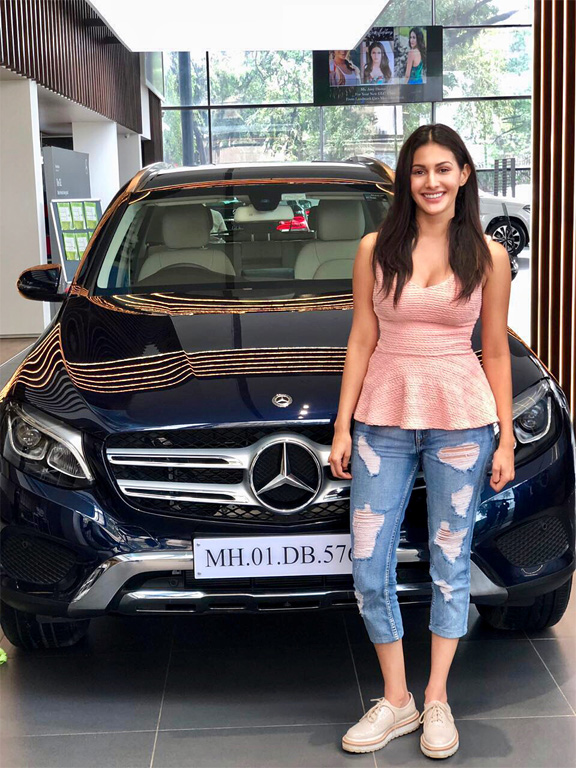 Speaking about her purchase, Amyra said, “I was definitely eyeing an SUV because my family has a farmhouse in the hills in Khandala and my parents have always owned big cars like the Pajero and Qualis so an SUV is something for everyone to feel comfortable in.  I started modelling and working at the age of 16. I just turned 25 and decided to finally a car from my own earnings. I always wanted this car and so did my dad. We could never afford one while growing up and I remember my father always having that one wish of owning and driving a Mercedes. My father was practically in tears telling me how truly proud he was of me. His reaction for me was better than the car. I’m just glad I can finally give back to my family and make them as happy as I made him. This is definitely a milestone for both me and my family and I’m so happy to have my dream car at such a young age, but I’m even more happy because of the fact that my father is proud of me and that I helped him check something of his bucket list.”

The Manmarziyaan concert tour flags off in Mumbai !