By Team Bollyy On Sep 15, 2020
0 24
Share
Ali Peter John
That evening there was any emotional explosion in my compound which is a cluster of apartments mostly housing middle class Muslims and it was perhaps the first kind  of upheaval like this in the other wise very peaceful neighbourhood in which I have been living for the last forty eight years .
I was told that an aspiring starlet from Himachal Pradesh was a paying guest in one of the smaller flats and that an actor came to see her regularly and created a ruckus every evening and use to even thrash the young girl . And  my  inquiries I found out that the name of the girl was Kangana Ranaut  and the actor was the ever so controversial Aditya Pancholi who I happened to know since the time he  was Nirmal Kumar Pancholi , lived in a little cottage , studied at the near by St.Joseph’s High School in Juhu and was known as some kind of a hoodlum and was lucky to find a role in Bhappi Sonie’s film in which he had introduced four new comers . He made it in films as an actor who excelled in playing young negative characters . The ugly scenes between the actor and the new actress reached a stage when the Society asked the actress to leave and she left living the area in peace . But her story soon spread all over and all the Societies from Versova to Bandra and even beyond took an unanimous decision not to allow young actresses to live in rented apartments as paying guest and that rule continues to this day .

The actor and the actress broke off  and the girl called Kangana went her own way and looked for work and finally landed up as the leading lady of Mahesh Bhatt’s “Gangster”in which she earned recognition for her talent . She was soon the much loved one of the gossip press which she fed with juicy stories and shocking  anecdotes . And she was on her way …..

She was the leading lady of a stunt film called “Revolver Rani”, but she still could show the sparks of a good actress and she got her first big opportunity  to show her talent when she was cast as a failed and frustrated model in Madhur Bhandarkar’s
“Fashion”in which she had Priyanka Chopra for competition and she proved her worth and ended up wining the National Award for the best supporting actress . The award seemed to be like a shot in her arm and she continued her drive to success with outstanding performances in films like the” Tanu Weds Manu”sequal for which she won the National Award again and then  “Queen” , which got her the third National Award and made her some kind of a cult figure not only in India but every where in the world where Hindi films were known . She had now  grown over confident and had started interfering with the scripts and the work of her directors . She started writing her own scenes and dialogue and took over as a director from another director during the making of “Manikarnika”, her last big and significant release .

All was  well for her.It was not only me who had become one of her admirers , but even legends like Amitabh Bachchan who praised her and even sent her two large bouquets after he had seen her in a double role in “Tanu Weds Manu Returns”and Rekha lost no opportunity or platform to praise her to the skies . There were others from different walks of life who also saw the rise of ” a new queen in the sky of Bollywood “.
She was now being very choosy about her films and her roles as a result of which she had only one film on hand and it was “Thalaivi”an ambitious film based on the life and times of Thalaivi J.Jayalalitha , the controversial AIDMK leader and Chief Minister of Tamil Nadu 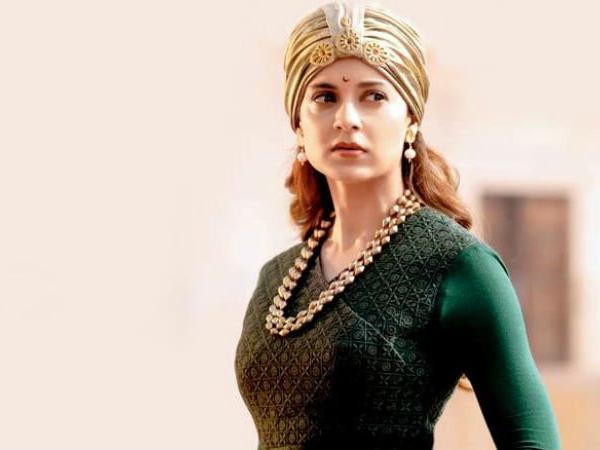 It was time to release the trailer of the film and the response to the very first trailer was negative and there was panic in “Team Kangana”. It is not known wether it has been a coincidence , but every time Kangana has faced a slump in her career , she has struck with some controversy for the other.Some two years ago , she hit back at her hero in one of the “Kriss” brands , Hrithik Roshan and tried her worst to malign and literally maul him and his father , Rakesh Roshan . It was also the first time that she  raised her voice against nepotism and slammed all the Khans , Karan Johar, Aditya Chopra , Mahesh Bhatt and some others . Her  battle cry grew shriller just one day after the death of Sushant Singh Rajput . There was not a day when she did not make headlines with her theories about the c SSR death .

The queen of drama has been at her best or worst during the last two months . It  according to experts started when she claimed that her house in Manali was attacked by some miscreants and the ruling dispensation gave her and her family in Manali the kind of security others could not even have begged for and received …..
It was a new and burning chapter when  the Shiv Sena , The Maharashtra Govt., The BMC and the Mumbai Police decided to “Punish” her for her wild statements about Mumbai being like PoK and her feeling insecure and unsafe in the city of her dreams once.She was in her home town from where she challenged the authorities in Mumbai and spoke like a warrior gone berserk when she said, “main Mumbai aa rahi hoon , kisi ko kuch ukhaadne ka hai toh ukhaadle “.
It was the kind of language only the lower level of goondas and bhais of the” gullies ” and lanes of Mumbai use .She had already asked for security as she said she had no faith in the Mumbai Police and her “Mentor”, Amit Shah acted quickly and granted Y security . She arrived in Mumbai only to see her office partly or almost demolished by the BMC . She was now like a wounded cat and shouted out the kind of challenges to Udhav Thackeray , Sanjay Raut and Anil Deshmukh , all leaders in  high  posts and again the language she used was certainly not proper for any citizen to use for a Chief Minister and a Home Minister . She made other incriminating statements like “mera ghar Ram Mandir hai “and as she kept making one wild statement after another , it was getting increasingly clear that she was playing into the hands of some powerful forces in the country and it is now being seen very clearly that she is toeing the lines of the BJP and highly placed political circles are sure that she will be used as a weapon by the BJP in the coming Bihar elections.There is also talk about her being nominated to the Rajya Sabha for her services already rendered for the services she would be asked to render for all the support she has been receiving.

During one of her early diatribes against Udhav Thackeray , she said ,, “main desh ke samane vachan deti hoon ki main na sirf Ayodhya per balki Kashmir per bhi filmen banaaoongi  “.  Ms Ranaut has the right to have her ambitions and dreams , but  what about the situation she has created for herself in the film industry ? She has alienated the entire industry by cursing it and castigating it for what she calls its misdeeds and malpractices .
Just a week ago ,Mr.P.C.Sreeram, one of the leading cinematographers backed out of a film he was to do with Kangana and the reasons were his backing out clearly showed signs of some kind of fear . The complete dark shadow of silence spread all over the industry ever since Kangana landed in Mumbai with her eleven commanders smacks of a kind of fear that this one-time great industry has never experienced before . And all this all because of one woman and her mind going astray and in all kinds of wild directions.

Has the film industry lost one of its could be bright actor and would -be filmmaker to the dirty and growing dirtier world of murky politics ?
0 24
Share

Shemaroome To Bring Its Rich Content Library To Jiofiber Subscribers