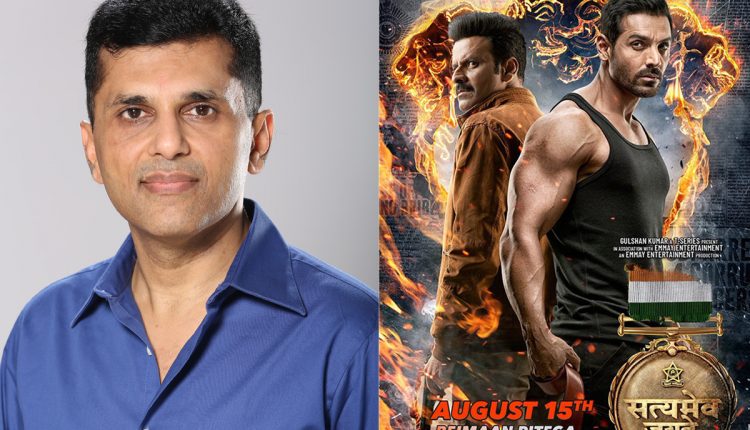 Producer Anand Pandit who is known to back good content cinema has now acquired the All India theatrical rights for the highly anticipated John Abraham starrer ‘Satyameva Jayate’ that releases this Independence Day. This is Anand Pandit’s second joint venture with Panorama Studios after the highly successful Pyar Ka Panchnama 2.

Producer Anand Pandit who has distributed films like ‘Pyaar Ka Punchnama 2’ had produced many films like Great Grand Masti’ ‘Sarkar 3’, ‘Missing’ and ‘Days of Tafree’, has acquired the domestic theatrical rights of ‘Satyameva Jayate’ under his banner Anand Pandit Motion Pictures from producer Bhushan kumar of Tseries.

Says Anand Pandit, “I really loved the content of the film and I’m sure the audiences will love the power packed performances of two of my most favourite actors – John Abraham and Manoj Bajpayee. It is great to team up with Kumar Mangat and Bhushan Kumar again.”

Fans unite to make an attempt at bringing Naira together