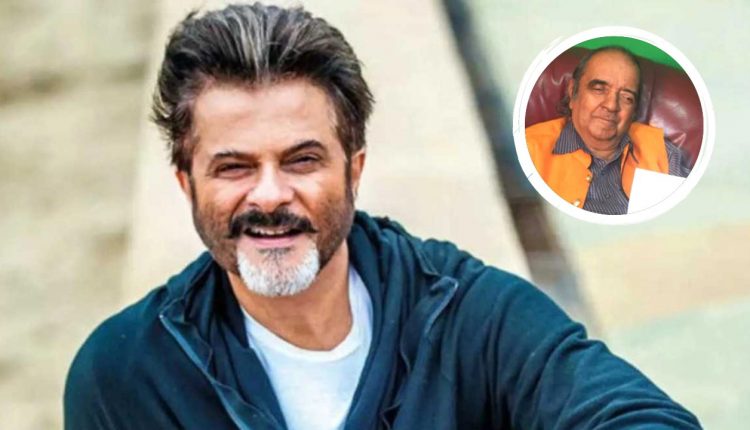 He was like any other boy from a middle-class family in the then Bombay in the faraway suburb of Chembur and studied in a convent school, but had a very strong leaning towards Hindi films as his father Surinder Kapoor was a secretary of both Shammi Kapoor and his wife Geeta Bali and who later produced film with Dara Singh and Rishi Kapoor and gave Mithoon Chakraborty a bit role in a film called “Phool Khile Hai Gulshan Gulshan” –Ali Peter John 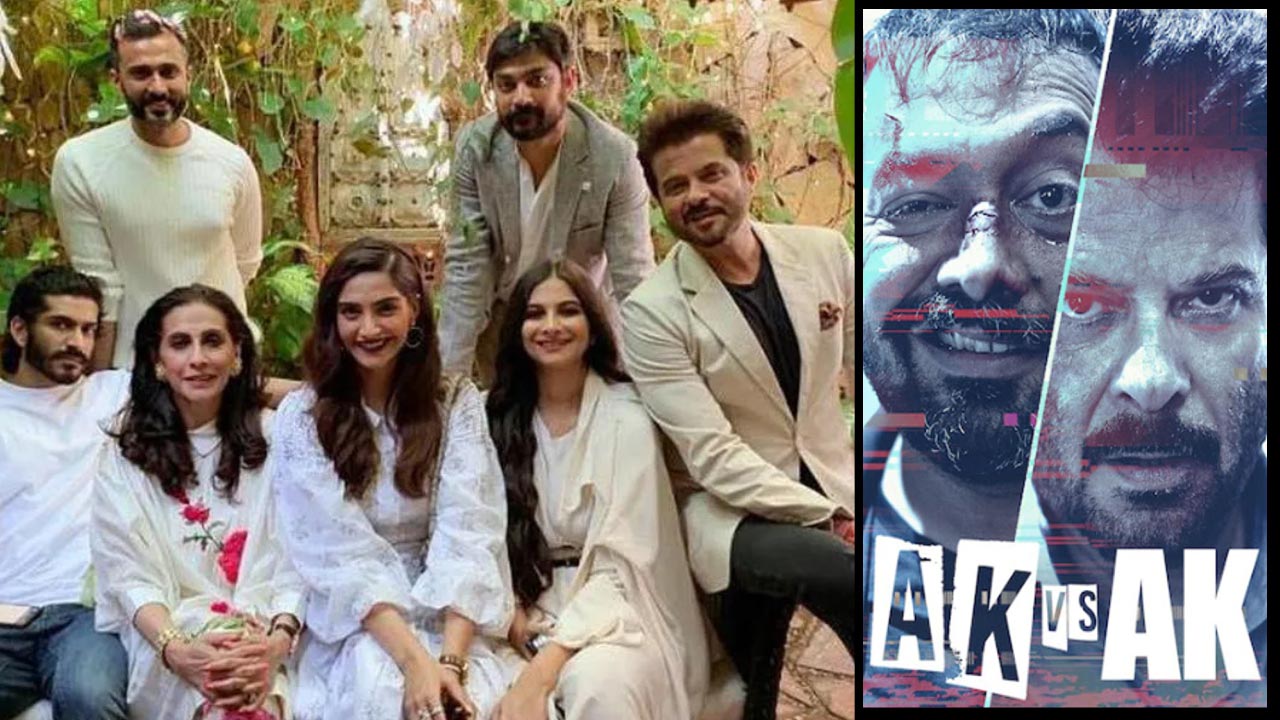 Anil was strongly influenced by Raj Kapoor in whose RK Studios he spent most of his time watching Raj Kapoor and other stars and filmmakers shoot, he had made up his mind that he too would be a star and an entertainer one day. 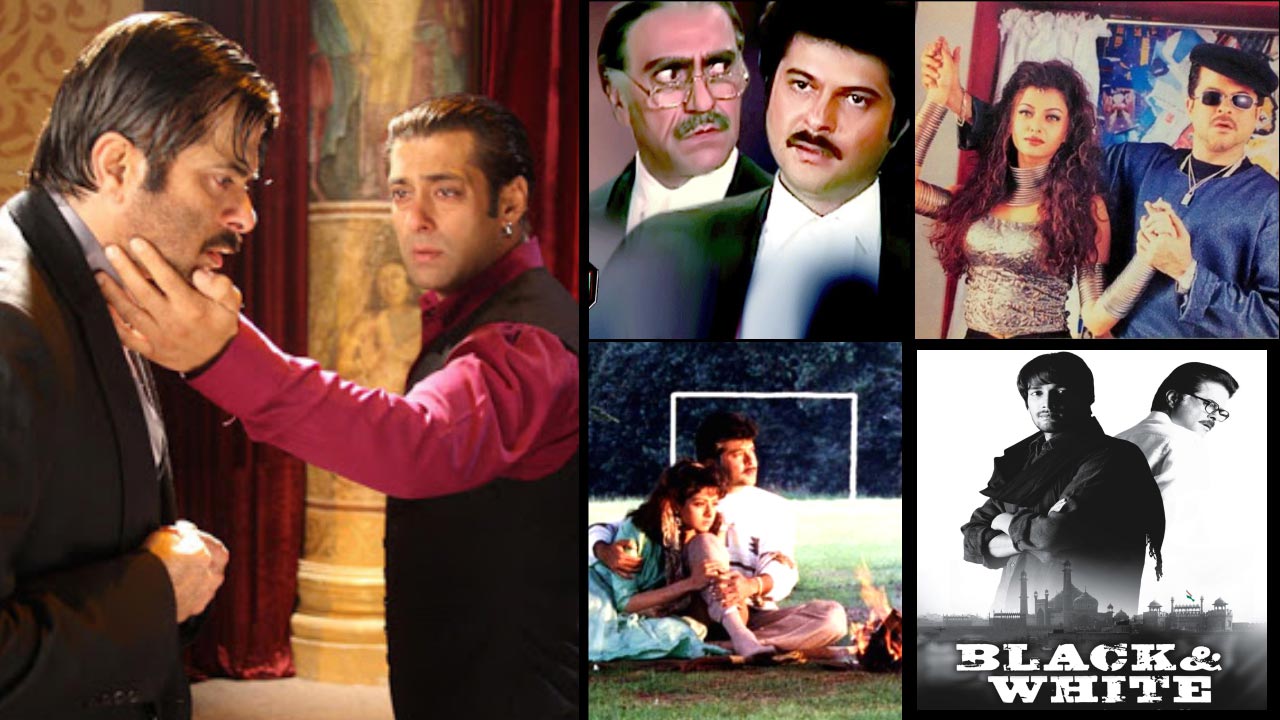 His elder brother, Boney Kapoor had started working as an assistant directors with big filmmakers like Shakti Samanta and when Boney saw that his father’s banner was not doing well, he took courage in his hands and launched Narsimha Enterprises and started an unusual film called “Hum Paanch” with some of the best actors of the time and with Bapu, a renowned director from the South at the helm of affairs. 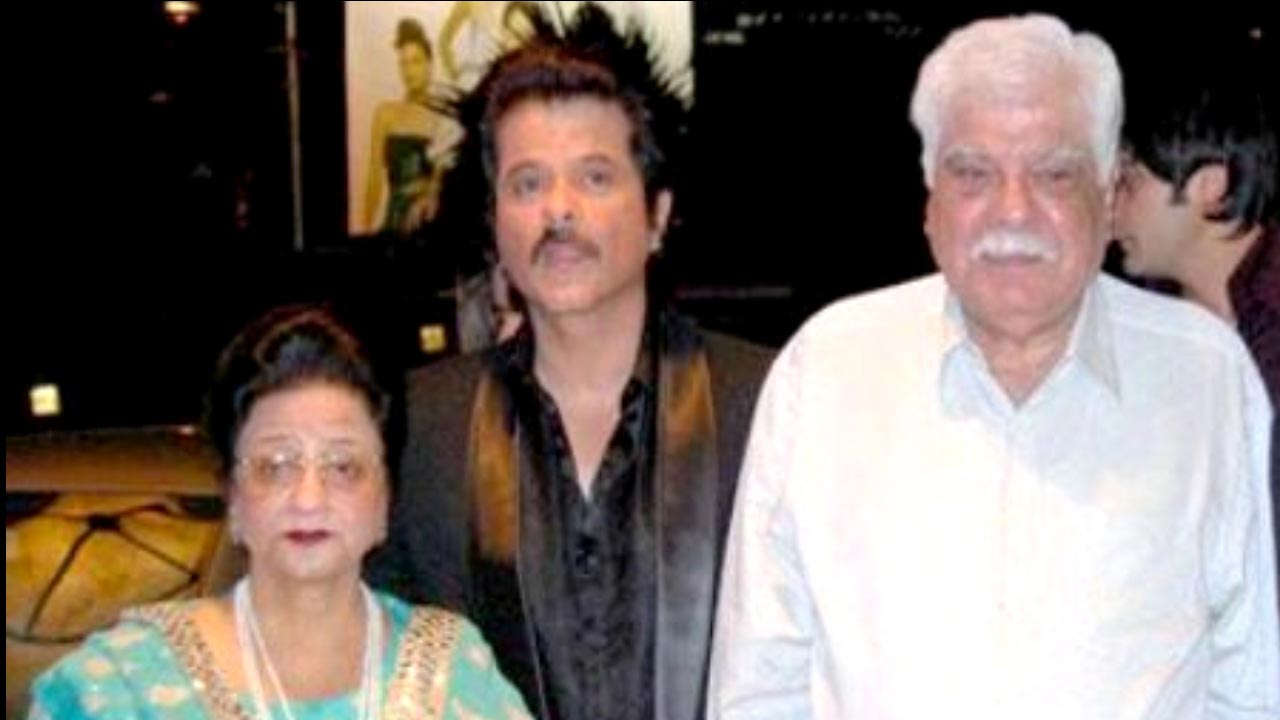 The young and ambitious Anil joined Boney in his adventure to make “Hum Paanch”. Boney decided to build a sprawling set of an entire village in a village called Melkote in Manpya district several kilometres away from Bangalore, the set included air-conditioned rooms for all the stars and STD facilities to keep them connected with their families as there were no mobiles, no internet and no social media those days, Boney’s set became the talk of the industry. 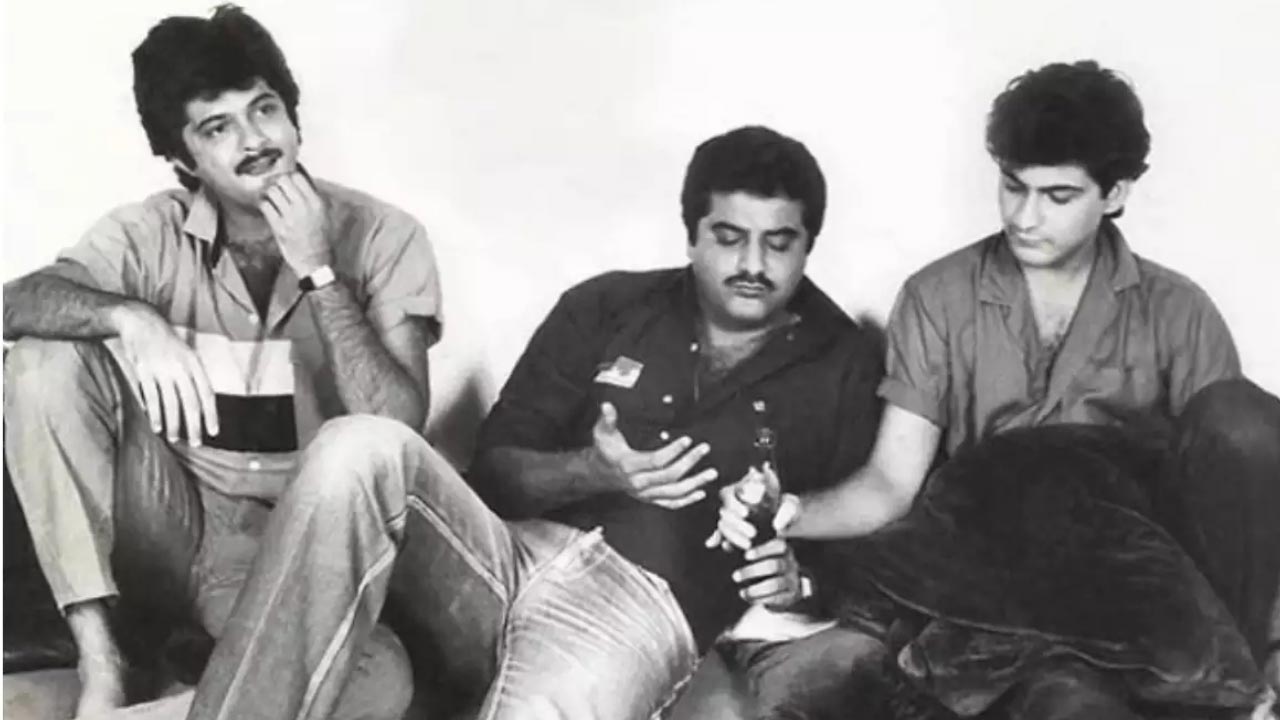 And the one man all the stars, technicians and even the spot boys talked about was the handsome brother of Boney Kapoor, Anil Kapoor, who did not shy away from bringing any kind of work if it helped the film and if he could help his brother in fulfilling his ambition.

And if there was one man who was keeping a very close eye on Anil, it was the director, Bapu, who saw in him a future star and finally told Boney about what he thought about Anil and Boney gave him the go ahead sign and Bapu signed Anil as the hero of a Kannada film. 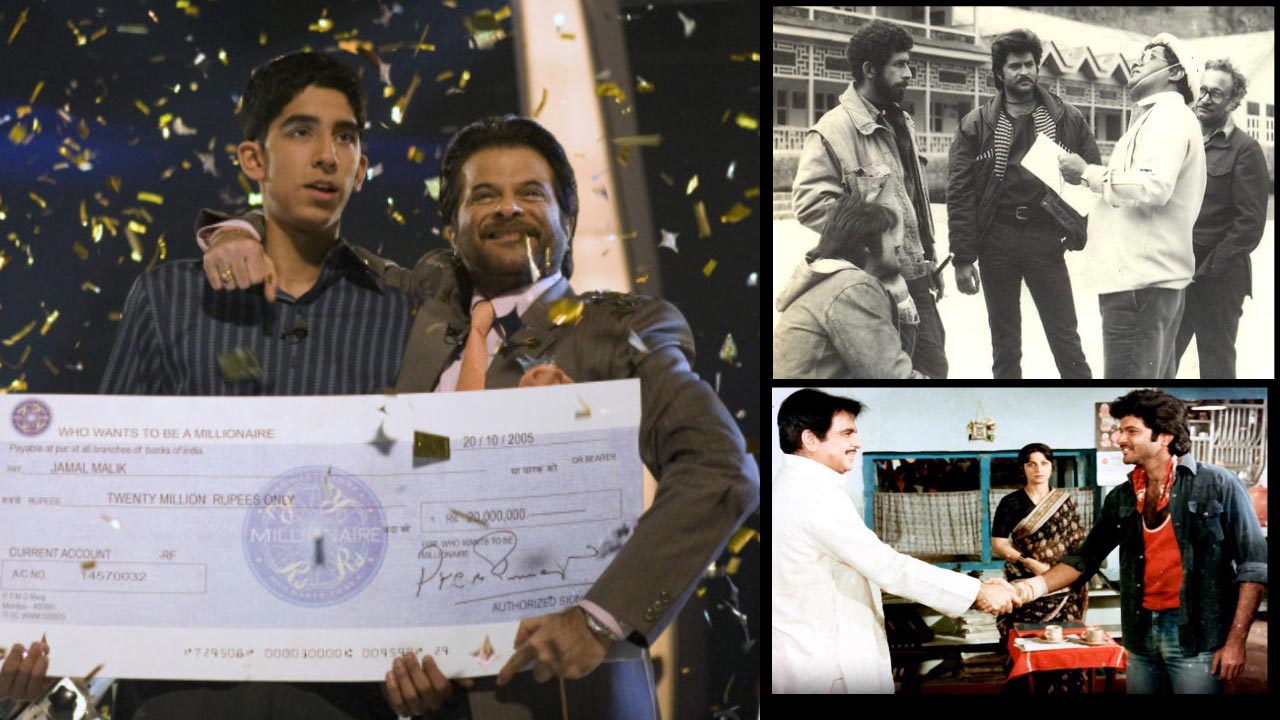 After the Kannada film, the same Bapu showed how much faith he had in Anil when he directed him in “Woh Saat Din” and Anil showed what a fine actor he could be even if the face of competition from actors like Naseeruddin Shah, Padmini Kolhapure and Neelu Phule…

That was the beginning of one of the most successful stories of an actor who has never taken things lying down and who has never left any step, stone or rock unclimbed to reach the goals he wants to and be the happiest man and actor when he’s told and reminded that he has still a very long way to t reach anywhere near his goal.

Today Anil Kapoor is not only a star known in India, he made sure that he was a star and an actor known all over the world with Danny Boyles “Slumdog Millionaire” and his TV serial “24″ which he himself produced in India. 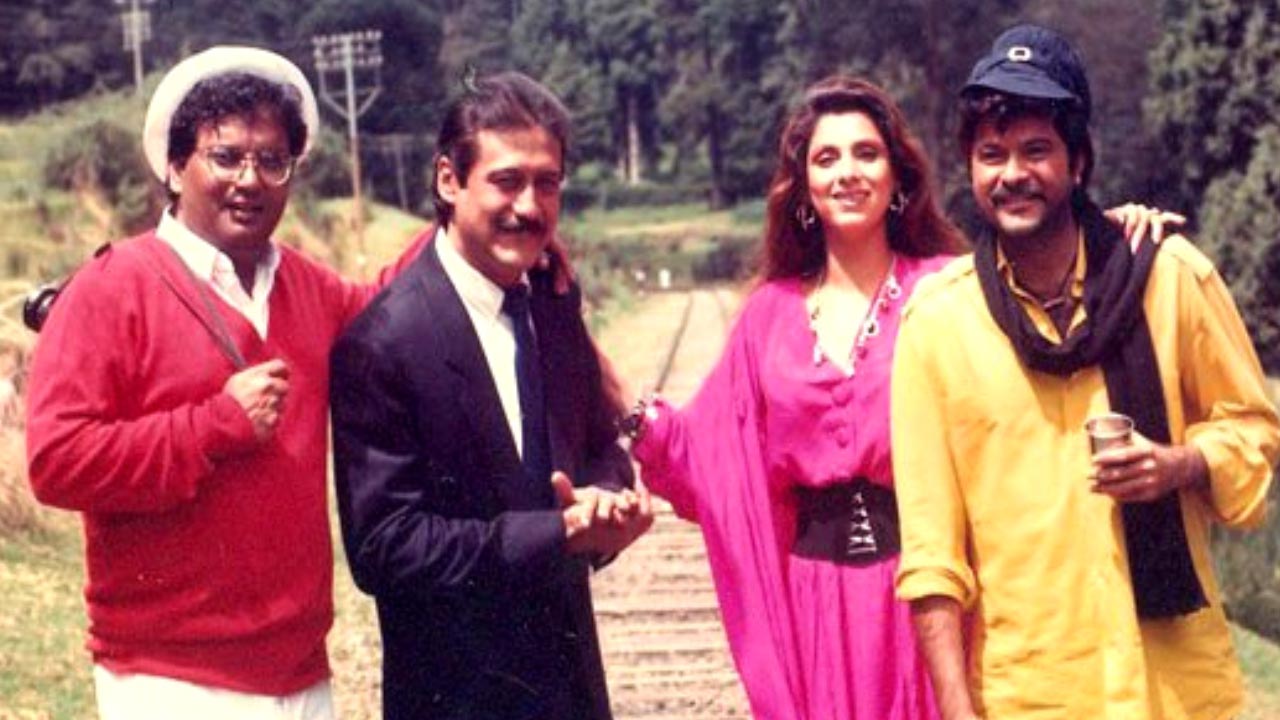 Anil once said that he goes absolutely mad when he is challenged by a role and I think it is this absolute madness that has kept him absolutely rocksteady even at sixty-four with not even a hair on his head touched and his body still ramrod erect, striding and facing the world like a general.

And there has to be a method in the madness of this general, he has never been known for any of the crazy controversies other stars are involved in, he is never known to have affairs with other women, except for the one affair of his life with his wife Sunita, with whom they have their three children, Sonam, Riya and Harshvardhan.

Anil Kapoor productions is one of the most respected banners, a status that gained in less than a decade, a status deserves because of the madness and the passion of the man behind it.
Happy birthday, madman, who I will always remember as a boy who served me with endless glasses of tipping hot glasses of tea in Melkote. 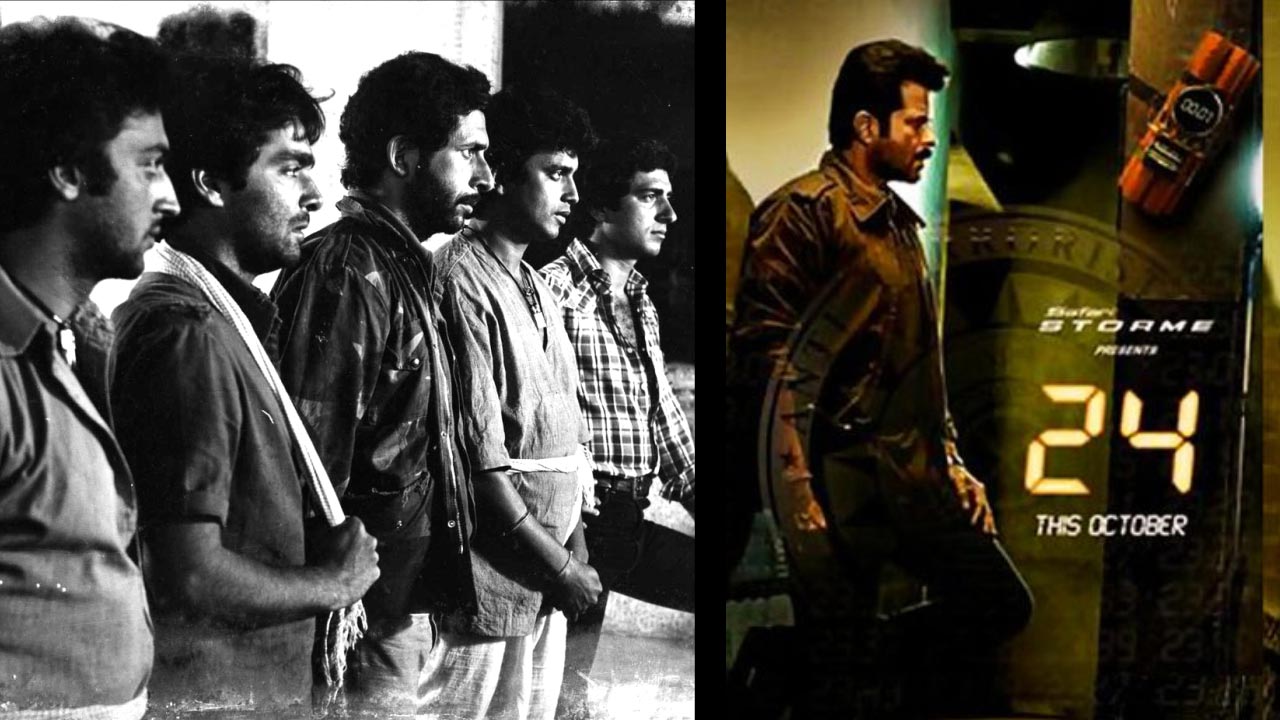 There are different ways of going mad; there is the most common way in which the mind stops working in the right direction and drives a man mad and makes people make fun of him and little children throw stones at him.

Then there is what is known as the madness which comes out of one’s love for God and submitting and surrendering oneself to God and having nothing to do with the materialistic ways of the world. 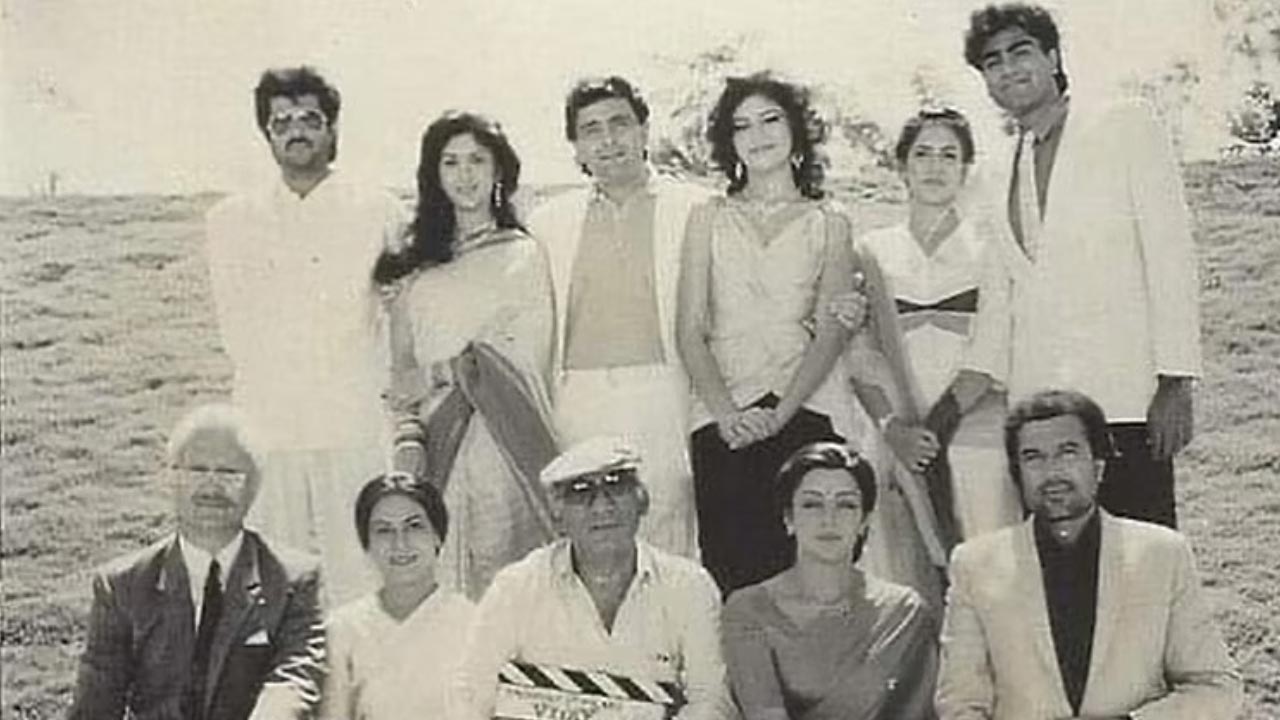 And there is the madness of some of the most original creative artists, poets, painters and philosophers, these mad men forget what they are and build a world of their own where they live according to rules created by themselves, men like Van Gogh who cut off his ear while he was painting a master piece and a man like Ernest Hemingway who went mad and drank himself to death while writing some of his greatest works…
It is a blend of all these kinds of “madnesses” with which Anil Kapoor was born, the kind of madness which kept growing and has reached a point of no return now, the madness to be known as one of the best actors in the world… 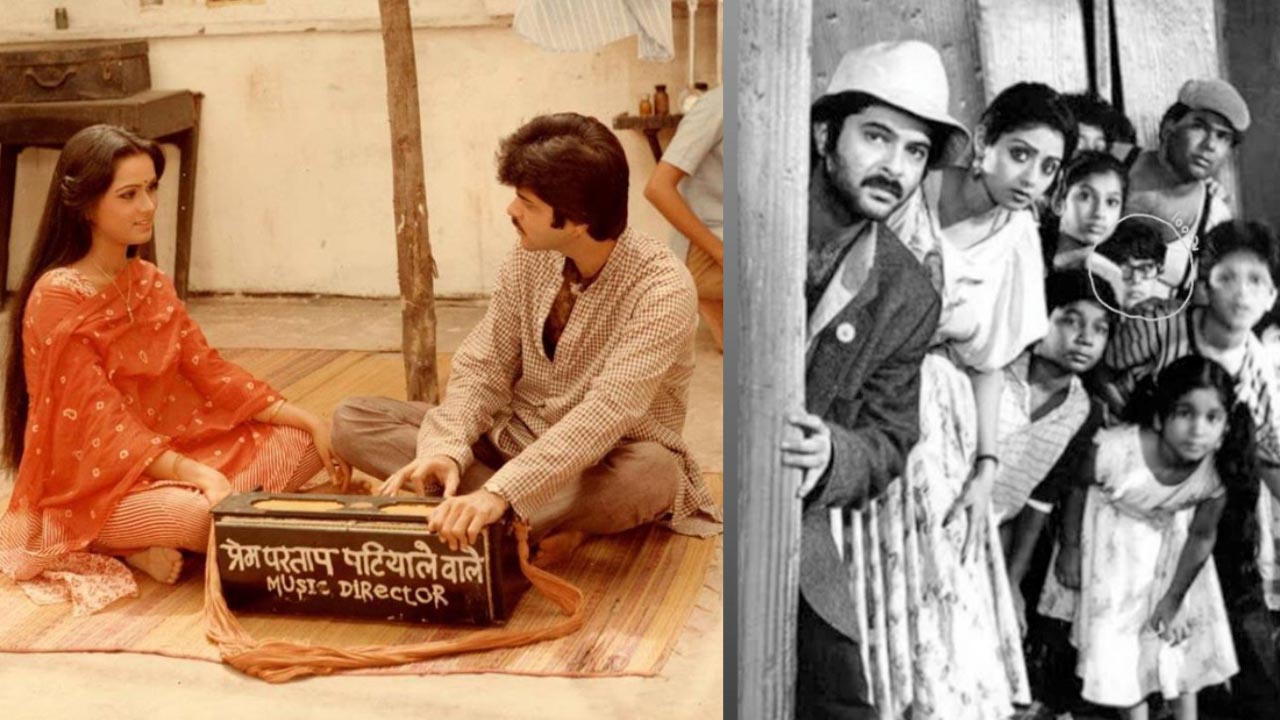 There is a story Subhash Ghai tells me about the madness in Anil. Subhash was invited as the judge to have a look at some of the acting students trained by Professor Roshan Taneja (who also trained Subhash Ghai as an actor once).It was Anil Kapoor’s turn and what he did after he came on stage was something that left people in the audience and his friends, teachers and others baffled. He swung into action, changed the entire setting, shifted all the lights and only kept shouting, “I am a great actor, I am a good actor, and I will always be a great actor”…

Many felt the young man had gone berserk because he always took himself very seriously as an actor even in his every day classes. They even said if there was one boy who would never make it as an actor, it was this boy, Anil Kapoor…
But, the only man who saw some strange method in his madness was Subhash Ghai. He could not forget this boy and when Anil came out as a student and started his struggle with some small films it was Subhash Ghai who thought about him and first cast him in “Meri Jung” and found how good Anil was and that was the beginning of a great combination between Anil and Subhash who have made films like “Ram Lakhan” “Karma”, “Taal”, “Black & White”, and “Yuvvraj”, all of them major films and with Anil at his best as an actor… 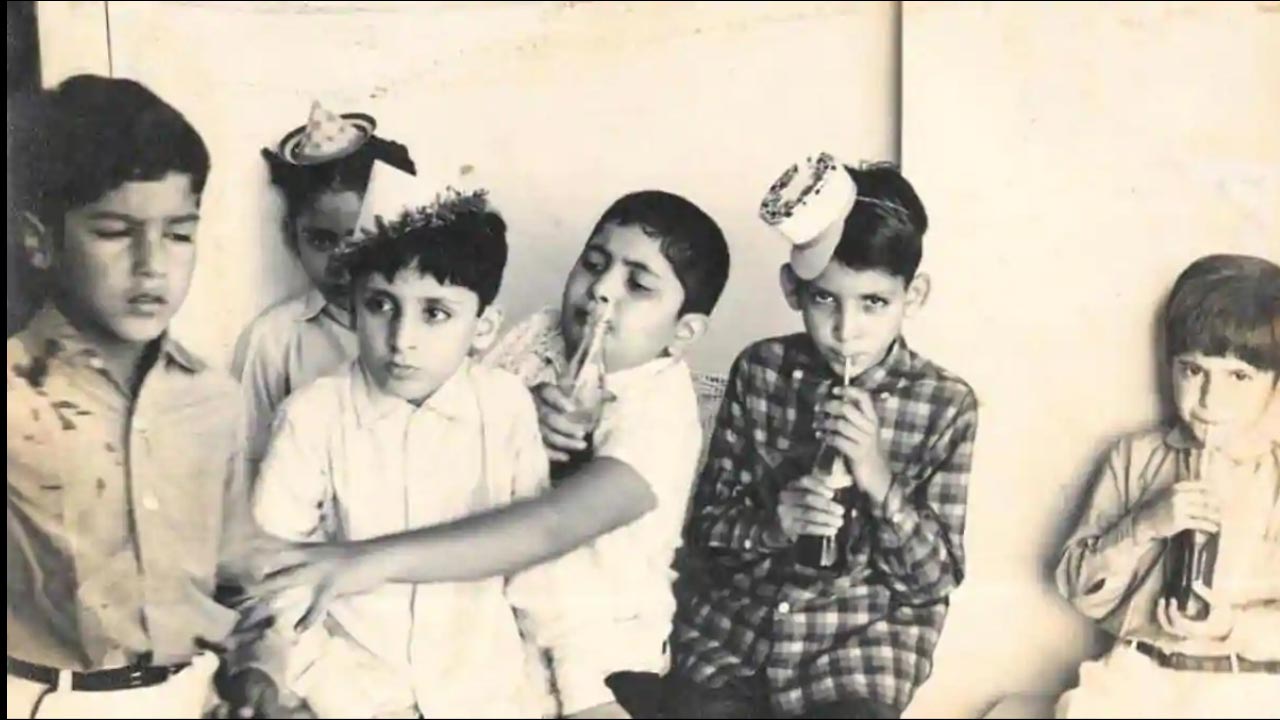 The madness of Anil the actor caught the attention of another great director, Yash Chopra. He was getting used to making films with Amitabh Bachchan and needed a break. He planned a film called “Mashaal” and had so much faith in Anil that he pitted him against the living legend, Dilip Kumar in “Mashaal”. Anil lived up to his director’s expectations and the legend saw in Anil the makings of a great actor which was just the kind of recognition Anil needed at that time, Yash then challenged both himself and Anil when they made “Lamhe” and whoever has seen the film then and are still seeing it on different channels can see what a great performance Anil has come up with in “Lamhe” which Yash considered to be the best film he had made..

Then there was Shekhar Kapur who agreed to make “Mr. India” only if he could get an actor like Anil Kapoor and the producer, Boney Kapoor gave him Anil and Sridevi and Shekhar could make “Mr. India”, a film which will always be a milestone in the career of “the mad actor”, better known as Anil Kapoor…

It was this same madness that Danny Boyle saw in Anil when he was looking for an Indian star to play a stellar role in “Slumdog Millionaire” and led another American director to cast him in a serial called “24”, a serial Anil was so carried away with that he is now producing the Hindi version of it with him in a major role and making his debut on the small screen…

Anil continues to be “the mad actor” looking for roles that can drive him “more and mad” and he is not accepting roles that don’t give him a chance to go mad while working on the roles offered to him. He is now in his early fifties and there is a long journey ahead and he knows he has to finally reach his destination which he knows he will not because mad actors like him don’t think of aims, ambitions, targets and destinations…

It is this almost unbelievable madness that has led him to reach all kinds of places. He is Anil Kapoor, one of the most talented actors we have, he has now made a name in Hollywood, he tried producing films and made a very meaningful film called “Gandhi, my father” and he is now all geared up to see how his first TV serial as a producer and lead actor fares and is accepted by the people who have a special place for him in their hearts. Who can stop a “mad actor” who has more sense and sensibility than some of the so called sensible and talented people who are seen in every office and corner of the industry, from Adarsh Nagar to Yari Road, to Juhu and right up to Pali Hill?