The Kapoor family has made headlines for many reasons be it the huge success of Sonam Kapoor and Rhea Kapoor’s Veere Di Wedding or the latest release of  Anil Kapoor‘s action thriller Race 3 or even Sanjay Kapoor‘s statement about her daughter Shanaya Kapoor’s Bollywood debut. Now, uncle Anil Kapoor‘s compliment for his niece caught everyone’s attention.

During their holidaying in California, Sanjay Kapoor‘s wife Maheep shared a candid photograph of Shanaya and Jahaan on her social media account after that uncle Anil Kapoor gives her the best compliment ever, by saying,  “India’s answer to Catherine Zeta-Jones“. 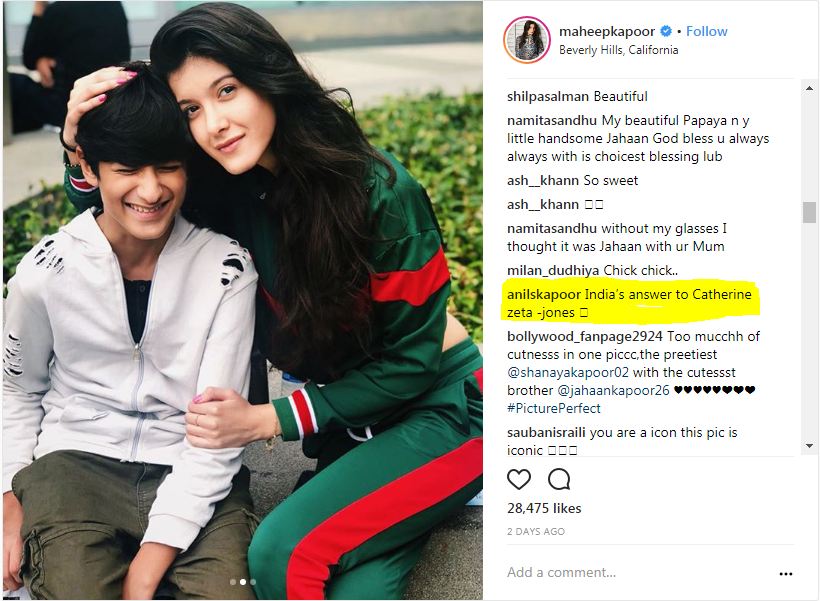 What do you think about Anil Kapoor’s compliment? Check out the below pictures and share your thoughts in the comment section below.

Baby Taimur proves that acting runs in his blood; Imitates Daddy and Mommy during Yoga Sessions