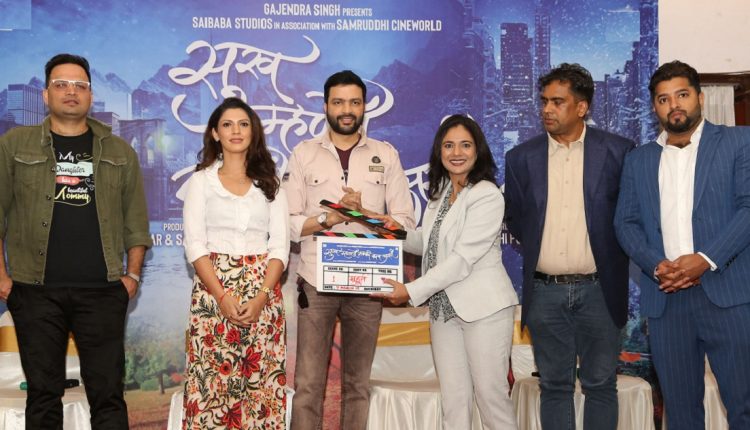 Each one of us has an interpretation or a definition of happiness. We spend every moment to get happiness and in our own way search for a path to stay happy.  Samruddhi Porey has always tried to show different facets of living one’s life. Inspired by a true life incident, her latest movie ‘Sukh Mhanje Nakki Kaay Asta’answers the question what is happiness. Recently the mahurat of this Marathi film was performed with great fanfare. ‘Sukh Mhanje Nakki Kaay Asta’ is being produced in collaboration with ‘Saibaba Studio’ and ‘Samruddhi  Cineworld’. The movie which will be shot in Los Angeles will be the first Marathi Hollywood film.Producer Shivkumar and Samruddhi Porey have come together to make the film, which will be presented by  director Gajendra Singh, who has produced excellent serials for the small screen. Dashing hero of Marathi films, Ankush Chaudhary plays the main character in the film. Zeenal Kamdar, who has done a number of glamorous ads, makes her debut as the heroine in this film. . Zeenal Kamdar expressed her happiness for getting the opportunity to work with renowned artistes in her debut film.

Director Samruddhi Porey expressed her happiness in experimenting with a new story and the satisfaction of working with a renowned production house. She said that the movie underlining the theme ‘Satisfaction in happiness or happiness in satisfaction’ will definitely make the movie-goers immensely happy. Gajendra Singh said that the truth in the story by director Samruddhi Porey impressed him a lot. After having entertained the television audience with his music oriented programs, Gajendra Singh said that he was very happy to be associated with the movie world through this film. Producer Shivkumar expressed his satisfaction in presenting a beautiful story to the Marathi audience. The Los Angeles based firm ‘Five Dimensions Entertainment’ will be the line producers for this film. ‘It is bliss to bring laughter on somebody’s face’ said Ankush Chaudhary. The shooting of ‘Sukh Mhanje Nakki Kaay Asta’ will commence by the end of May in Los Angeles. 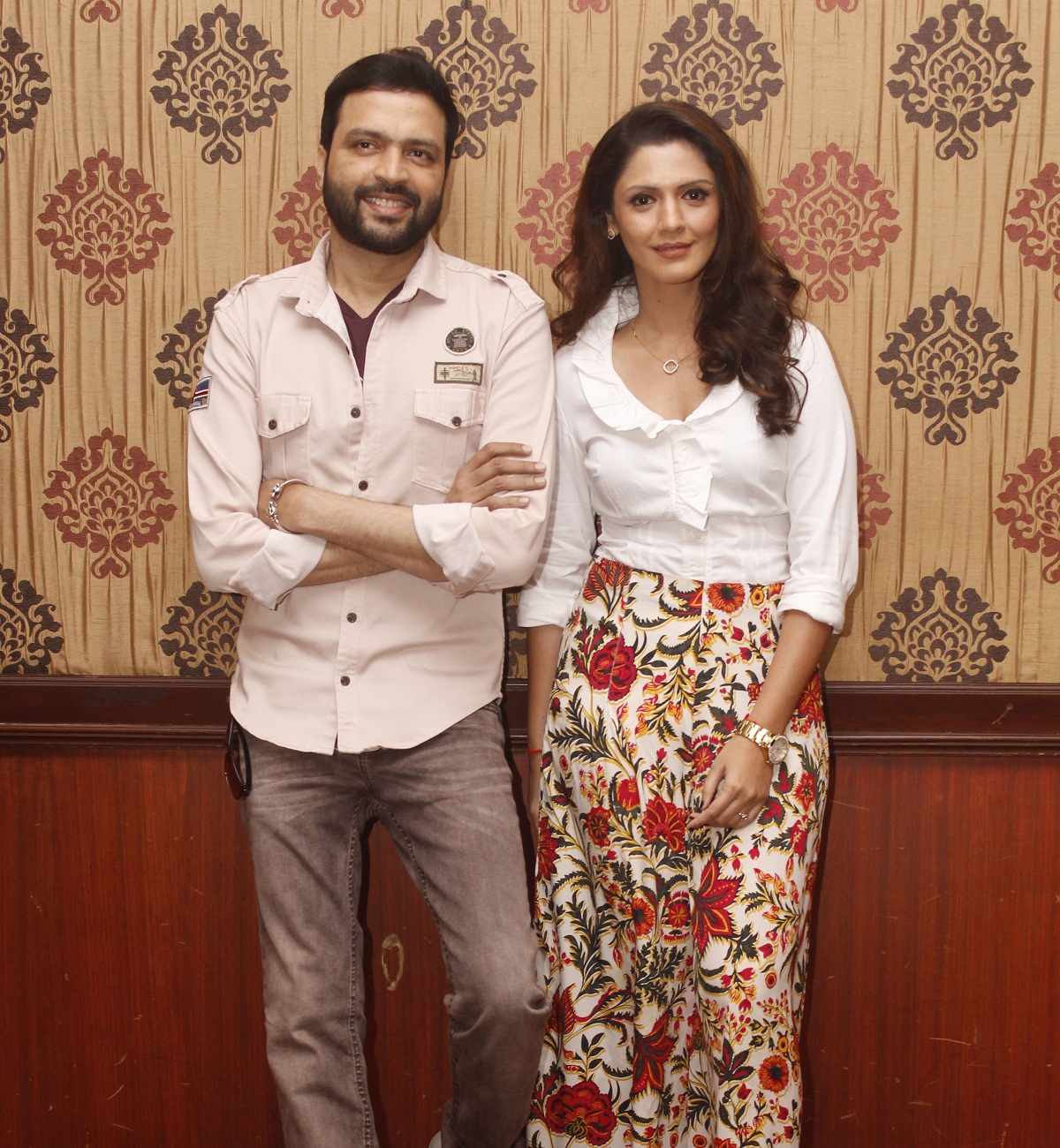