ANUPAM KHER: A LOOK AT THE LEGENDARY ACTOR’S REMARKABLE JOURNEY

Being 90s kid, my first memory of Anupam Kher is of the uber-cool doting father he played in Dil Wale Dulhaniya Le Jayenge. But having heard endless rants from my parents (yes, they’re Bollywood buffs too) about his performance in Saraansh (1984), I decided to watch the “ancient” film just to understand their perspective. And boy was I bowled over. That was a performance that made me realise what acting means.

Anupam Kher recently signed his 500th film and looking back at his journey, I figured how far Indian cinema has come in terms of films and the characters in them and how big a part of it he was. In one of his interviews to a leading daily, Anupam Kher, talked about his endless struggle and also confessed that he’d almost made up his mind to go back to Shimla, his hometown until he received a letter from his grandfather and it was that one line in the letter that changed his life and later, also changed mine. His grandfather signed off the letter with a Hindu saying that meant, “A drenched man no longer fears a rain shower”. Ever since there has been no looking back for Anupam Kher and we are grateful to his grandfather for having said what he said.

He’s won national awards, shared screen space with Robert De’ Niro and also been ranked amongst the top five actors (the only Indian to have been named btw) in Asia by the Hollywood Reporter in 2012. His 500th film, The Big Sick, which has already been declared a success internationally, is slated to release in India this year. So to celebrate the presence of an actor par excellence, let’s go back in time and recall the films that led to his rise from a nobody in tinsel town to the legendary actor that he is today.

At the age of 29, he played the role of a 60-year-old and how! A father lamenting the death of his only son played by Dilip Kumar. Ask any man who’s watched Saaransh and the only memory he’ll have of this film is Anupam Kher—a performance you have to see in order to believe. The producers weren’t willing to sign him for this film but Mahesh Bhatt insisted that he wanted a newcomer for his role who’d easily pave the way into the audience’s heart. That’s how he bagged the role and then Anupam Kher went to work again with the same producers who weren’t willing to give him the break in Hum Aapke Hain Kaun. 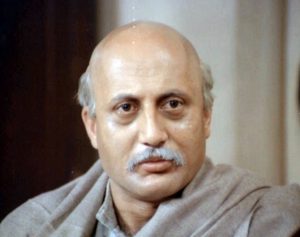 His role as Dr. Dang goes down as one of the best portrayals of a villainous character alongside the legendary Gabbar played by Amjad Khan. So versatility was never an issue fro Anupam Kher. Give him a role and he will own it. The iconic dialogue “Iss Thappad ki goonj suni tumne? Ab iss goonj ki goonj tumhe zinadgi bhar sunai degi!” resonates with every person who’s watched the movie. 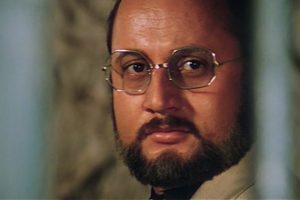 “A pochi o choca o lola”, a dialogue which makes no sense at all from a film that shall always be considered the most epic love story is what you remember when you think of Kher’s performance. Undoubtedly, DDLJ was all about Kajol and Shahrukh Khan yet Anupam Kher carved out a memorable character and a niche of his own by playing Raj’s dad. The father-son duo made the audience laugh and at the same time enviable because he was a father every teenager wished to have. He proved yet again that the magnitude of a role is defined by your performance and not on the amount of screen time you have in a movie. 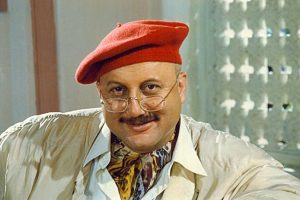 For a first time director, Dibakar Banerjee, and writer, Jaideep Sahni, to make a successful film that is NOT the quintessential Bollywood masala flick was a huge task but they emerged victorious. Why? Because of the strong cast, of which Anupam Kher was perhaps the most important. As the protagonist, he was everything that the role required. I remember not understanding Khosla Ka Ghosla the first time I saw it as a teen, but even then Kher managed to make me laugh, almost all the way through, with his portrayal of a confused, afraid middle-class retired gentleman looking to buy his own house. 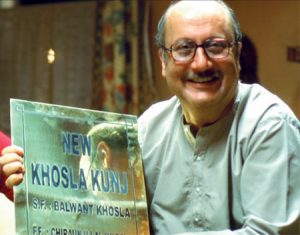 A Wednesday was a remarkable film because it had the best actors of the generation, Anupam Kher and Naseeruddin Shah, in leading roles, along with strong direction and meticulous screenplay. Having Kher and Shah share screen space was a dream come true for cinephiles and Anupam Kher’s portrayal of a Prakash Rathod, a retired police commissioner, was just on point. 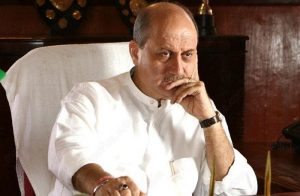 Even though we’ve come to the end of this list, five films can never cover the entire span of iconic performance by an actor who has performed in 500. We have just made a little effort here to remind you of what a gem Anupam Kher is (not considering his controversial tweets on politics) and that having him as a part of Bollywood is nothing less than a blessing. We can’t wait for yet another stellar performance by Anupam Kher in his upcoming Bollywood film The Accidental Prime Minister.

JAY-Z IS BACK AND HOW!