The recipient of Padma Shri and Padma Bhushan and Chairman of FTII who has recently wrapped up shooting for his highly anticipated political drama, The Accidental Prime Minister, was quite humbled to be part of the high-profile event scheduled at Chembur (Mumbai) today (19th July) and interacted with the respected jawans and congratulating them on CISF completing golden jubilee.

The international star narrated an inspiring story about his life and 35 years of his acting journey. He also spoke extensively about his father and his share of struggle to become successful. He said, “I’ve been part of more than 500 films but that was past. Now, I only think about the future and what more can I do to better my craft and entertain audience or how can I contribute to the society.” 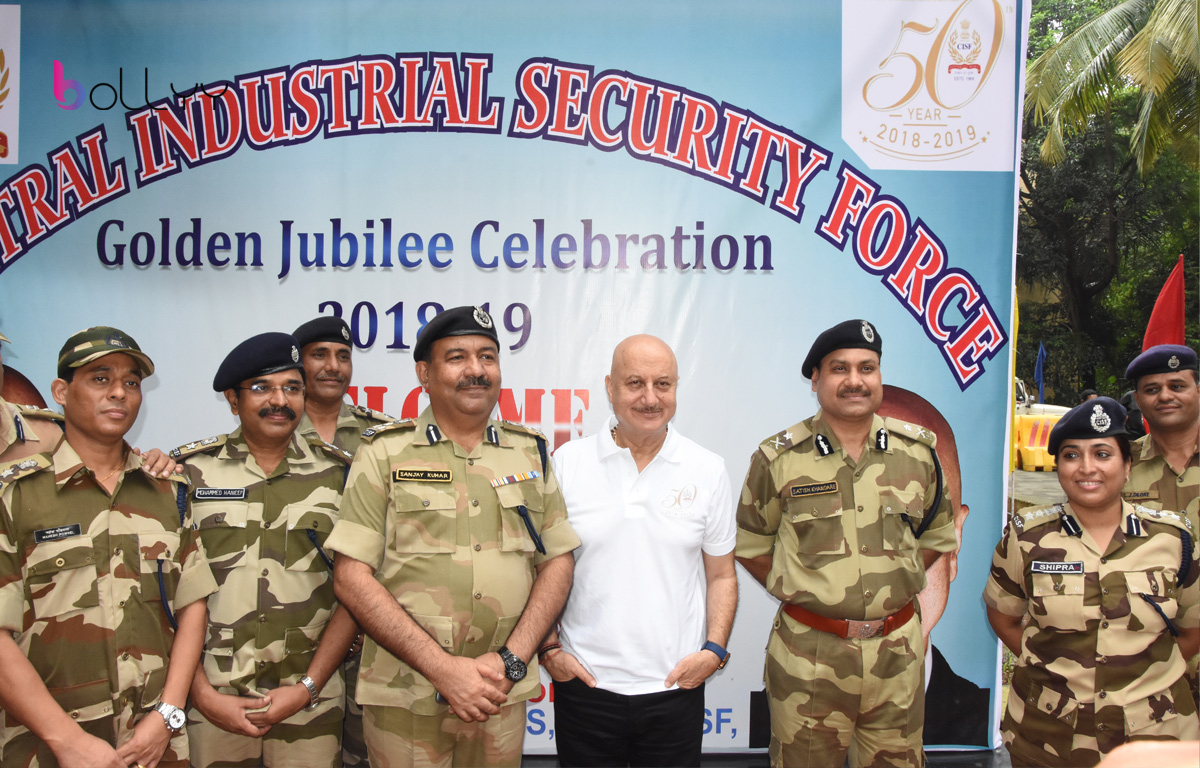 “It’s always a huge honour to be part of an event dedicated to our respected and most admired jawans who sacrifice their lives and serve their motherland and the civilians. Having interesting and engaging conversations with them about life, struggles, safety, stress management, self-realisation, positive thinking, right attitude, ethics and integrity always makes me high,” the versatile actor adds.

Currently one of India’s most successful crossover actors, Anupam Kher has the distinction of having bagged two nominations at the Screen Actors Guild Awards for Silver Linings Playbook (2013) & The Big Sick (2018) and a BAFTA nomination for The Boy With A Topknot. In addition to his popular shows, Sense8 and The Indian Detective, the thespian has just wrapped NBC’s medical drama and now been signed on to BBC’s highly anticipated drama, Mrs Wilson.

T-Series and Colour Yellow’s An Action Hero jumps into…

PRIYANKA & NICK JONAS GET A BABY DAUGHTER VIA…