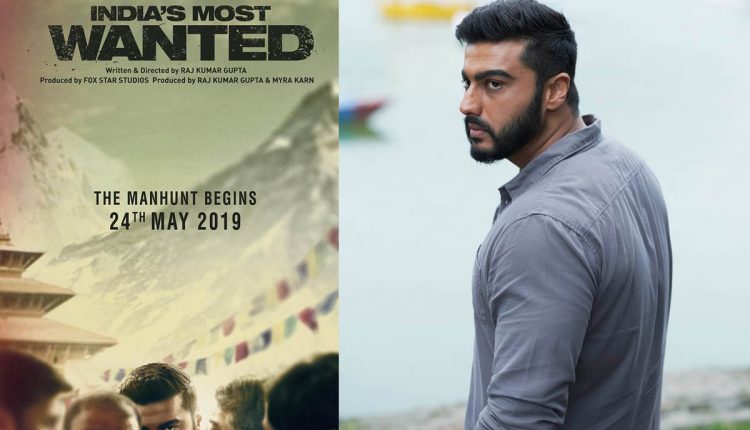 Arjun Kapoor’s India Most Wanted Teaser To Be Attached To Abhishek Varman’s Kalank!

The multistarrer Kalank, helmed by Abhishek Varman will have the teaser of Arjun Kapoor’s upcoming film India’s Most Wanted attached to it!  Abhishek Varman and Arjun Kapoor go a long way! One of the most successful films of Arjun Kapoor, 2 States, was also helmed by Abhishek Varman. The film roped in a lot of appreciation for Arjun and also turned out to be his first film to enter the 100 crore club. The teaser of India’s Most Wanted, directed by Raj Kumar Gupta will be released digitally on 16th April (Tuesday, Tomorrow). The film is an espionage thriller and inspired from true events. India’s most wanted will bring alive the manhunt of capturing the most wanted terrorist, without firing a single bullet. Arjun Kapoor will be seen playing the role of an intelligence officer for the first time on celluloid.India’s Most Wanted is produced by Fox Star Studios, Raj Kumar Gupta and Myra Karn. India Most Wanted releases in theatres on 24th May 2019.

The Evergreen Bollywood Villians Ranjeet, Gulshan Grover And Kiran Kumar Had A Gala Time On The Kapil Sharma Show

MARATHI THEATRE IS BACK IN ACTION IN YOUR LIVING ROOM ON JULY 12 WITH MOGRA, THE…

HOW SOME TIK TOK STARS BEHAVE BADLY WITH THE MEDIA