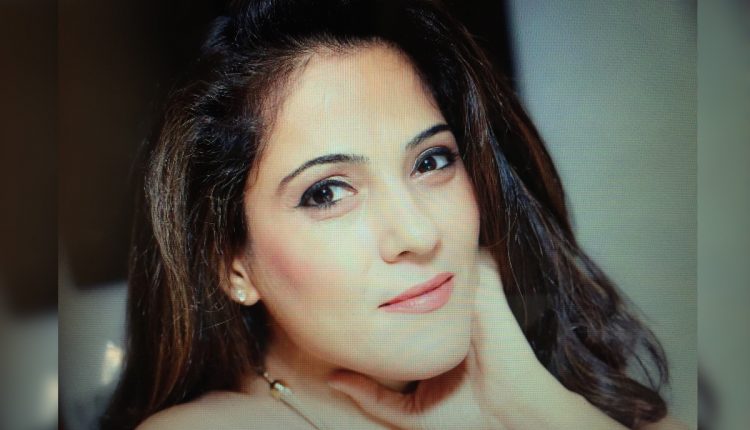 As A Designer Any Platform Or Medium Is Big To Showcase Your Craft: Reena Chopra

A fashion designer plays a huge role in a daily soap or in a film. A designer depicts the reel look of the character which helps the viewers to understand the story better. Reena Chopra, who is the mind behind the fabulous look in many popular shows, is currently styling Dipti Kalwani’s popular show Sarvagun Sampanna gets candid with JYOTHI VENKATESH about the amazing looks on the show!

In 2001, I became a fashion designer after graduating in the same course. I was fortunate enough to work with designer duo Abu Jani Sandeep Khosla in the film Devdas. It was a big break for me. I was also supplying stuff to high-end designer stores.

Which was your first show and how long has been the journey?

My first show on television was Agle Janam Mohe Bitiya Kijo. It was a great platform to begin with. Post that, the shows that gave me fame were Saraswatichandra with Sanjay Leela Bhansali and Dil Sambhal Ja Zara, Kuch Rang Pyar Ke Aise Bhi, Namkaran etc.

What brief you have been given for Ek Bhram Sarvagun Sampanna? Please share. How has been your association with Dipti Kalwani?

The brief of the show Sarvagun was given by Dipti Kalwani. She wanted me to make this show believable and as real as possible. It had to be such that people in metro cities and remote places could equally relate and take back some style quotient from Janhvi. We have not made Janhvi only flashy and blingy but tried to make her real. Expensive fabrics like taser silk and benarasi have been used but in a toned down manner with jewellery. Even the saree drapes are real. We have not made it the way it is used in the ramp. We made it really like a rich Indore based family.

Most of the daily soaps costumes are loud, and not common in our daily life, Sarvagun has some great costumes which looks normal and the colour combinations are also nice which are the things you have kept in mind while designing the costume for the show?

The colour combination has also played a huge role in the costume. We are trying to make everyone’s costume real. We have used oxidised silver jewellery which is not regularly used in daily soaps. Keeping the character in mind, every minor detail has been taken care of. Television has this taboo of certain things like negative characters will wear only black, transparent laces and all. But we have broken those myths and taboos. We tried to go different and we are happy that we have been successful in establishing that. Attention given to detail is the key to create an understated yet impressionable look.

Do you feel films has more scope for a costume designer what is your take?

As a designer, any platform or medium is big to showcase your craft. Television gives you that creative space, liberty and you get the result immediately. We can keep trying to give our best on a regular basis. On the other hand, in films, you work very deeply at one go. That needs a lot of research. So, it’s great to work on both mediums.

Currently, what are your forthcoming projects?

I am currently working on a web-series and a film. The TV is an ongoing process for me for the last eleven years and the way television has embraced me has been very encouraging. Dipti Kalwani has been a great source of strength and has given me full creative freedom and trusted me a lot. I am ready to explore further with her and others.

I Relate To My Character In A Lot Of Ways: Ishaan Singh Manhas

Why Isn’t The Feature Film Inspired By The Life Of The Villain Pran,…

Raaj Kumar They Said He Was Mad, He Believed The World Was Mad

Johnny Lever Anything Is Possible With The Power Of Prayer. I Don’t Work Miracles. I…