Asha Bhosle Who Once Stood Out Of Studios

She is undoubtedly one of the most valuable things to happen in this century and especially in the history of Indian cinema and music. For more than seven decades, Asha Bhosle has been singing and swaying to the seven surs of Indian music and even creating her own school of music, the Asha Bhosle style of making music come alive like no other singer has. Her elder sister is the unpairable queen and Bharat Ratna of the world of music. Asha has had to live in the shadow of her sister for a very long time, till she found a man of music like R. D Bhurman (Pancham) who have her that memorable song “Dum Maro Dum” in Dev Annad’s cult film, Hare Ram Hare Krishna and have her an Indian film music a new lease of life which she has been living with the kind of zest and zeel that can put singers of today’s generation in the shade.

She was the mother of three little children when she was still struggling to find work as a singer. Her sister, Lata Mangeshkar had already been taken notice of and had become the Nightingale of India, but Asha who had the same guru as Lata (as their father, Pandit Deenanth Mangeshkar) but she had to wait outside recording studios and the music rooms of well-known composers to be recognised as a voice to recokn with. They all wanted her to sing like her sister, but she knew that she had the ability to sing in her own style and stood by her belief in herself which ultimately paid off and she was soon as popular if not as powerful as her sister. 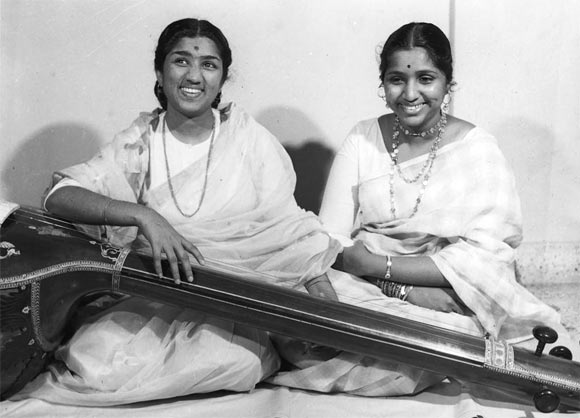 She sang in any number of films made in almost every Indian language and tried to retain her own style of singing. However, there were not many who were willing to accept her even as a close second to her sister. This kind of competition between them led to some kind of real or imaginary rivalry between the sisters which was made use of by the gossip mills, by experts in film music who wrote volumes, some for Lata and very few for Asha. In the early nineties, the well-known film maker, Sai Paranjpye made a veiled but almost opened reference to their rivalry in a film called “Saaz” starring Shabana Azmi and Aroona Irani. The sisters were very angry with Sai to make a film about them, but Sai said it had nothing to do with them and was a creation of her own imagination, but those in the inner circles of music knew what the film was really all about. There were some experts who were willing to do anything to prove that Asha was a more versatile singer, but they couldn’t touch the greatness of Lata whose growing popularity made life insecure for Asha, but she did not give up hope.

And then came that path-breaking song, “Dum Maro Dum” which Asha admits was the beginning of a new life for her and she gave all the credit to her husband.

Ever since that song, she is known as the voice of the youth and she has lived up to that image down the years and at eighty-four while other great singers, even her sister Lata who has gone into her shell, Asha continues to rule the hearts of music lovers of all ages.

Asha has cut any number of music albums, the best being the work of the team formed by R. D Bhurman, Gulzar and herself.  She has been a part of other album, but none of them came up to the standards of her singing with R. D Bhurman and Gulzhar. She still misses R. D and his style of music and him as her constant source of inspiration, but she carries on her one-woman battle which she keeps winning even at eighty-four. 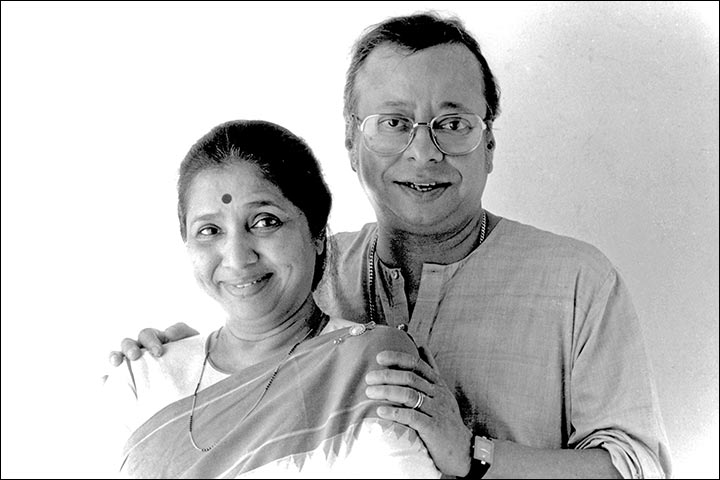 When a new generation of singers threatened her, she took to performing abroad and was soon performing in almost every city of countries like America, Great Britain, Singapore, the Gulf and even in undreamt of place like Egypt.

Asha was not only one of the best singers in the world, but was also a very clever business woman. She with her manager-son, Anand Bhosle set up a chain of hotels in different parts of the world with one common name “Asha’s”.

Asha has proved to be the entertainer par excellence in keeping with the changing times and has now even taken to performing and dancing to her own songs. She has formed teams with other actors and singers, the latest being the actor Sachin Pilgaonkar who has just turned sixty. Her passion to entertain has even made her cross some of the greatest tragedies in her life like the suicide committed by her daughter Varsha who was a known writer and the death of her composer-son Hemant Bhosle who died of cancer in Switzerland even as she was performing at a show in Singapore, but she did not stop the show with the belief that the show had to go on.

There has been endless talk about Asha living with the entire Mangeshkar family at Prabhu Kunj on Peddar road but spending very little time there and she has now finally moved out into one of the most splendid apartments in Lower Parel, occupying an entire floor of Casa Grande one of the best known buildings in Mumbai in which some of the richest people live.

Does it mean that Asha Bhosle who once stood out of studios is one of the richest woman in India? 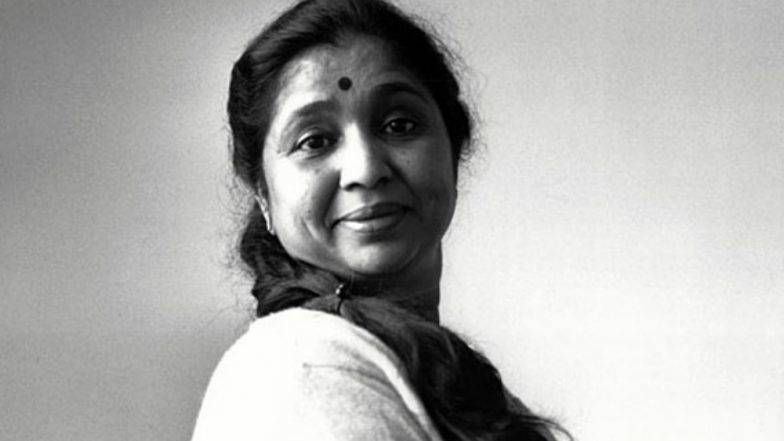 Followers and devotees of Asha are still firmly of the belief that Asha is much more talented as a singer and some of them wonder why the Government of India can also be biased against her and why there cannot be two singers of the same family who can be conferred with the
Bharat Ratna.

Asha is still booked for shows all through the rest of the year and I wonder if there is going to be a stop for this woman with amazing hope.