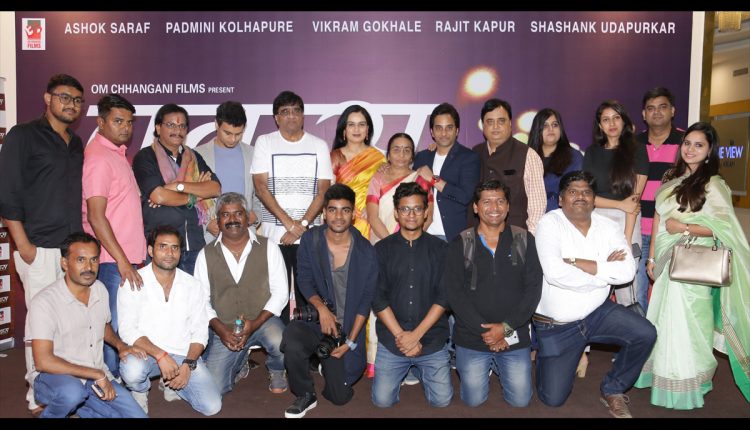 ‘Pravas’ or journey is an indivisible part of our lives.  ‘Pravas’ or the journey which begins from the time we are born, teaches us something new at every turn of our lives, thus enriching our lives with the cumulative experiences. Presenting a different perspective of this journey, the movie ‘Pravas’ very recently had its grand muhurat.Veteran actor Ashok Saraf and actress Padmini Kolhapure, from the Hindi film industry, will be acting together for the first time in ‘Pravas’. Vikram Gokhale, Rajat Kapoor, Shashank Udapurkar and others are also acting in the film.Ashok Saraf expressed his happiness in being able to portray a different role in his fifty year old career. He hoped that ‘Pravas’ would give the audience a totally different experience. Padmini Kolhapure was happy that after a long time she was going to act in a Marathi film ‘Pravas’. Director Shashank Udapurkar said that the movie ‘Pravas’ which says that ‘what remains is special’, is a very special movie for him. He said that working with the veterans would give him valuable lessons. Producer Om Chhangani said that his wish to enter the art world was fulfilled by ‘Pravas’. He thanked all the artistes. The shooting of the film will commence soon. The film ‘Pravas’, produced by Om Chhangani Films, is written and directed by Shashank Udapurkar. Cinematography is by Suresh Deshmane. Well known music directors Salim-Suleman from the Hindi film world start their journey in the Marathi film industry with ‘Pravas’. The lyrics are written by Guru Thakur. The background music is by Amar Mohile.