Nushrat Bharucha to feature in music video along with Atif Aslam

Pyaar ka Punchnama fame Nushrat Bharucha is now all set to feature in a music video. The actor was last seen in the movie Sonu ki Titu ki Sweety and will now collaborate with Atif Aslam for his next. The actress is very fond of Atif Aslam and excited to get featured in song titled ‘Baarish’ with Atif. The song will be picturized in Los Angeles. 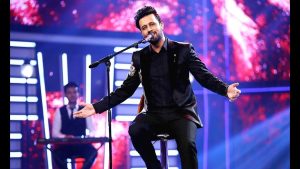 Talking about the project, Nushrat told IANS, “I am very excited on this collaboration. I love Atif as an artist and I am fond of his music. So I am hoping that the audience will like it too.” 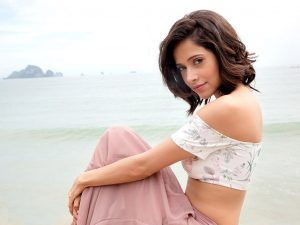 The song is being produced by T-Series, the house that backed Sonu ki Titu ki Sweety as well.

Talking more about T-Series, she said, “T-Series is the biggest production house to have so many videos, artists, singers, music composers under their belt. After what ‘Sonu Ke Titu Ki Sweety’ did, it was almost like whenever, however, they said that let us do a video I was more than happy to be a part of it. It has been an amazing experience working with Bhushan (Kumar) on this film and T-Series and I would love to work with them at any point of time.”

Apart from Baarish, Atif has also crooned a romantic song for Race 3 which is written by Salman Khan.

SHAHID KAPOOR OPTS OUT OF IMTIAZ ALI’S NEXT

SONAM KAPOOR’S ADVICE TO JANHVI KAPOOR FOR HER BOLLYWOOD DEBUT