The other nite it was the celeb-studded grand launch of Australia’s popular with family and friends Cafe known for its high-quality food and variety of drinks and amazing ambience now in Mumbai, Aromas Cafe & Bistro in Oshiwara, Andheri (W) with Beer & Wine theme. Vindu Dara Singh was the early-bird who came with his wife Dina Umarova. So did politico Krishna Hegde. Noted Bollywood writer-Director Neeraj Pathak whose movie Bhayaji Superhit starring Sunny Deol and Priety Zinta is ready for release, actor Mukesh Rishi, actress Deblina Chaki, singer Madhuri Pandey, anchor-writer Sweta Sharma strolled in to wish this new outlet all the best. TV-actor Rakesh Paul came later with his lady-friend and was seen enjoying the ambience. The talking-point among the guests was the top quality of the food like the honey chicken with mashed potato, fish,Thai curry et al served there. Currently, Aromas have several branches in Mumbai with launch of few more outlets on cards. General Manager Abhishek Gaba who spoke to media was optimistic about the success of the Aromas brand. Pics By : Ramakant Munde 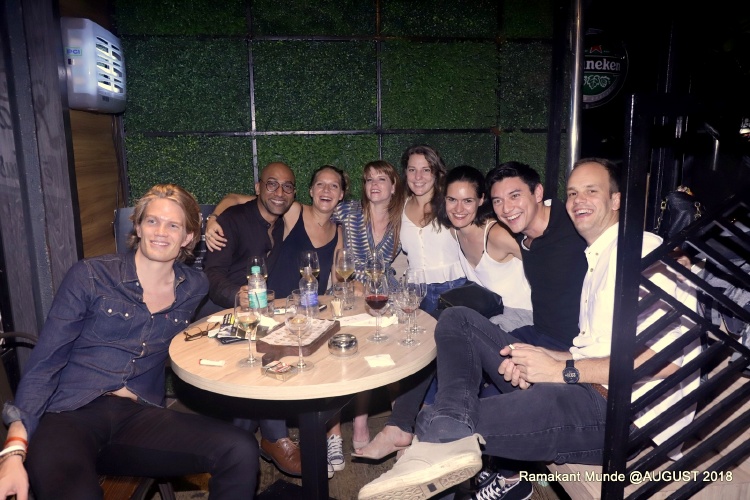