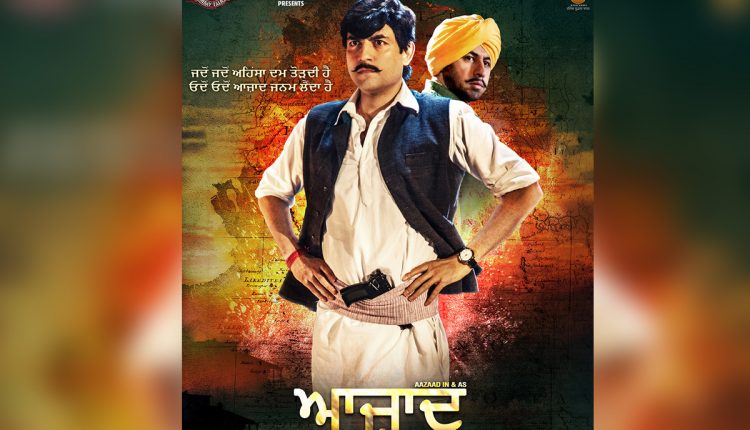 Azad: A Biggest & Mightiest Punjabi film ever made by the pillar of Indian Cinema, the Bombay Talkies Studios

Azad, the Biggest and Mightiest Punjabi film ever made by the pillar of Indian Cinema, The Bombay Talkies Studios is ready to release. The film is based on the life and times of the greatest Revolutionary Chandrashekhar Azad which is written & directed by military school student and Filmmaker Aazaad. Aazaad who is also a Researcher, Thinker, and Philosopher, he strongly believes that a great medium of creation like cinema has no boundary of religion and language.

He also believes that this film “Azad” is the need of the hour to salute the pride and might of Punjab. It’s a tribute to all the revolutionaries who gave their life for the motherland. Aazaad’s sole purpose and wholehearted intention are to spread the thoughts & philosophy of the forgotten hero in a very comprehensive manner globally. This remarkable film is presented by the founder of Bombay Talkies Gharana, The Legendary Rajnarayan Dube and Nationalist Organization Azad Army.

Golden days for the enlightened audience are coming with the splendid comeback of Bombay Talkies.

Shilpa Shetty “My mother has sacrificed a lot for me as she had put her life on hold to let me fulfil my dream!